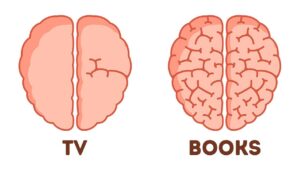 Your brain is an Unused Resource

It is what most rainmakers do. Start using unused resources.

Rainmaking is a business/industry distinction.

There is a business that does so-so. A new CEO or leader comes in and restructures the company and their results go through the roof.

But the same thing can be done on any level, including the level of the person, or your own self. Your own life. 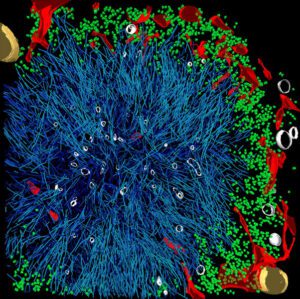 The secret is to wear a new pair of glasses that says: I have unused resources… and I am investing my time and energy in the same old same old unproductive place.

You see that doing it for yourself immediately creates a conflict.

Humans want to be right. But not just right, but retrospectively right.

So they explain and justify to avoid having been wrong, to avoid to look bad. And that is what happens with most people. 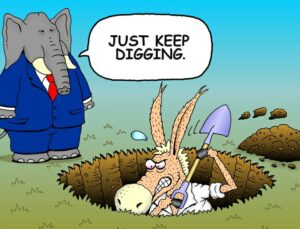 There is a saying: if you are in a hole, stop digging… or something like that. But most people keep on digging. Justifying and explaining is one of those ‘digging’ moves… Will Rogers aptly said: Never miss a good chance to shut up

Anyway, it is a human misbehavior to keep on adding, instead of

1. removing stuff that doesn’t get you what want, i.e. the strait and narrow
2. using what you have fully.

I think that there must be a natural law that if you don’t use what you have fully, you’ll get less and less…

Maybe that is what the Bible says: For to every one who has will more be given, and he will have abundance; but from him who has not, even what he has will be taken away

I am almost sure that it is a mis-translation… and instead of ‘has’ it should be ‘uses’… But who am I to argue… even though I am sure.

Anyway, back to unused resources…

It is worth examining what causes one to abandon, not use, not value the existing resources.

I have found two ‘invisible’ dynamics that always result in abandoning what works, abandoning using what you have.

–narrow cone of vision… aka not seeing the big picture… including the context.
–haste, eagerness

When I observe myself, I have to say and remind myself that slow is smooth and smooth is fast.

I have a hasty base personality… Temperamentally I like to jump into things… And lose. I don’t mean I like to lose… I do lose every time when I jump in hastily. What is there is greed. Greed to win, greed to get it over with, greed to feel smart. Greed to get away from the discomfort of not knowing.

Even if you have the DNA capacity open. Why? Because you can’t see when you don’t look. When you are in hasty or eager mode, you are not looking.

You can be in that mode about eating, about sex, about money, about anything.

This is one of the areas where a higher TLB is a lifesaver.

Deliberate is the opposite of hasty. Self-possessed…

When you are greedy you are not calling the shot, you don’t possess yourself, something else possesses you, and wags you like the tail wags the dog.

One of your unused resources is your brain and brain power.

I am starting to pay attention that I am in an intellectual decline mode.

What I could do easily a few weeks ago I can’t do it. Neither easily nor at all. 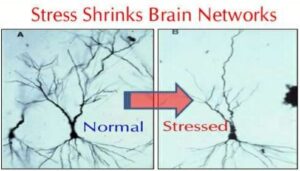 I am resisting going into full blown panic… or even to a little panic. I choose to be curious instead. I need to keep the panic at bay.

What did I do? I must have done something different for such a strong decline.

I ask Source: is it the food? is it what I drink? is it no exercise?

Turns out it is what I occupy my time with…

I have been watching Netflix, reading inane, linear books written by linear thinkers.

The brain prunes itself, its circuits mercilessly when they are not used.

I think that the world’s IQ level is dropping into sharp decline because of this ‘what you occupy your time with’.

Following a book or a video along without setting a focus, for example, causes mental decline.

Being in my classes but thinking about your own stuff causes mental decline.

It is true in every area of life, but it is most obvious in the brain: if you don’t challenge the brain it will slowly become unusable.

I noticed that there is an inner voice that has been insisting that it’s not worth it. That no matter what I do I am going to die.

I think that when your attitude is ‘no matter what I do’, Bach energy #42, then you are not going to challenge yourself. You have already given up. In essence it somehow says that it’s hopeless. And it causes the emotion: resigned and all the activities consistent with that… passing time.

So what can you do if you find yourself in that state?

You need to find something that will make it worth your while to live as if you mattered, as if what you do mattered.

It’s challenging, but you can do it.

You may need to remind yourself, after you find that something, many times a day, but unless you do it, you are waiting for something outside of you to give you meaning, and that is a horrible place to be.

You need to remember the Hillel lines: If am not for me, who is for me? If not now when?

So what am I inventing for myself so I can get back on the ball again?

I am not sure if this would work for you, but I think it will work for me.

My sentence is: ‘I will be alive while I am alive… today is not a good day to die.’

This works for me, because for me ‘alive’ means growing. Not growing, for me, means dying.

But if your meaning for alive and growing are different, you must examine them, and create something that will help you get back into growth mode… and stop declining.

Humans are designed to enjoy using their bodies and their brain.

That is why humans like puzzles, games, because using what you have is enjoyable. And middling through life has none of that enjoyment.

So if you find yourself looking for something to enjoy, make sure you pick something that challenges you. Because life without challenge is boring, and almost insufferable.

Most books are written in a linear ‘first this and then that’ style.

In addition to truth value, I should start measuring the ‘linearity’ of books, so I don’t end up again making my brain prune itself.

I have had a shortcut: if it is written by a woman, then I don’t read it. That includes Jane Austin…

Why do women write in that style? I think that it is because they think that way. They see the world as linear. Not even a third dimension. Unless, of course, their training adds a third, fourth dimension. Their brain is capable… but it needs to be trained.

Seeing the big picture aka the context while you see the steps as well depends on this training.

I measure this in the Starting Point Measurements in measure #32. How many pieces of information can your brain hold at the same time?

If that number is one, you need to work on making it at least 2, so you can actually do the work I teach. So that you can produce the results someone with a better brain can produce.

The same capacity, being able to hold more than one thing in your vision at a time is also the brain requirement when you want to see that there is nothing wrong in reality, which is, maybe, the cornerstone of becoming a human being.

This is secret of people who can do algebra… you have to hold two things in the brain at the same time and see their connection.
It’s not born with…

What would help you develop the third dimension in your thinking?

About a year ago one of my students took it on herself to learn collaging and do many collages to keep your Sight capacity open.

We were in almost daily communication during those months.

I asked her to make collages on a theme: hold the idea, the context, the theme in mind and allow pictures on magazines to say: I belong.

You can make collages with a linear thinking brain and they may be pretty but not transformative.

You’ll find illustrations, but that is not the job. Illustrations are still linear. 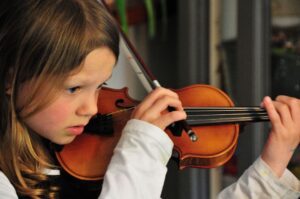 The pictures in the collage have to have seemingly no connection, and yet…

That ‘and yet’ is the third dimension.

Being able to see the clouds in the sky and the sky at the same time. Even when the sky is behind the clouds. 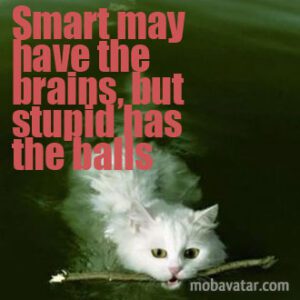 panicThe code word is ‘at the same time’.

I have instructed my collaging student to start doing collages again.

What are you going to do to open the third dimension for yourself?

Obviously everyone’s brain has the capacity, but what opens up a capacity is the use.

Most of you, probably, don’t even know what I am talking about.

Let me know what you are going to do to develop it.

And because of this, being trained in communication can have a chance to open up the capacity… because it is needed.

Our next course is the Communication Workshop.

Why? Because I only want to work there with people who have invested in, who have thought ahead of time, who will likely to actually learn to communicate… learn the power, learn the magic, learn the art of communication.