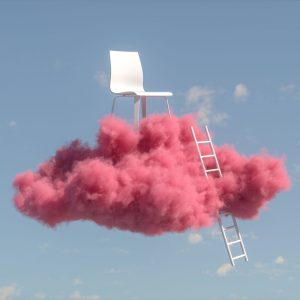 Ever since last Saturday I have been observing myself putting myself down, devaluing myself. Telling people I am not such a good coach, etc. etc. etc.

I know what happened. I know exactly.

I watched this guy’s videos, I read his testimonials, I heard his superior facility to guide people and take them where he wanted them to go. I watched his 24/7 tireless enthusiasm to turn marginally interested people into fans. And I compared.

It sounds innocent, doesn’t it? And yet, it’s toxic. Totally damaging to who you are. You never see anything on its own right: your mind is incapable to see that way: your mind compares. Even our science is that way… and the result: a humanity where only a grand total of 10 people can thing, can be an original thinker where  the whole things is independent of what is… no comparison, not improvement, not the opposite, just is… on its own right.

And it’s totally human to compare and perceive the whole world through that simple action.. It is also totally mind. Let’s see what we can observe about comparing:

When you compare people

Source, on the other hand, doesn’t play god. It has a few moral codes for conduct, rules that you violate when you compare.

So, where would you start if you want to get rid of this impediment, this misery maker: comparing?

Though ultimately you will be the beneficiary, you can’t start with yourself. If you try, you’ll flip into an even worse pit… out of which it is even harder to get out. Don’t tell me I didn’t warn you!

So, this is what you can do: you bring nothing to the present, then compassion and then validation to the “picture” that you normally would judge.

This is the closest at this point where you will get to seeing things without their reference points, the way the mind does. No meaning. All meaning comes from the past, from what has already been seen, and therefore all meaning makes what you see not stand alone…

In the beginning it is going to be step by step, it will take thinking, it will take generosity… but with practice you may be going to be able to live that way, it is like changing how you breathe… not a big process, but you still need to be mindful, be present, pay attention… can you see that??

The question that may come up: do you have the capacity or do you need an activator? What capacities will you need?

Let’s me distinguish the three capacities so you know you are using them and can do more of it.

You can see that after exercising these three capacities, you won’t really be judgmental of the other person, you can’t, or not really.

Now, let’s turn it around: If the person you are judging is you, the process is the same, and the result is the same. You really can’t judge yourself: your actions are going to be consistent with all those “accidentals.”

The real question, in the quietness that suddenly enters your judgmental mind is: what can I do to change the accidentals?

What can you do to change the accidentals?

If you immerse yourself in a new culture that does that, please know that as soon as you leave that immersion, the old stuff will be back full tilt boogie.

The only methodology I know that effects you on the subconscious level and therefore causes permanent changes is activation while connected to Source. Update: with Avatar-State activators, because I include the energy of the connection, you don’t need to be connected… But you still need to work on it.

It’s also the most inexpensive, least time-consuming way: after all Source is doing most of the work. UPDATE: half of the work… you still need to do the other half!

I have been playing the Abundance Avatar State Activator in my office/kitchen/living room for years now.

My accomplishments are totally due to that audio. OK, half… because of co-creation.

OK, when I originally started to play that audio 24/7, 70-80% of my income came from another business that was incompatible with this one, where I work to raise the truth value of people’s worldview and consequently raise their vibration.

In that other business I catered to people’s baser desires, and of course I made a lot more money. Just look what YOU spend your money on…

Once the conflict between the incompatible businesses became intolerable for me… I had to become willing to let go of that income, and put all my eggs in one basket.

It was terrifying. For months I was late with my rent. My account was overdrawn in the bank. I needed the uplifting of the Avatar State Audio.

The avatar state activator’s energy lifted me out of the scarcity thinking (me thinking that it was never going to work) and instead look to see what I needed to do to make it work.

I cut expenses. I created new products. I raised my prices. And managed to return to the income I had before I dropped the income source that was counter to my declared purpose: I work to raise the truth value of people’s worldview and consequently raise their vibration.

But that doesn’t men you have to, personally follow suit. You can allow Life conduct ‘business’ by those rules, accept what happens, and make something happen if you so please.

And the condition I mention in the title of this article is gratitude. An act of gratitude where instead of hoarding the credit, you give credit where credit is due… when you quote, when you use something you leaned, heard, so you keep acknowledging the source of what you use.

Why? Because, believe it or not, this lands on the Universe’s lap as a request… and without a request the Universe would violate the first law… the free choice.

Is the what I am saying true? Muscle test says yes…  But it is not magical… or automatic like you hoped it would be.

Ultimately only action creates results… and you have been stingy in that regard. You have been hoping, and wishing, and praying, but without action you don’t really ‘ask’… the real asking is you going halfway ahead…

The body knows… but who listens… right?

You can get the recording in my mobile app that now is also working in the browser… i.e. on the desktop.

Go to step 2
Don’t worry if you don’t have an account yet… the software will guide you.
on the upcoming page a graphic comes up. Scan it with your mobile and it will take you to where you need to go.

4 thoughts on “Two rules of engagement and a condition…”