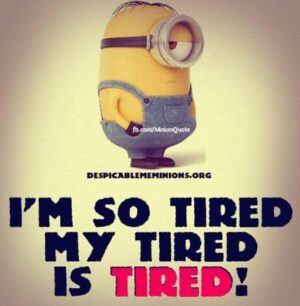 I am tired. The kind of tired that doesn’t want to budge from sleeping, or resting. It is not ordinary tired.

I have had it before.

It’s between my ears. Mental tiredness… I think.

My hunch is that there is an emotional component that keeps it stuck. So I don’t worry about it… Nothing wrong, nothing to fix. I don’t even try to fix… Well, I just let it be.

I teach and I consider it a principle:

What you allow to be will allow you to be.

Whether it is fear, or pain, or anger, or disgust, or being fat, or in this case mental tiredness. I allow it to be.

It is like a guest that isn’t leaving. If I focus on him, maybe her, then it is a bother, and eventually I’ll dig myself into poverty, because I either pay attention to my work, or the guest. So I let the guest be, and they will move out when they are good and ready. Yeah.

And in the meantime I don’t worry about them, I don’t pay attention to them much. I consider it the weather…

So even though I have this uninvited guest, mental tiredness, I can do everything I can normally do… and there you have it: I am free to be whoever I want to be.

But that would be ‘not allowing the tiredness to be’. It would be using it as justification why I can’t do what I said I would do: write an article every day.

So there you have it.

Most of my students are underachievers.

My guess is they under-achieve, meaning their results in life are below what they could be given their abilities and knowledge. They underachieve because they fight or accommodate stuff they don’t want… like my tiredness.

They give that thing their attention, their energy, their everything, and very little if any at all to what would produce results.

Life is quite unforgiving. What you give attention grows. And if that is not what you wanted to grow: hey, you are sh!t out of luck buddy.

This week I had a few private sessions. Maybe that’s why I am tired… Because some of those calls were like going through mud… left me muddy.

The mental tiredness I feel occasionally is their everyday reality… they just have no comparison: they are never free. They have never allowed what bothers them to be… And so it doesn’t allow them to be either.

…something that they want to, need to, should, really have to fix. Or hide. Or explain. Do something with. 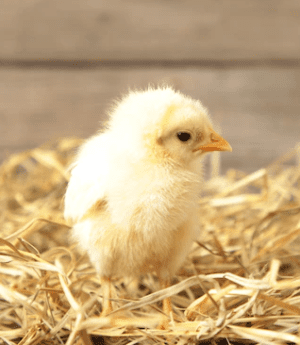 When I was really little, maybe two years old. It was Easter and I begged my mother to buy me a just born chick with a little basket. She did. We put the basket next to my bed when I went to sleep. The light was off, and I was wide awake. The chick was making noise. I thought: the poor chick is cold while I am under this nice warm blanket. So I took the chick to the bed with me…

Next morning I woke up and found the chic flattened… I rolled over it in my sleep.

I considered myself a killer, a murderer until 1996, where I got this distinction, or principle if you like, in a course. Whatever you allow to be will allow you to be.

I cried. Allowed myself to grieve for the chick and I was free. I allowed myself to have been a murderer. So now it is not there to dance around every moment of every day: I can just be. And do what I need to do.

I don’t know about you… I had stories like that in abundance.

And over the years, every time one came up, I looked at it, smelled it, tasted it, and let it go. Allowed it to be… even the occasional meaning… Even that I allowed to be.

Even meanings can keep you hostage. And meanings are very resilient, they don’t like to be changed, so you just let them be.

Meanings like ‘I am stupid’, or ‘I am worthless’, or ‘I am unlovable’, if resisted, if given significance by attempts to fix it, can take over your life.

They are meanings, not the truth. They are the uninvited guest in your house: they will either take over your household or they let you be. But if you want them to let you be, you need to allow them to be… first.

I know of a man who cheated on his wife.

She found out. He stopped the cheating, but he hasn’t allowed the idea that he is a cheater and she may want to leave him go.

So he keeps worrying, he keeps begging her not to leave, he keeps bothering her.

Her job is to let him be… or let him hang himself, metaphorically. But some guests can just do what they do, other guests keep pestering you.

If it is a person… maybe you need to ask them to leave. If it is an idea… just allow them to be. Starve them of attention, starve them of energy… they will fade away.

Guess what: I don’t feel tired any more.

So where do I teach this allowing?

To tell you the truth, I haven’t much taught it.

It is part of the methodology of getting to possibility. Part of ‘clearing the deck’…

You can only create something new from ‘no thing’, which means nothing clutters the space, the new doesn’t have to fight anything.

It is a skill, not really a capacity. And like any skill, it works like a muscle, the more you use it, the stronger it gets… and the opposite: if you don’t use it, it goes away.

It is the only valid and effective way to weaken a concern, to weaken what makes you a loser, or an underachiever.

It is also at the foundation of the Amish Horse Training Method: there, your job is to allow the noise to be noise, while you are doing what you need to do to have a good life.

That don’t mean anything.

I’ll teach this again in an upcoming workshop:

Clear the deck and then invent
No possibility has a staying power unless you clear the deck before you invent, and then continually…