I went to architecture school in 1966.

We were told, from the very beginning that we are taught where to find the knowledge, and not knowledge itself.

I took that to heart.

I didn’t even learn the formulas for calculating the size of building elements… Instead I paid attention to how they came to that calculation so when I need the formula I can re-create it. 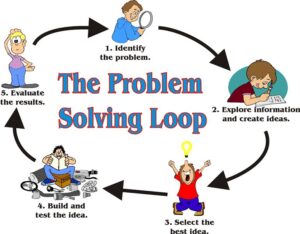 So when it was test time, it took me a tad longer than for others to come to the result, but to the result I did come correctly.

I knew my street address, I knew my phone number, I knew the date of birth of my parents, and the names of my deceased grandparents. I considered these not something that you can look up. 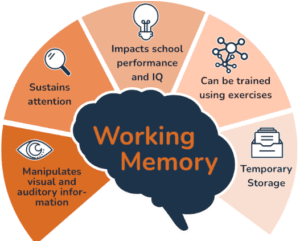 So I keep my memory banks empty or almost empty.

Memory banks are working memory and to be able to think, you need to have a lot of that working memory… to hold the stuff so you can see everything at a glance. Working memory is like a huge blackboard, the kind you see in memes about Einstein.

I am able to keep seven different things in my working memory, while most of the people I measure can only keep one thing, the one they are looking at. So when they look at something else, they need to drop the first thing.

Can they do logical or intellectual work, aka thinking in their heads? No, not possible.

People, you, have been listening, learning, just in case you may need it some day. You don’t.

If you can look in your memory and answer questions then the chances that you can think are around zero. There is no empty and available memory banks for thinking.

There are many stories about ‘idiot savants’.

I am using the expression to say: people who find solutions their educated peers can’t see.

One story is about a rock in the middle of where the road was to be built. The builders, all engineers, tried complicated machinery, but the rock just wouldn’t move.

A peasant came by and whispered under his nose the solution… ‘dig the hole around the rock and allow the rock to sink.’

The engineers tried it, and by golly it worked and the construction could continue.

…is also about a rock, pointing to a different aspect of education: entitlement.

Once upon a time, there lived a king in a country. One day the king ordered his men to place a huge rock in the road. They placed the rock. The king hid near the road to see what people would do.

Wealthy merchants and courtiers walked by the rock and did nothing to remove it.

Others complained about it and blamed the king for not serving the country.

Later that day a peasant came by. He had a heavy load on his back. When he saw the rock he stopped and put his load down. Then he started to push the rock. He struggled but eventually managed to move the rock to the side of the road. As he was putting his load back on his shoulders he saw a little bag lying in the dirt where the rock had been.

There was a note next to the bag saying the gold in the bag would belong to one who removed the rock.

And of course there is a third rock story…

…if I am not mistaken from your Bible…

Once upon a time, there was a man who was sleeping at night in his cabin. Suddenly the Savior appeared to him. He said that the man had work to do. He showed him a large rock in front of his cabin. He said that the man was to push against the rock with all his might. This the man did, day after day. For many years he toiled from sun up to sun down, his shoulders set squarely against the unmoving rock, pushing with all his might.

Every night the man returned to his cabin sore and worn out, feeling that his whole day had been spent in vain. Seeing that the man was showing signs of discouragement, Satan decided to put thoughts into the man’s mind such as: ‘You have been pushing against that rock for a long time, and it hasn’t budged. Why kill yourself over this? You are never going to move it!’ He was giving the man the impression that the task was impossible and that he was a failure.

These thoughts discouraged the man.

‘Why kill myself over this?’ he thought. ‘I’ll just put in my time, giving just the minimum of effort and that will be good enough.’ And that he planned to do until one day he decided to make it a matter of prayer and take his thoughts to the Lord.

‘Lord,’ he said, ‘I have labored long and hard in your service, putting all my strength to do that which you have asked. Yet, after all this time, I have not even budged that rock a half a millimeter. What is wrong? Why am I failing?’ To this the Lord said, ‘My child, when long ago I asked you to serve me and you accepted, I told you that your task was to push against the rock with all your strength, which you have done. Never once did I mention to you that I expected you to move it. Your task was to push.

And now you come to me, your strength spent, thinking that you have failed. But, is that really so? Look at yourself. Your arms are strong and muscled, your legs have become massive and hard. Through opposition, you have grown much and your abilities now surpass that which you used to have. Yet you haven’t moved the rock.

But your calling was to push. This you have done. I, my child, will now move the rock.’

I have dealt with all three kinds of rocks in my life.

I have outsmarted rocks. I have removed rocks. And I have been pushing against an unmoving rock…

I am not religious. I don’t believe in any deity or consciousness… so I need to do my conversations with ‘the Lord’ being both the speaker and the listener.

It is a unique aspect of all humans to want that.

Just watch little kids shout out to their parents: Watch me! as they are doing stunts, big or small.

But at some point we stop doing anything significant, so no one pays us any attention. Our lives stop being witnessed.

We pull into ourselves, while others do the same.

You give up. You resign. And you resent not being important, not being witnessed.

I don’t know what Source is that I talk to.

The Source that I connect to and in return the Source that helps me do unusual stuff, like download energy, or muscletest remote objects accurately.

I tell myself that I matter… that Source knows what I am doing, and feel better.

The moment you go to your mind, the storage device, you cannot connect to Source. And there you have it…

Everything you know. Every ’emotion’ you experience. Every idea you have is coming from the morass of that storage device… and you find yourself alone.

Because even when you agree with others on certain things, you disagree on others. You are isolated, and alone.

And that is the life of a human today. You feel inconsequential, powerless and lonely.

So what could you do different?

And maybe get some energetic support with my energy remedies… The Heaven on Earth aka Sleep Rescue, the Unconditional Love Activator, or the Effortless Abundance Activator.

They come in a 4 oz bottle in the mail. Or you can use the audios to make your own remedy. It only takes minutes to make, not like energizing water. Energizing water is a heavy duty restructuring the water… but the energy of the remedies goes between the molecules… so it’s fast…

Get your energy remedy
I may run out of labels… and send your order with the wrong order. For example I have run out of the Heaven on Earth labels… and having no car, no friends, have no chance to get new labels made.