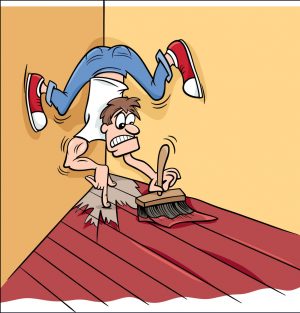 As I have said before: I play Freecell, a solitaire, to take me below the visible… all the time.

This morning I did a clever move… a few minutes later I saw that the clever move in fact painted me in a corner.

And that is, surprisingly, true about cleverness. At least if you use the word correctly… a rare phenomenon really… using words correctly. 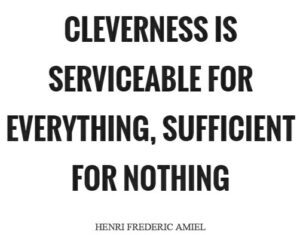 Cleverness is an agenda for quick gain, for an edge, for superiority.

It doesn’t care, doesn’t even look at the final outcome. It is like the ‘winning the battle, losing the war’ kind of move. Bravado. Brain candy. Losing, inevitably in the end.

Some of my students are clever.

Yesterday I lead my new course: Invent yourself, for the first time.

The course, because the participants have heard 90% of it already in other courses, was a potential invitation for cleverness. To listen to what they know… and miss everything that is new. Everything that will suddenly cause a breakthrough for them.

And insights invite people to take some NEW or new type of action. Only actions cause breakthroughs.

But as you can see, if people listen for opportunities to show how clever they are, they will miss the whole thing.

So I asked people to exclusively listen for the new… what they hadn’t seen, hadn’t heard before.

Except for one participant they agreed, and they heard the new… And I trust that they will have breakthroughs, maybe even the ultimate breakthrough. 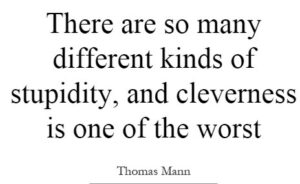 The one who kept on listening to how to be clever, how to disguise that she doesn’t want a breakthrough, not at the expense of giving up anything… of course kept on using moves that seemed to be working in the past: lying, pretending, using tone of voice to invite compassion or pity.

Here is the thing: if you cut your nose in spite of your face, a clever move, you are really stupid.

Clever is shortsighted… it is unable to see the big picture, neither in width nor in depth.

It is the #6 that does it… Unfortunately this lack of long range vision isn’t limited to #6… occasionally, like this morning, I fall into the same trap. I have no six in my soul correction

But whatever your soul correction, you want to go on the hunt of seeing and distinguishing for yourself this urge, this ‘cheap closure now’ energy that makes you gobble up lies, that makes you promise when you fully know you won’t deliver, that makes you feel that you won… but it’s a pyrrhic victory. 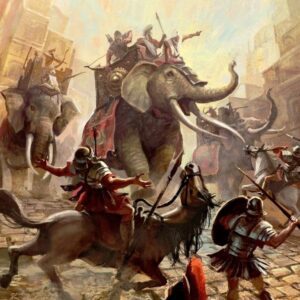 Pyrrhus was a king who fought an epic battle where he lost most of his army… even though he won the battle.

Pyrrhic victory as ‘a victory that is not worth winning because so much is lost to achieve it.’ The word comes from the name of Pyrrhus, a long-ago king of Epirus, who suffered heavy losses in defeating the Romans at Asculum in Apulia in 279 B.C.E.

He was clever. He lacked long range vision.

Now, what does this have to do with listening to me or one of my courses?

you miss the big picture, you miss the war… albeit you win the battle. You can feel clever. 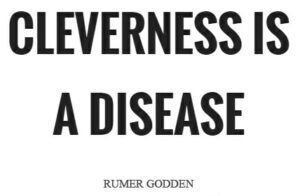 The difference in people after they agreed to listen to what’s new was disproportionate to the effort they had to invest.

It is higher mathematics… when you compare it to algebra.

But when you can listen to not how it’s difficult, not whether you can do it, but you listen to where it’s going, what is the long range vision, it is actually easy and simple.

But the guiding feelings are always bad.

So you don’t feel the guiding feelings… and until you do, you are not even seeing that you just screwed yourself. You can’t… after all you feel fantastic, clever, a winner.

In this work, consistent with the Original Design, bad feelings are guiding feelings.

The goal is to have no bad feelings, or hardly any.

Where you can achieve, and get what you want…

But if you are suppressing the bad feelings, or if you feel clever, you are stuck. In a small tight place with no elbow room to move, with no freedom to be. And no achievements.

You can get the recordings of this new course, if you want.

I think I will lead it again…

Can you get what you need from the recording? I don’t know… but you can prepare yourself for YOUR live session… where, of course, I’ll ask you to not be clever, not showcase what you have learned, but to listen for what is new, what you haven’t heard before.

Get the recording of the Invent yourself course 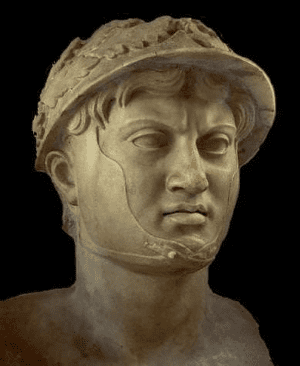 Observe the mouth… the pushing out the nose… disappointed, dismayed, full of contempt… the bile rising… He says: WTF?!

The rewards of cleverness. Make the same face using the same muscles… and experience the price of being clever.

PPS: One of my teachers talks a lot about strategy vs. tactics.

Tactics are clever. Strategy is intelligent.

Wars, lives, love, anything that is worth having is won with strategy. Tactics are pyrrhean victories… the victories much like those of a serial rapist. Offended yet?