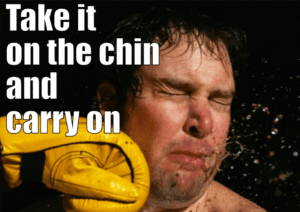 Real Royals take it on the chin… If you were really a princ(ess), you would too.

Disappointments, slights… yeah, those are what I am talking about.

I read every book some writers write. Or have ever written.

One of these is Neal Stephenson.

He newest book, Termination Shock, is about the global warming threatening most of the people on the planet. 104 F in England?

One of the main characters in the 716 page book is the Queen of the Netherlands.

Because we are talking about expectations, and entitlement, and ‘due to me’ I am looking at the book and the character of that Queen.

I have no idea and haven’t checked if the Queen of the Netherlands is at all similar… this is fiction, and I am working with what I read in the book.

No one SHOULD be more entitled than the queen of a country… right?

This queen isn’t… so it begs to ask the question…

I ask Source!… Is this normal?

And to my utter surprise Source says: yes. Hm. Why would that be?!

If you are a queen, it is due to the title to get whatever you are supposed to get.

The eight billion does. If you are now part of the eight billion, you’ll need to consider if you have the title to expect things due to the title. If not… expect nothing. Neither success, nor failure.

Our Queen crashes their royal jet… and has not a bad word to say about that. She attends to what she needs to attend to so they can be OK… and have no public echo to the crash.

Then she joins in with some off the grid people who can safely take her to Texas where she is due in a few days for a meeting. She eats what they eat, she sleeps where they sleep, she is totally and 100% stoic… nothing pulls her out of her equilibrium. Not even inside.

She expects nothing, so when she gets anything, she is grateful.

You don’t expect that from royalty, do you?

Some of you fancy yourself special. Why? F… knows. No title, no position…

Some of you may even fancy yourself prince or princess.

You only know how off you are when you actually study an actual prince or princess… instead of imagining some innate right to expect anything other than what anyone can expect… which is preferably not a thing.

Unless your job is king of a nation. CEO of a corporation. Head of a church. Your expectations have never been put into an executive order… that everyone agreed to.

We could look at the Royal family in The United Kingdom… and explain a lot of things… what we would find there, underneath any unpeace, is expectation that is unfounded in the system.

If you are really loyal, you take it on the chin. If you aren’t… but somehow, by marriage, you are part of the royal family, you are sulking, and unhappy.

Or if you, as it happens, just made it up that you are a prince or a princess and the world owes you… then, of course, if nothing else, your behavior betrays you.

I had a fascinating (for me) workshop yesterday, called Moneyroots.

Everyone, I felt, expected to learn about money, to have more… and discounted the title… that we’d learn about the roots of your money situation.

I think nothing gives me a clearer picture of the roots than looking at money.

I have never met a person who, when asked, would not want more money. I even saw that if asked I would want more money… but tons more money. Doubling, tripling my money would not make a difference. But throw a ton of money at me and even, probably, my life expectancy would be higher.

At my age I have different options than most.

Anyway, back to the session.

Of course, as always, I came to the workshop with one question, to start it off.

Life has a nasty way to do a Groundhog Day on us… repeat situations to teach us a lesson.

And, in my experience, one tenth of a percent ever learn ANYTHING, let alone a lesson that is not spelled out.

The lesson to learn, the lesson that life wants to teach you comes without explanation. And yesterday I saw: even if it did, learning is near impossible without clearly getting the core of the issue.

The core of an issue is always a distinction. It is like punching a hole in the wall and looking through it and suddenly seeing the world anew.

Or all examples of what you needed to learn but you haven’t, through the distinction.

‘Expectation kills gratitude, whether the expectation is fulfilled or not’

And a secondary distinction was:

‘someone who is not grateful is repulsive, and repels what they want’

You now see, maybe, that having this lesson to learn, this as a festering issue is at the root of many people. How many? As many as 70% of all people.

Anyway… No one has the skills and knowledge to teach this stuff… so I am on my own.

Back to distinctions and the lesson to learn.

Many things cannot, don’t become useful knowledge until one can actually teach them… and even then they are just marginally useful. There is even a higher level… where it is a competence. Unconscious competence. When one doesn’t have to think of it… it becomes innate.

In the case of distinctions this is definitely so.

…maybe even a sub-category of distinctions… Most people I know can repeat the words (first level) but won’t recognize it… And surely can’t teach it and can’t live by it.

But you don’t have to be a billionaire… you just need to be willing to spend the time and attention to actually learn something deeply.

But the culture of humans is against it…

I have people write to me asking how much it would cost to turn DNA capacities on for them… all of them.

A DNA capacity is a lot like a distinction. It has its four levels of learning and without that the body turns it off again.

So you see, expectation seems to be the root issue that keeps humanity ineffective when it comes to happiness, fulfillment, love, and money.

Another thing about this root distinction: Some schools of ‘thought’ teach gratitude to people who want more, who want money, love, whatever.

But without addressing the underlying core issue, the expectation, the gratitude people have access to is fake. A pretense.

Groups of people whose religion or customs remind them with regularity to be grateful have more abundance.

Gratitude is a very interesting dynamic: it is a push. Like a jet engine. Ushes you upward. Toward Life. Toward the Light. And toward Abundance.

But as long as expectation rules one’s life, there is no chance for gratitude to be there…

One more thing: another name for expectation is entitlement. It is thinking that it is due to you. That ANYTHING is due to you. And you SHOULD get it, or it’s wrong that you don’t.

Whether it is knowledge, love, or money… it makes no difference.

If you can tell me what are the visible parts of this expectation iceberg, I’ll let you buy the recordings of yesterday’s workshop. You can’t… I won’t.

We had a short conversation about the distinction ‘driving your own life’ in the workshop as well. Turns out I don’t have that distinction myself on the fourth level… So leading the Learn to Drive Your Life workshop will be as much for me as for you.

You can watch the recording of my first attempt at it… it is a little over 4 hours long.

Yeah, what is driving your life?

It became clear yesterday that something must drive your life… if you don’t… when you don’t.

It’s a fascinating thing to look through that question… and it is even more fascinating and troubling what you see when you really look. And then you can see two things: 1. it is no wonder your life doesn’t give you what you hoped life could give you. 2. it is now mandatory that you learn at least the six most harmful machine-like drivers that use your life… and drive it to the ground.

Just so you know, those drivers are also distinctions… Huh? Yeah.

PS: Questions like ‘is it a right or is it a privilege?’ will be answered in another article. Royalty, abortion, freedom, earning a living… Life