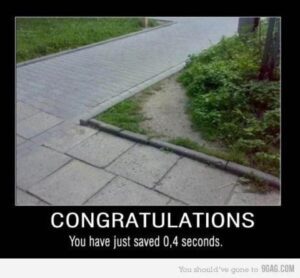 But business may be (it isn’t) about profitability, but life isn’t.

When someone asks me what is the surest path to Expanding Human Being, I always bring up Bob the Butler. Or the quote and principle from the Neal Stephenson book: Diamond Age. Start living an interesting life. When your goal is not to win every step of the way, it is not to shrink to the size that you can manage, but to grow through trials and failures to the sky: i.e. an interesting life.

As an aside, the film maker didn’t understand Bob the Butler, and depict him, in the closing scene of the movie as the patriarch, settling into “succeeded”. But if you watched the movie, you know that you can’t turn off being an expanding human being, so you know he’ll continue learning, failing, learning, failing… because that is the way to be as an Expanding Human Being.

So, you see, the behavior depicted in the following quote from the Monday Morning Memo, is the opposite of growing, it is shrinking.

When you look outside of business, the default context, the default purpose that runs the mind, is what causes shrinking. 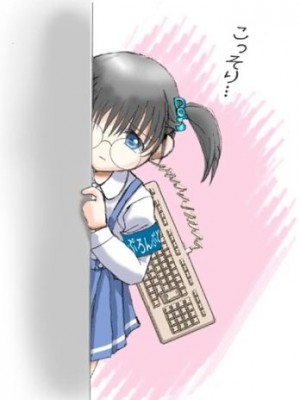 I just want to look good and make it… immediately wants you to settle to comfort when a certain comfort is possible.

Your vibration, a measure to how close your thinking and behavior correlates to the ideal, the Expanding Human Being, nose-dives and cannot be brought up with any known method: if you stay the same, your vibration will stay the same.

If you shrink, your vibration will shrink with you. You are trying to avoid the risk that Life is…

Interestingly, my two most educated students have fallen into this trap lately. And I cannot do anything for them: raising your vibration is not a “do for you” phenomenon: you need to do the heavy lifting.

You are not fooling anyone.

Shrink Your Way to Success?

As you suspected, the cafe owner didn’t lose his customers incrementally, but all at once. “The soup here just isn’t as good as it used to be.”

I was told that story by a multimillionaire Wall Street speculator. He says American businesspeople have a peculiar blind spot to the all-at-once backlash that comes from watering the soup. He said American businesses expect to see incremental declines when they are incrementally abusive, but that’s never how it works. When the wife packs up to leave, she takes the kids and leaves all at once.

The central belief of a cost-cutter is that profits rise when costs are lowered. And on paper, this argument is insurmountable because the cost-cutter’s forecast doesn’t project a decline in business.

In the short term, the cost-cutter looks like a genius.

Later, when customers quit buying soup and the business begins to circle the drain, the silly little cost-cutter becomes an even taller hero:

“See how smart I am? If I hadn’t reduced expenses, we’d really be in trouble right now. But with our new, lower overhead, we’re still profitable. I’ve saved the company.”

Don’t laugh. I’m watching it happen to a friend’s business right now and it makes me want to cry.

Shortly after we bought the plateau on which Wizard Academy proudly sits, the Chicago Tribune ran a fascinating story. These are the opening lines:

Fred Turner did not need to look at financial statements to know McDonald’s was in trouble. He could taste it.

The man who worked alongside founder Ray Kroc to turn McDonald’s Corp. into a global colossus, Turner noticed when penny pinchers at corporate headquarters changed recipes to cut costs. So when McDonald’s cheapened the famed “special sauce” on its flagship Big Mac sandwich, Turner knew.

McDonald’s was a magical corporation when it was in the hands of entrepreneurs. But then the conniving little accountants took over.

I did not say that all accountants are idiots. My own accountant, Adrian Van Zelfden famously says, “It’s usually easier to increase revenues than to cut costs. Don’t try to shrink your way to profits.”

If the accountant in you is trumping over the entrepreneur in you, your life is heading towards wretched. 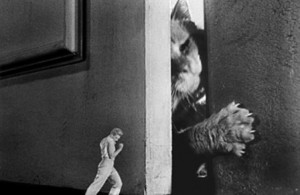 I know two chiropractors: one had a glorious ride for 20 years, and then his business flattened. He managed to see what he used to do to grow and stay growing, and is now returning to it. I am excited for him. Even if his business won’t go back where it used to be, his life is going up… and with it his vibration.

Another chiropractor has just recently contacted me. His competitors are siphoning away his clients, and he is feeling puzzled. He hasn’t hit bottom, but he should declare hitting bottom, it is useful when you plan a turnaround. You can plant your feet and kick off.

He can get his old clients back and more if he returns to growing, expanding, as a human being.

Fear of anything will make you want to shrink… just look at the porcupine. And the mind, the accountant of your life, will want to settle into cutting corners, and shrinking into comfort.

Who is running your life, the entrepreneur or the accountant? Your words mean nothing to me, only your results.

One of the things the Effortless Abundance Activator does is it discredits the mind… The more it succeeds the more abundance the activator will bring you.

PS: I made a new site just with pictures… some are really funny.