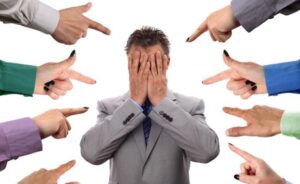 One of my students wrote: ‘I don’t know yet why I run from it, why is it uncomfortable for me to take responsibility’

This is an excellent question.

Why? Because every person that has ever been confronted, yes, confronted with the possibility to having their responsibility gene activated, has, so far, chosen not to use it, not to benefit from it.

What is responsibility in terms of the world? Blame. Duty. No fun.

What is responsibility in The Work?

It is power. It is magic. In essence it is making things happen. It is causing. Causing yourself, causing your choices, causing your attitude, your words, your actions.

When you cause your power, you cause your word, you have access to declaration. To Commitment. To results that fall outside of the power of people who don’t have responsibility.

And yet, everyone has chosen to not take on the power of responsibility.

Psychologists have been saying for some time, that when people given the choice, their eyes are always on avoiding loss… not on gaining anything.

While people think that their desire, their ‘love’, etc. can lead them to great achievements, the reality is that human nature is more concerned with avoiding pain.

And unless pain of not being responsible is bigger than the pain taking on responsibility seems to bring, they will always choose to avoid responsibility.

But they have never tried it. They just have a bad feeling about it…

And that bad feeling, like the monster that is hiding under the bed, keeps them never trying.

I used to be afraid of driving. My parents convinced me that I had no reflexes, and I’d kill people if I ever drove.

When I finally, at age 30 started to take driving lessons, I found it exhilarating to cause the car to move because I push the gas pedal.

Causing anything is exhilarating. Magical. Better than sex… at least for me.

Until that point, age 30, I didn’t have the experience of causing anything… So the contrast was clear, and I was sold.

The same year I started causing. I started to make things happen

Of course bad habits are hard to beat… and I had those in spades… but ultimately that first experience causing the car to move was a turning point: after that I was looking for opportunities to cause, and eventually that took me to a life I love and a life that I feel is a perfect match for me.

Every choice, every instance of causing had an element of risk and therefore fear and trepidation with it.

Because I had known real pain…

You see, I think that people who have had an easy life with virtually no pain, no hardship, have never learned that they can deal with anything. 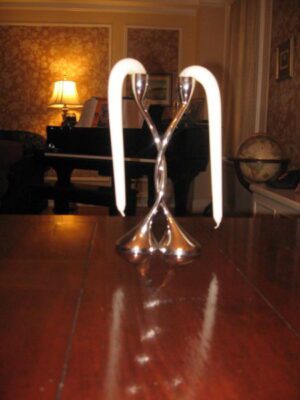 I am deadly afraid of physical pain. But I have had it, and I am still here. So that fear doesn’t tell me what to do… if the pain will come, I’ll deal with it.

But just look how people reacted to the angry husband slapping the joking comedian, who said something unkind about his wife.

The whole world was upset… For a slap?

I was slapped and more every day until I moved out of my parents home at age 24. NO.BIG.DEAL!

So when my clients are afraid to be responsible, I know that they are too soft, too spoiled, too weak. NOT resilient.

In the Starting Point Measurements I ask if the person I am measuring has enough energy to do The Work… But instead I should be asking: can they deal with the pain that is caused by The Work?

Because, of course, there is pain.

All those are words for pain.

And then there is the moments when you choose, carefully, after considering that it may not work. That you may find failure. That you may fall flat on your face… That moment, those moments are painful… No doubt about it. 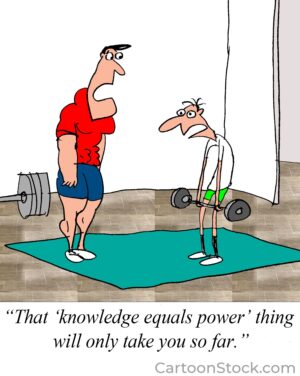 But if you learn to deal with pain, any pain, any shame, any bad stuff… then you can live life powerfully.

How do you do that?

While I am relatively fearless in the world, some things scare me enough so I avoid them.

We are all home to contradictions… Choose what wars are worth fighting, and you’ll be OK. If the war of Life is what you avoid, then my classes are not a good place for you to be.

Can today’s homo sapiens become a human being?

Yes, but not without responsibility.

Responsibility is the threshold capacity…

Thus far none of my students have allowed it to influence them and their lives.

And, like any other capacity, any other distinction, when someone wants it to be a driving force, they need to take it to unconscious competence.

Most people have never taken anything to unconscious competence. Not anything.

Yes, you can do things… but did you consciously learn to do those things well? Do you do them well?

I don’t think so.

And if you did it once, did it become a habit? To learn to do things well to the level of excellence?

The reason so is that learning is painful. So you stop at some level and say: it’s good enough.

Some has some natural inclination to some things… so you don’t have to learn to do it… and then you stop. Never learn to go beyond and experience the pain.

Source asked me if I can train homo sapiens to become human being.

My answer is: it’s possible but not likely. Unless the pain drives the person, instead of stopping them, no chance.

And it can be any pain. The pain of not knowing how to do something. The pain of going beyond where it’s comfortable. And the pain of having been ahem less than honorable, less than great…

No pain? No gain.

I see that there is a need to a program where you can be trained… and at this point I don’t have one. The structure I envision is this: You come to the Moneyroots workshop. I do the work with you where we see what is the dominant invisible dynamic that is robbing you of power. And if you sign up to the coaching program I design a set of actions that you need to do to increase your ability to control the fear of pain, the laziness, the things that hold you back so you can have a chance at a better life.

I’ll only offer that coaching program to people I have had a chance to fully analyze.

I have just changed the date of the next Moneyroots workshop to Tuesday August 2nd. 2 pm EDT.

Get the Moneyroots workshop
PS: You need a coach. Why? If you had the ‘power’ to do it on your own, you would have done that… I’ll pick and choose who to take… If you are a lost cause… I won’t take you.