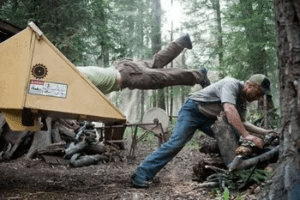 You live in a machine. The machine lives your life for you

We could maybe even say: what is your vibration? Your vibration depends on to what degree this machine is running you and your life. The more often it does the lower your vibration.

The only real enemy of this machine is responsibility…

Without responsibility, at this time, and maybe forever, the machine is running unimpeded.

While this machine is functional, the only real thing about any human is: they will do what feeds the machine.

I don’t know who first revealed it…

The machine doesn’t like itself to be revealed. It works best in hiding. When it is not obvious it’s a machine.

Studying it, if you have a chance, you learn why your life is unfulfilling, why you are never joyful, why you may not want to do anything, and why you, like a dog on a scent, never look around and enjoy life.

Life is beautiful, but even when you hear me say, you don’t likely look around and see… you probably mumble to yourself: maybe for you.

The machine and you are co-conspirators: your efforts are designed to make you look and feel like a victim… even though you are the perpetrator.

If you stopped the perpetration, the machine would have no fodder. It would lose its energy, or most of it.

The secret underbelly of the machine is the accounting or bookkeeping…

Profit is getting something for nothing.

On the positive side of the accounting ledger is what you get. The currency. It is all ego-based. Looking good. Being right or at least more right than others. Winning. Arguments, the upper hand. Dominating, justifying. All the things that reward the machine.

On the cost side is everything what Life would want for you. Health, wealth, love and fulfillment. And, of course, self-love. Self-respect.

The machine may give lip-service that they want what Life wants you… but to get the ‘income’, the looking good, being right… etc. you need to pay and pay with health, wealth, love and fulfillment. And, of course, with self-love. 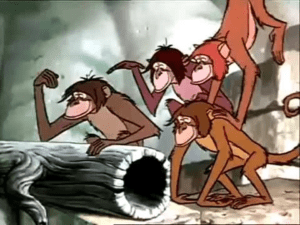 It’s part of the design. They call it the human condition. The Bandar-people…

We read about pitbulls that maul their owners to death and we are horrified. No one considers that when you breed a dog to be an attack dog, you may be the one who gets attacked.

What humans try and have been successfully avoiding is what would take them to the next level of evolution… Responsibility.

Of course you cannot get what Life is offering you, health, wealth, love and fulfillment. And even if you get some semblance of that, you won’t get self-love… hell no. Because deep inside you know. You know you are the perpetrator.

So what do you perpetrate?

You have been perpetrating a lie.

The like is some form of ‘I cannot’. Not exactly that, but in essence it says that you cannot possibly provide for yourself, do what you need to do, play the game of Life the way it is to be played… You are incapable but entitled.

Now, the biggest danger to a lie is to do or say anything counter to it.

I am sure some of the fairy tales where some person uses a disguise to go out to the ‘people’ and do things that in their normal environment everyone knows they can’t.

No fairy tale continues after the big victory…

We live an age where allowing the machine to run full tilt boogie is still allows you to eat, have roof over your head, and never learn to do what is yours to do.

But when I go back to some fairy tales I see that in the ages where survival wasn’t almost guaranteed, the poor needed to look around and see what they can do to eat, to sleep, to survive.

Today’s human never looks around. And to boot, has a cone of vision, what they can see without moving the head, only a narrow slice. Mostly so small that in total darkness a penlight would be enough to see it.

No need for it… Moreover, if they looked wider they would see all the things that would bring them fulfillment, health, wealth and love… and they would be attracted to it and accidentally reveal the original lie that they cannot.

Is there a way out of the machine? No, says Source.

Instead, the machine needs to be managed.

But when you look, all your efforts are to eliminate, to fix what is wrong… and you never learned to manage. Manage yourself, manage your actions, your attitudes, so you don’t get in the way of the machine… or anything.

This machine isn’t wrong… even when it chews you and your life up. It is a machine, like the pitbull is a trained killer in the Long Island NY story yesterday.

Would simply telling the truth about the original lie make a difference?

But then, again, the ‘worst thing will happen’… you now are responsible. F….u…ck!

But if you are willing to say… ‘hey, I am responsible for what I said. And I lied, OK?‘

And then you’ll say: ‘The truth is: I can learn to do anything, and I don’t need alms, and handouts, and sympathy, and attention, and ‘respect’, and validation, thank you very much.‘

And in that really uncomfortable new reality you’ll be a complete beginner. A babe in the woods. But you’ll be you.

And you’ll start learning life, learning skills, learning how to take care of yourself and your needs. Instead of claiming yourself as a hapless victim.

Source says: you can.

Some will, most won’t. Because they don’t have to. They can stay in the machine, and continue getting the unearned goodies they extort with their victim-act.

And quickly look and consider if it is worth running this machine and suffer the consequences.

The faster you can arrest the machine the smoother and better your life becomes.

In the past year I let the machine go a minute or two into its cycle only once… It was horrible. It reminded me how I used to be, flying off the handle, into superior rage, calling people stupid. But I managed to stop the machine.

The more diligent you are about this phase, distinguishing, the more reliably you’ll recognize the machine and have a choice to arrest it or run it.

The machine is called The Racket… and I have been teaching it for at least 11 years.

In The Racket course have put four videos on a page. Four videos I created at different times with different participants.

Not surprisingly, your money is entirely dominated by this machine. So obviously in the Moneyroots workshop what we reveal is YOUR machine. Its roots. The original lie… that you perpetuate by saying: it was true.

It was never true…

And the machine wants it hidden.

In this regard it is a lot like the Matrix…

Apropos The Matrix. If you watch that movie, and hold in your mind this machine so you can distinguish it in Neo, you can see that at some point he needs to make the same choice I am asking you to make. In the movie it is the blue pill or the red pill.

Anyway, whether you are new to The Work, I recommend that you learn to recognize the machine and learn it through seeing examples of it, so you can internalize how to recognize it. And that you identify precisely the original lie…

In the upcoming Moneyroots workshop we’ll do that.

If you wonder how my machine works and damages my own life, here is an example. It is current.

A few months ago I turned a meditation type program into a coaching program.

When I set up the enrollment page, I wasn’t thinking and the machine kicked in… and I unwittingly priced the coaching program at ten dollars a month. 13 training/coaching sessions for ten bucks. I didn’t catch it until months later.

I have been working with those people at about five-six bucks an hour. Not per person. Per the group. My normal rate is $250 an hour… but the machine doesn’t like it…

Through money it is easier to see the machine’s move, the trigger and the original complaint. That is why I am now doing this distinguishing work through money.

The workshop is called Moneyroots, and so far no one wants to do it, apart from some die-hard people who will take all my courses but never do anything with them.

If no new people will sign up, I will cancel the series… and it will be your loss.

If your machine jerks like mine, your life is hellish… and will remain so.

Moneyroots: get to the root of things
PS: I just had this insight: you don’t want to know anything. You just want to GET more money. And you want me to tell you how… You want me to give you a hint how to breathe, or a meditation technique, or some other woo woo thing… And you surely don’t want to find out that you are the perpetrator not the victim.

If this is true about you, I’d prefer that you get the hell off my page.