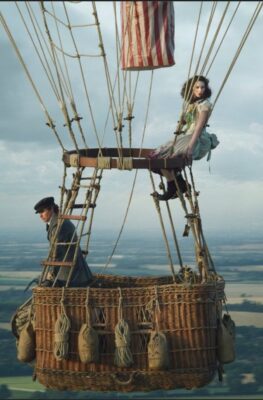 One of the signs of intelligence is for someone to be able to see and actually see the big picture.

To see you need to look. Look and see.

Most never look. Or when they look they are looking for something, which means they narrow their cone of vision… to minuscule width.

Results: most people never see what there is to see.

But that is not valuable. That is a ‘so what?’ 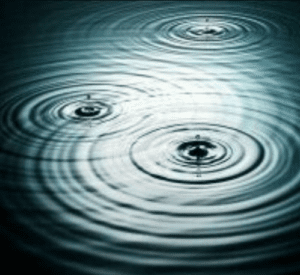 For a decade I was trying to teach distinction with the color exercise… But what I got back is the looking for.

To learn distinction, you need to look this second way: not know what you are looking for so what is worth seeing will show up.

The ‘looking for’ way is forceful. And useless, for our purposes, to allow you to see what’s there so you know what is the water you swim in, what is the floor you walk on.

Imagine standing on the shore of a lake. Imagine looking at the lake, at the sky, at the birds, and then, unexpectedly something emerges from the calm waters of the lake… A diver, a buried treasure, a dead body, a fish.

If you expect it to come… you are fixating your glance on the water… forcing.

We don’t know what it’s going to be. But we trust that it’s there. It needs to be there because the visible parts are there… The tip of the iceberg is there. The misery.

We may blame something for it, but the cause is invisible…

In yesterday’s session of my core group, the group that assists me to drive up and look at the hidden dynamics and invent ways, when seen, to manage it so it stops robbing the participants of happiness.

Without seeing what robs you of happiness you can’t manage it.

With the ‘looking for’ method you catch the visible part, and force it. Nothing changes, you just get busier and ultimately not happier.

Without truly allowing that invisible to become readily visible, even before it fully emerges, you need to learn to look widely and deeply in the allowing way. And then, instead of forcing, trying to fix, or denying, you need to gently manage not it, but yourself.

The core element, the essential element of everyone’s machine, the machine that chews up your life, is the idea that there can be anything wrong in the universe.

It is an entirely human idea. An invention. An opinion. And one that is deadly.

The idea that you know what is right and what is wrong is eminently arrogant.

In that you place yourself above your god… who purportedly said: it is good.

Your whole existence is built on the foundation that there is wrong and there is right, and you know which is which.

When I confront you with the idea, you pretend to change your mind, and you say, ok, it’s not wrong, it’s OK.

No. And this is where that darn ‘looking to see’ comes in.

You need to be able to see what you see as wrong, so you can let go of that, and allow the thing to be what it is.

Global warming, rude people, ignorance, the Holocaust, war, suffering, pain, illness, death, too hot or too cold, insect bites, putting on weight, the mess your cat made in your living room, the internet being slow, being late, not being able to sleep… every instance of wrong… until what is not wrong is a whole lot more than what still is.

I have been doing it now for a few years.

I started it when I watched a video of a Holocaust survivor woman tell her story. She managed to not make the Nazis wrong for it. And she was happy.

I watched my mother be miserable… another Holocaust survivor. Then I watched myself full of hate and bitterness.

I said: I want what that woman in the video has… (I can’t find that video now. Hell, I guess it is politically incorrect to be happy and not blame others for your unhappiness.)

It started me on my journey. It was the second time I set out to find out what it takes to have what I want. I knew I wasn’t entitled to it. I knew I needed to EARN IT.

The difficulty of not making something or someone wrong peaked when Trump was elected president. That was an even harder wrong to let go of. But I did. And then came the rest of the world, all the other ‘wrongs’…

Today I don’t make anything wrong. I don’t see wrong anywhere. I have preferences, but that’s all. And I know what I’d like to see, but I don’t impose that rule of mine on the world.

I had a self-test this morning: I listened to an article where some dude, the owner of a social media in Pennsylvania declared that this is a Christian country, and everybody who is not a Christian is wrong, a liar, a traitor, blah blah blah.

Yeah, that was a tough test. My instinct was to be up in arms about it… To blast them, to tell them how they are wrong. And then I let it go. It is what it is. I can see that it is how the Nazi party started, that lead to the second world war, the Holocaust. I can see it. And, I have, obviously, my preferences. But it is what it is. It’s not wrong. It has been long coming.

History repeats itself… It’s not wrong. It is what it is. A machine.

And now that I have calmed down, I return to training my people to see themselves, to see that they have right and wrong, and to let them go.

Am I going to succeed? Probably not. Isn’t that wrong? No, it is what it is. I have my preference, but it is MY preference… and I own it. Just because something goes against my preference it isn’t wrong. Even though I am an atheist and feel smarter than your god… lol. That was a joke. I actually like that your god said: ‘it is good’

Although I would prefer that god had said: ‘It is what it is’ lol.

Now what should you do now? Nothing… lol.

The next workshop is tomorrow at 2 pm EDT. I priced it rock bottom so anyone can do it, moreover anyone can afford to do it many times…

Here is the link:

Get a glimpse of what keeps you down