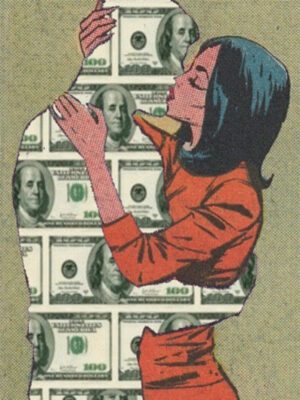 I thought I would report on the Moneyroots workshop… given the seemingly no interest… Four people, the same four people paid for both workshops.

That made it very easy for me: I didn’t have to repeat anything… I am not good at repeating, my brain isn’t good at that. My brain is like the adventurers of the North Pole… may stop to sleep, to refuel, but then it charges on.

Anyway, forgive me when I say it: anyone who didn’t sign up is a moron.

Would I have signed up? I know I would have… and in the second workshop it came out clearly and cleanly: I have had real issues with money since I was three… and my mother created an association between having money and a certain behavior…

What were the topics we covered?

This could be an attempt to write a sales letter… let’s see if it turns out that way, shall we?

Now, why did I say that? Because I work, I run my business under the flag: exclusion… I want to get rid of people who aren’t a good fit to what I teach.

I could also say: the Anna Karenina Principle. Or the strait and narrow.

Get rid of all the wimps. Get rid of all the ‘she wants to sell me something so she can make herself rich’ type of people. I do not want to have them in my class… Even though I found out yesterday that one of my most steady participants thinks that about business… but not about my business…

But I am getting ahead of myself. 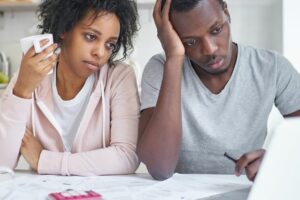 In the first Moneyroots workshop we started out with your most fundamental beliefs as how money is, should be, ought to be…

We found there expectations. Expectations of it being due to you, just because.

All expectations are of the immature mind… childish. And of course it doesn’t matter how old you are, underneath of all those wrinkles, gray hair, manliness, you are a little boy or a little girl who is entitled, even though the people in the workshop all had their DNA adjustment… so now it is just a stuck attitude.

I have found that those expectations, entitlement feels right to people… and you won’t consider them bad unless we look at what is the tradeoff…

Yeah. You have never thought of that… As a child it was an evil parent that punished you. If you were inculcated with Christianity, then it was god, the peeping tom, that you had to fear.

When you made faces, you were told if you do that your face will stay that way…

So in this regard you have remained ignorant, and so you never seek to change your behavior because you think that it doesn’t effect anything, not you, not your life, not others.

So back to expectations, back to entitlement. What is the tradeoff? 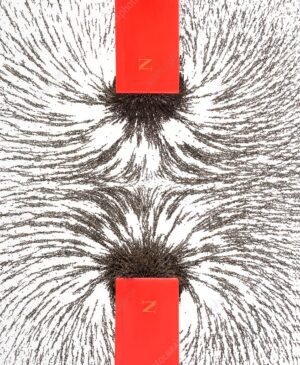 The tradeoff is you repel what you want. When you expect you CANNOT be grateful for what you get. It is your due…

But ingratitude, taking things/people for granted is appalling, and repelling. Repulsive. It’s an energy that broadcasts itself and repels everything and everyone… Like Scrooge did.

When people learned that that is a 100% consequence, they were more likely to look at their ‘innocent’, childlike expectations as harmful.

Expectations also prevent you, block you from actually seeing how the world works. In reality you need to work for what you want. It is not coming to you.

And yeah, negotiating for it is also work. Just ask the hard-working negotiators!

Now, I know you don’t think that you are one of those man-child types… and yet I say 100% of people carry that attitude to adulthood, except maybe the 1000… they learned the lesson somewhere, and this is one of the main reasons they are at the top.

Even if you think that just because you are smart you’ll get stuff… it is still the same… don’t be daft!

In The Work the technology is to emphasize the cost, the tradeoff, the bad stuff…

I measure a program’s effectiveness by the changes in someone’s numbers. What numbers? The ambition and the desire numbers.

Ambition is your jet-engine, desire is your propeller… propeller pulls you, jet-engine pushes you.

Your dreams, your aspirations are a propeller… and a weak one at that. They can seemingly take you right there… because what you want is in front of you. When it takes too long to get there, the pull becomes negligible, and you quit.

Your tradeoffs, your cost are a jet-engine… they never go away, they never get too far, they are right at your tail… ready to bite it… so if you are aware of the, you’ll move…

If and when someone’s numbers don’t change from high desire/low ambition to higher ambition/lower desire, the program didn’t work for them.

Why? My hunch is they mentally blocked seeing the tradeoff.

Every course, every TED talk, every book that says ‘keep your eyes on the goal’ are promoting propeller. When Simon Sinek says: the why… blah blah blah… you can make what he says useful by choosing your ‘why’ as the tradeoff, the cost that you don’t want.

So instead of reading the inane 7 ways to get what you want, you whould be better of seeking out the ‘7 ways to be broke, brokenhearted, and unfulfilled’ and then… listen up, get intensely curious what is underneath the bad attitude, the bad behavior… and attend to those.

And no, don’t try to fix them… find the belief that is underneath that bad stuff… And when you see it, spend some time seeing it everywhere.

That is the technology of The Work.

Once you see that it is everywhere, in every area of your life, you’ll naturally turn away from it… and use it as jet-fuel.

Here are a few of those that we discussed in the two Moneyroots workshops:

You are always unhappy and unsatisfied with where your life is going… while never considering that it is your life and you are supposed to drive it. Huh? I thought so.

You and your value

But when you learn skills, when you get excellent at what you do, when you invent new ways to provide more value… you didn’t get better, but the value that you can produce and SELL is higher.

This is a huge issue for most people… they are so full of themselves how valuable they are, how much they know, how high-minded they are, and yet they are not valued higher than the next guy. 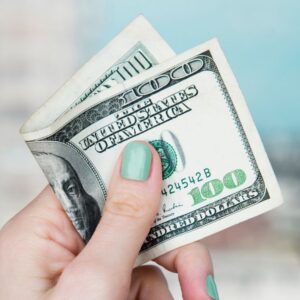 I have readers who send me emails.

From their email I can see what they value. And what they value in me is exactly what they want everyone to value them for… They don’t use what I teach, because they think they don’t need to… If you DO anything then you, in essence, confess that you are not valuable without what you do.

About 30% of my readers think that. They think that knowing more makes them more valuable.

I have a secret for you. Raising your vibration won’t make you more valuable. What it can do is make you clearer, calmer, and more effective at providing value to others. Learn and apply skills that produce value for others. But you, yourself, are exactly as valuable at 70 vibration, 100 vibration, 200 vibration, or 990 vibration. No change in your value. It comes with the package… But what you can do is different at every vibrational level… What you actually do? It depends on what you will do… 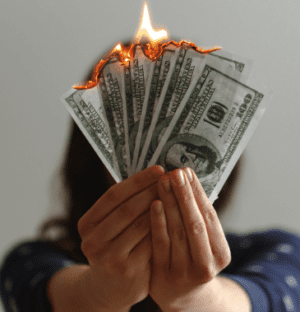 It was a ton of fun, and surprisingly faster and more effective that any other course I have ever run.

The numbers changed for three of the four participants. The fourth? You can’t help everyone. His numbers actually changed for the worse.

I will look to see where I am going to take this concept… The Moneyroots concept. I’ll let you know.

For now you can buy the recordings of one, the other, or both.

In my opinion this workshops are worth a lot… so I’ll raise the price or pull the offer at a near point in the future. If you want it at the rock bottom price, you better get it now.

Get the most effective program I have ever produced
And of course how you do anything is how you do everything: if and when you learn the truth about how you jinx your money, you also learn how you jinx everything… and if you don’t just learn it but actually use it… you’ll be an all around happier person.

…I knew a person who wrote a book: Dating Your Money. She despised me. She thought very highly of herself, and very poorly of me.

I just checked. She is now a highly visible trainer, and broadcaster… and miserable. Her vibration is 100. Whaaaaaat happened?

She, unwittingly, is still considers her money her value… and it is never enough… is it? People always value you less than what you value yourself? So therefore no amount of money will make you happy… if you are a victim of this mistake.