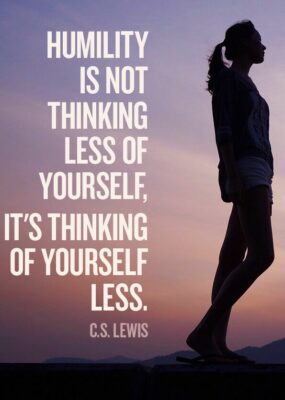 You see unless you master this skill… unless you can reduce your about-me score to under 10%, your chances to interact with reality are slim… and for many people the chances are none.

And, of course, unless you interact with reality and do the things reality suggests you do, you will be poor, you will be wretched, and you will suffer in all the ways possible.

Now, because for me it is an unconscious competence, because I never had to learn it, I have spent the past 24 hours looking.

Looking where? Looking at what I do… how come I don’t get hooked for longer than a few minutes even when things don’t go well… and given the extreme heat of this summer, given that raccoon on my deck, given the flea infestation and the hundreds bites that itch like hell on my ankles, my ability to not get hooked has been challenged 10-20 times a day.

You need to be free to look at reality for the hook even to exist.

So what is the hook?

You are probably more aware of the inverse of the self-concern: wanting to be right, wanting to look good, wanting to be considered relevant, important, smart, good, what have you.

It is all the moves of the racket… so we could say that self-concern is just a different way to look at the racket… the machine.

And, of course just like there are loose machines in Las Vegas, there are people with a very loose machine: they get hooked even from the thought of being slighted, blamed, held accountable, or threatened in any way.

Let me quickly explain what I mean by inverse. Let’s take a glass half full. The inverse of that is a glass half empty. It is the exact same reality, just looked at through a different filter.

There is a definition of humility that is good, although it takes more intelligence than is normal to get it. 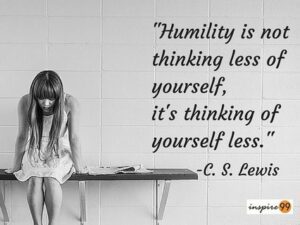 It says: True Humility Is Not Thinking Less of Yourself, It’s Thinking of Yourself Less. -C.S. Lewis

So the self-effacing, humble servant is not really humble… they think themselves and behave as if they were less than the other person… While a self-confident person with personal authority can be humble… because they think of themselves less… they think of things, of people, of ideas, but not themselves.

I told you it takes considerable amount of intelligence to grok something as counter cultural as that.

I have been called arrogant by many, maybe even all. But my humility score has been under 10% for decades… while my accusers’ was in the high 90’s… they were offended by my self-assuredness. They felt it trampled on their self-image of smart, and important… or whatever it was.

I am going to give you a few examples from the past 24 hours where I got first hooked by a self-concern, and then thought better, and unhooked myself.

I noticed that while I was trying to prove that I was smart I was tight, I was overeager, I was miserable waiting to happen. When I was by myself I felt really helpless, and stupid.

But when I let go of the whole idea of smart and stupid, I actually saw things I could do that when I was in the smart/stupid mode I could not see.

So after that time I started to notice when I would get tight, my muscles in my shoulder and my neck, and pay attention to what was going on.

As soon as I notice the signs of being personally offended… the corners of my mouth curve downward… I say… heck… and I let go.

Today I saw a charge on my paypal for a subscription. I must have had a trial of, and didn’t cancel. I saw that in the normal course of things I would get miserable. But today, instead, I told myself: just look and see what you can do… If anything, and instead of pretending to be a victim, just swallow the charge and cancel the subscription. I called the company, and to my utter surprise, they offered to refund the fee… and of course cancel my subscription.

I spent a total of five minutes altogether, finding out what to do when someone wants to cancel. The crucial element here was to take the responsibility… that made it an ordinary transaction, no emotional charge, so it was fast, and I wasn’t attacking the support person on the phone.

I inadvertently caused a flea infestation in my house. Flea bites are very itchy, and I could have gone into a tizzy that takes me out of the game of life for days… Instead I do what I can for 2-3 minutes a day, and the rest of the day if a flea bites me, so be it.

So this is an every night activity. I need to get through the compulsive scratching, the tightness, the resistance to fall asleep. This is the 7% about-me score… almost all of it has something to do with sleeping… or not sleeping.

I don’t know if this is useful for you or not… You’ll let me know, OK?

Instead of resisting doing it, I change the attitude from having to, as if it were imposed on me, to ‘It’s all in a day’s work’… so OF COURSE I am going to do. Of course…

You may not share my worldview… so you may want to turn around your attitude and say ‘I want to do it’, or maybe ‘I get to do it’ whatever it is you are resisting.

Experiment and let me know how it goes.