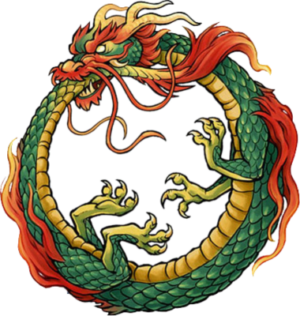 One of the undistinguished urges is ‘cheap closure now’.

When you are looking for something through a filter, you’ll see nothing else, but what the filter allows you to see.

Your filter is most likely your worldview…

When you see a problem, you immediately look for a solution… it is human nature to do that. But the nature of reality is that every solution comes with a cost. And often the cost is a bigger problem that will plague humanity with huge problems.

One of the worldviews that will match this urge, cheap closure now, is the worldview that says: ‘It’s not worth it’.

Not worth investing the time and the energy to look deeply and plan out a solution or a path, to do the work, to do anything.

And then, like the fleas in my office, jump to anything that is warmer than the air. And if I am lucky, it’s not my ankles… but the soapy water I put down as a trap. They jump and they perish.

People who never amount to much, people who need to be told what to do i.e. they have a job, have this in spades. Because if it is not worth it, then the person won’t be inspired to do it, their spirit is dead or plays possum.

And, of course, the nature of reality is that what you really want is on the other end of effort, effort over time, and not instant.

In fact we humans never appreciate anything instant. When I say ‘appreciate’ I go to the root of the word: ‘consider it precious’, i.e. value it.

In fact humanity as a whole has no capacity at present to value anything, or to even see that they could.

Just imagine yourself walking up the steps. Do you value the steps? You don’t. You take it for granted. But without the steps you wouldn’t have access to upstairs, or wherever the steps go… But then you don’t appreciate, you don’t value where you got upstairs either.

Interestingly the DNA capacity is called RESPECT… that simply means: after you looked once, you suspect that there is something there to see, and you look again, now deeper. With a different attitude. To value. To appreciate. And to really see what’s there.

No one looks twice, or when they do, they have the already always attitude that they know… that there is nothing there. Arrogance.

It is not just a DNA capacity, it is also a worldview… and a habit.

47% of the people who I send an email every day never miss an email. Out of those 20% are participating. The 80% say: ‘it is worth reading an article, but it is not worth to do anything with it. It won’t do anything for me, or won’t take me instantly where I want to go.‘

What number in the soul correction does that most likely? My bet is on the number 3… but then again number two is also suspect, because number two, as a rule, doesn’t want to give as much as they want to get… they insist on doing less… maybe much less… maybe nothing.

As you can tell, I am on a journey to ferret out the numerological aspect of soul correction.

In the meantime, if you are ambitious, if you think it’s worth investing a few hours in finding out what works against you and what you want, i.e. your soul correction, you can buy the recorded version of the ‘old’ Soul Correction Workshop.

If you do, I also throw in a live session for free… it is a session where I’ll test some of my theories with the people present… I bet we’ll find some fun facts.

The deadline for this is August 24…

Get the Soul Correction Workshop
From August 25 you won’t be able to buy it at all.

The issue, the underlying issue of almost every silly, ineffective, harmful thing a human does, no matter on what level of society, is to consider something a problem. Not a mathematical problem, but something that is wrong. Something that shouldn’t be. And that is the root of this urge that renders a person to make horrid mistakes and waste their life.