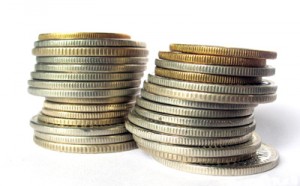 How Did I Put Myself Into The Vibrational Frequency Of Money? A Case Study

I have been spending money on my own training. Not as much as before: this time I only spend money on stuff I know I can totally consume: i.e. do all the exercises, attend all the classes, without having to give up on something important.

I used to spend 5-10 times more money, but normally I would drop all the balls… and end up empty handed.

So, I am spending less money, but getting tremendous value for each dollar I spend.

The truth is, for about 6 months, while I was intensely working on developing the technology of connecting, I didn’t buy anything, I didn’t go to any webinars, I didn’t read any sales letter. So I had no idea where people’s mindset was, and I was in blissful ignorance.

My other business is making enough money to pay the bills, and at this point this is good enough for me.

But a few days ago I came out of my self-imposed information-withdrawal mode, and started to pay attention to a few things:

people are trying to dig a well when they are already thirsty. Some of my students can’t afford to pay $7 for the recording of a session they missed, even though it could mean the difference between them wasting their time or getting all the pieces that work to produce reliable results in every area of life. They literally can’t afford the $7.

The level of magical thinking is through the roof… and the stuff that is still used, read, etc. is the kind of stuff that calms people, soothes their overexcited nerves: people are not at a pretty place.

The just introduced check your connection meditation is very successful. It gives people what they want: a moment of respite, a moment of rest, and hope for more.

But, or course, unless people take care of the fundamentals, the respite is an escape, it is hiding, it is “not facing the tiger.”

Today I was reflecting on my own situation. My income is steady. But why? Why is mine steady and yours is dropping? What did I do or do I do different?

Honestly, it wasn’t easy to see. It wasn’t one thing.

Here are the things I’ve been doing: 1. I have been strategically creating income sources, when I can see that I can. Sometimes the effort seems to be bigger than the result: this past spring a big advertising site closed. About a month before they closed a friend emailed me and suggested that I create a site to replace it.

I connected to Source and asked if it was a good thing to do. I felt no greed in my gut, I felt no aversion: I went for it.

I invested 200 of my hours and two whole months of my assistant’s paid time to actually do the work. It cost me about 1,000 dollars in salaries paid, plus my time and a bunch of visits to the chiropractor: it was a lot of repetitive work, lol.

In the first month the income was zero. In the second it was 14 dollars. In the third it was 139. Now it averages between 400 and 600 dollars a month, maybe more. It’s not an exact science… No additional work. One time large investment.

Every time I see some of that money in an email notification, I say “Thank You.” It is found money, as far as I am concerned. I worked back in May for 200 hours, the money in November seems disconnected from that work… doesn’t it. So I say Thank You. Every day. Or several times a day.

Interestingly, the past 5-6 days have been challenging: I have gotten 8 or 9 requests for personal coaching from people that I said no to.

I charge minimum $200 an hour of my time. So we are talking about a lot of of money I’ve said no to.

Why? Because those meeting would not have contributed anything other than money to me. Meaning: I would have only done for them for the money. No thank you, no I don’t do that.

My hunch is that it is a test. What is testing me? I don’t know. Kabbalists would say “The Opponent.” Christians would say “The Devil.” I say: I don’t know and I don’t care. I rejoice that I am tested. It means to me that I have been on the right path.

I make sure to put myself in the position when I neither want to, nor need to… anything.

And this is the teaching of this article. It may be the umbrella after the rain storm, but don’t forget, the next rain storm is on its way: it will catch you unprepared unless you get the umbrella now.

Start building yourself and opportunities for income now. It’s never too early and it’s never too late. It is always the right time. Reacting is never the right thing to do.

5 thoughts on “How Did I Put Myself Into The Vibrational Frequency Of Money? A Case Study”