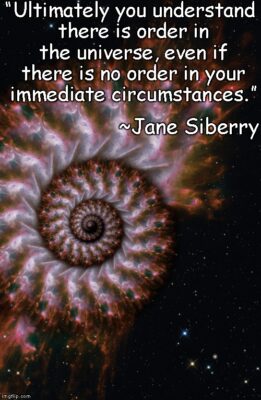 There is a certain order in the Universe.

I know it looks random and capricious, but it looks that way because of your lack of respect, lack of looking again.

Human nature is to think that what you do in one area, like fixing what you think is wrong, doesn’t effect the whole, and it will be OK.

But human interference in the order of things forces a kind of phenomenon that is a lot like wounds in war… Some are mortal.

Human aspirations, what humans think is the order or things and what IS the order of things are vastly different. All of human activity, for the past many thousands of years, has been wounding and wounding the planet and it is questionable if the planet could still heal itself, if humanity were removed.

As in the micro so is in the macro. 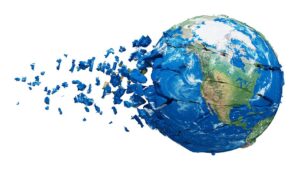 Humans cause vast desertification… That is the macro.

In micro, they cause natural ways of being to erode… like love, affinity, harmony, intimacy. Joy.

It’s like a dance. If one party is forceful, he steps on the partner’s toes, drags her, jerks her, it stops being a dance and it is more like a rape. Violence.

Unless you, personally, can detect the natural movements, the natural rhythm of Life, and dance with it without stepping on Life’s toes, life can be harmonious for you.

Being in harmony with life is the source of joy. Nothing manmade, none of the things you would put on a vision board, or put on your goal list. 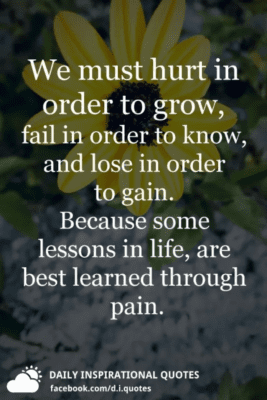 It is not easy for a human.

The basic characteristic of humans is violent arrogance. Of non-conformance. Of ‘I want what I want, and I don’t want what I don’t want’, ‘I want things to be the way I want them.’

Does it have anything to do with the DNA? Yes.

Does having too many predatory genes? Maybe. Too few? yes.

I was, as a person, more forceful when I had no predatory genes. I had no trust… It takes tremendous trust to not react. To not try to fix everything. To not have to do the big dog…

It seems that three predatory genes allow one to have trust, if other component of the DNA cooperate.

As long as a person sees themselves an object in a world of objects, always in danger, always threatened, they cannot have trust.

And even on my level of consciousness, it takes work to not consider minor things deadly… To not react to everything like it is going to kill me. No not jump into: this is wrong and it needs to be fixed hysterics. 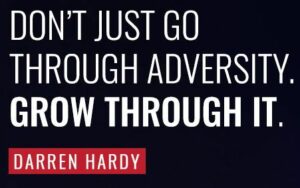 It is not so much that we consider others objects. It is more that we, humans, consider ourselves objects, vulnerable, non-organic even.

We look at our bodies, our personalities, our everything as if it were made of glass, or made of sugar, and every action can break it or melt it… pick your feelings about yourself.

I didn’t think through why, but looking back I could see, or maybe feel that I am self-healing. Self-healing, without having to do the healing. That my body, my soul are self-healing.

And so far they have been.

For I while, when the going was really really tough, I had a visual of myself as the bounce-back doll…

the doll that always rights itself. And I did. I bounced back.

But it seems to be part of homo sapiens’ nature to always behave as if it were the end of the world… Chicken Little. 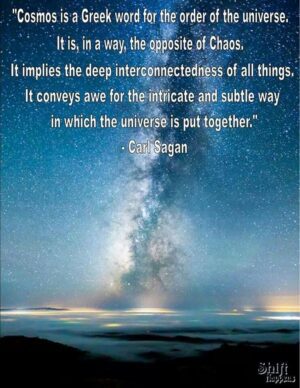 All from a self-view of being fragile… threatened.

And, of course, the world looks the way it looks because like in the micro so in the macro, people, families, communities, countries behave exactly the same way as you do.

Can you change? I don’t know. Do you want to change?

Most people I know may give lip service to changing, but don’t want to change.

Why? For the exact same reason that they are forceful and violent and arrogant in their relationship to the world and to themselves.

To change fundamentally necessitates that the worldview, the self-view changes.

It’s difficult to change it, because the world, the media, the people you live with all live in a worldview and in a self-view where they are fragile and need constant vigilance to fight off all the forces that threatens them with annihilation.

You can much easier create pockets of invulnerability

…by being a bounce-back doll, not made of sugar. Someone who can take it.

All my students’ predatory genes are adjusted to 3… and yet each and every one are still aggressive. Self-protecting. Aggressively.

And, of course, never happy.

So what is the major difference between a person who is always up-in-arms ready to fight and someone who can be with the ups and downs of life, the slights, the discomforts more readily? 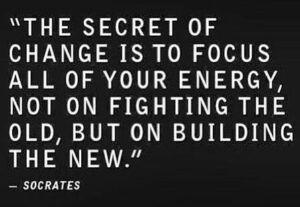 I think that Victor Frankel was 70% accurate that people who can take their eyes off themselves and their concerns and put it somewhere where it is not personal can survive the concentration camps, or can be happy in a world, whether it is inflation, unemployment, lack of money, spouse infidelity, or loneliness that they are dealing with.

He called it logotherapy…

Most people think that it has to be something big… like saving the whales, or climate change, or world dominance.

And these same ‘most’ people aren’t interested in that.

So, I say, instead of trying to invent a thing to put your eyes and attention on, invent a how.

That is essentially what I did. It is easier…

Whether you invent your how as:

I am already whole and complete, even if most of the things I do are off…
or
I can take it. I can deal with whatever comes my way.
or
Slow is smooth. Smooth is fast.
or
If it is to be it is up to me…

and countless ‘slogans’ that are all about how you are going to be when the sh!t hits the fan… and even when it doesn’t.

Inch by inch it’s all a cinch, by the yard it’s hard. Go for it — no matter how slow or long the process seems at first. ~ Bytheway. This same dude also wrote a book ‘How to be totally miserable?’ So yeah, I think he knows something.

Somehow, it seems that this aggressive nature of self-protection is counter to the nature of reality, where nothing is instant. Where everything is a process. Inch by inch…

Of course, when you look at what you want, it FEELS that it should be yours at once. Like a mirage in the desert… It feels soooo close.

When you look at people who have what you want, it isn’t visible what it took to get that thing, skill, business, success. They seem to have gotten it all at once.

My students’ impatiently patient number is between zero and 10… on a scale of one to 100. Pitiful.

When I measure the same thing for successful, producers, like Alex Hormozi, his number is 70. Charlie Munger’s is 91. Percent…

And whether you believe it or not, that number points to the most important element of success, of successful living: their impatiently patient (IP) score.

The impatiently part of that expression points to how long they procrastinate before they take on doing what there is to do. And the patient part points to how patient they are that it is slow going, that it is not a jump and a skip… but it is a process… slow.

Most of my students may be impatient to start, but then they continue to be impatient, meaning: they won’t do the work, or won’t have patience to it being a process, so they stop doing it.

So inventing to be guided by the inch by inch slogan will work for most everyone… I say.

Anyway: the energy tool that reminds you to take your eyes off protecting yourself is the Avatar State Activator.

It is a series of audios that are played in the background. They are a vortex energy that forces you to look at things from outside of yourself… so you can stop, for a while to do the fixing, reactionary behavior.

I myself use the Harmonizer or the Abundance activator.

You may do better with the Self-discipline Activator, or the Get into the present moment Activator.

The function of the audio to occasionally remind you and lift you from the Valley of the Shadow of Death… the reactionary horizontal plane.

It works to the degree that you are willing to leave it alone… leave alone whatever you are concerned with.