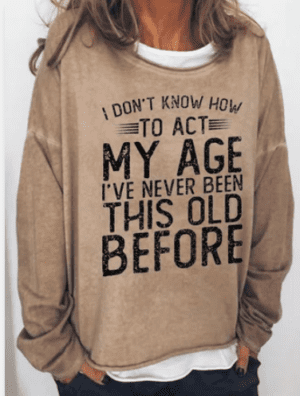 Egomind? Well, it is just a name… even though it seems that we do have an ego, and we do have a mind.

So let’s see: neither you can find if you cut a person open.

But if you had a sensitive enough instrument, like a true empath, and if you knew what you are looking for, you would find that there is a very strong energy over the chest in the shape of a triangle sitting on one of its sides. 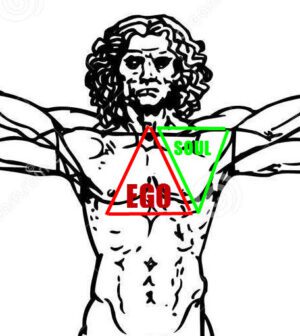 A triangle that has its peak smack at your throat… I call that energy the ego. It is entirely fear based. Not cowardly, mind you.

Cowardice is more in the stomach, and it is a weak energy… not even strong enough to make you run. It is more like a little kid covering their face and eyes hoping that they become invisible that way.

The mind can also be located with this same sensitive enough instrument. 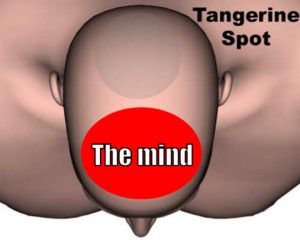 It is in the brain.

If you wear a headset, or if you want to park your sunglasses on the top of your head: the mind is where the sunglasses sit. That is the area that becomes active when a person is engaging with their minds: looking there for something…

They are mostly looking for what they have no idea about, hoping that it’s there… lol…

In a way people use their minds as if the mind were google, or god.

The combination of these two energies is what I’ll call egomind. 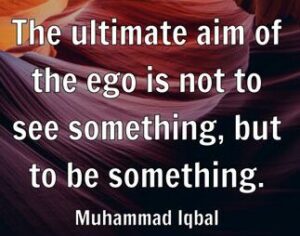 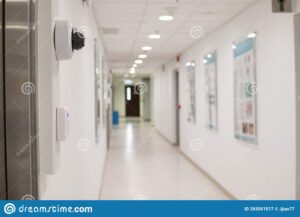 Now, why am I sharing this with you?

Because you don’t even know that this is happening.

And thus far I haven’t been able to retrain your egomind to allow for the scenario, either the world or your self-image to change when it could change.

Transformation is causing what you see to change… mostly with words.

What changes is what you see.

And because what you see is what tells you to do, this is major.

If you want to be able to have a life that is fundamentally different from what you have now, you need to allow what you see to be new…

The more things change the more they remain the same.

This is true for everything, your self-image, your actions, everything.

So far my students are not able to see any change…

I think it is a looped video… the egomind…

I can tell my life story through the transformations I have had.

Some of these transformations were caused by some book, or video, or someone saying something.

Most of them were caused by me looking through a new ‘window’… a new distinction.

And when you look through a new ‘window’, you will see that the world different…

…if your egomind is flexible enough to allow it.

Rigidity of the egomind keeps showing you the same picture, even though everything has changed.

So the question is: how do you reduce the rigidity so you can actually start seeing what is there, instead of what you have always seen?

I looked on google, and didn’t find anything that felt actually more than a good sounding bromide.

So the question is, and I am asking Source: Is there anything that can make someone more flexible? Less rigid? The answer is yes.
So the next question is: is there anything I can do to help someone get less rigid? yes.
Would some energy help? yes.
Do I already have that energy? yes
Is it the Big Bundle that nudges consciousness to keep communicating with the brain? Yes.

Hm. I have been playing the Big Bundle on my computer through Windows Media Player all the time. Which means I hear it, through a headset as many as 10 hours a day.

Whatever the rigidity of the brain would cause, I weaken this way. The unawareness, the too deep fixation, the getting upset, the ignoring the feelings, the changes…

It doesn’t work as spot-cleaning… If you only use it when you think you need it: you probably will get very little from using it.

Back in the day when I was still able to walk, I added it as a layer to all the audios I listened to while I was walking. It was work, but it was worth it.

The audio used to have three energies… but through experimentation I have now have only one energy in it… but I haven’t changed the name. I like the name, so I kept it.

Hundreds of people have bought it… Muscle test says that none of them use it regularly.

The same rigidity that it would ease is what keep people from using it.

There are some instant energies, like the Heaven on Earth…

But even the other infusible energies, the Unconditional Love Activator and the Effortless Abundance Activators are not instant, not at all.

Nor are the DNA capacity activations… or the Avatar State Activators.

So if your rigidity is high, higher than 30%, your rigidity calls the shot, and you either won’t use the energy you bought, or you’ll use it but stop disgustedly because your egomind is not willing to move with the energy.

Is this true for the Big Bundle?

The answer I am getting from Source: it isn’t… Because the Big Bundle doesn’t talk to your brain, it talks to Consciousness. And Consciousness is not ruled by the egomind.

Now, is it certain to work?

Given enough time, per day and length of weeks, months, years, it is certain to work.

How long would it have to be used…

As an aside: your mental rigidity is also the cause of many of your health issues… so the Big Bundle energy, whether you get it through the headphones or whether I transmit it directly to you, is a healing energy.

Why did Consciousness abandon you?

Your insistence that you know better… Your arrogance. Your forcefulness told Consciousness to f… off. So it did.

The more forceful you have been the longer it will take Consciousness to trust you again. How long? I don’t know. But here is a warning: your arrogance will say at some point: this is not working… and guess what? Your Egomind will win out, and you will never be able to become all you can become.