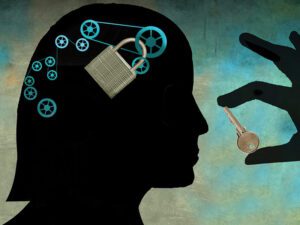 The two aren’t the same… and it can be confusing.

The one with the lower case ‘c’ is a technical term. Technical from inside the brain. It says: the gray matter of the brain is processing… and generating heat. I write about it in another article, and the concept comes from computing, and I learned about it in this book

The one with the upper case ‘c’, Consciousness would be better called ‘The Witness’, or ‘The Observer’. 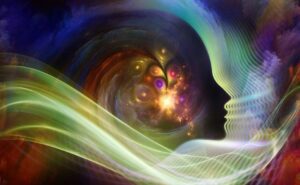 Does Consciousness care about you?

Uninvolved, unentangled doesn’t mean that Consciousness, The Witness doesn’t care. It does. But it has been waylaid… ignored, dissed, so in most people it is inert. It is, in these people like a satellite of a planet…

Its job would be to see everything and to inform the brain about what can be seen from a satellite’s position. Satnav is what the Brits call the GPS. In some way it is like that GPS… that Satnav… Other ways… and …

that is the function I am most interested right now, is the ability of Consciousness to ‘ping’ the brain and wake it up from its slumber that something needs its attention.

You see, at some point, early on, every person had something happen that set their mind on a filter that ultimately takes the person to pursue protecting themselves from something that is not forthcoming.

Normally this happens at age three. Something happens and the undeveloped brain or the toddler makes a binding decision or two.

These are my students’ original decisions.

No proof, no evidence to the contrary has made any dent in their view of life: they cannot change their minds. The mind is rigid. Inflexible.

Consciousness’ job would be to allow the person to look through Consciousness’ eyes and actually see the unemotional, uncolored, unfiltered, MEANINGLESS reality. That nothing has meaning unless you give it… that meaning isn’t innate to things, to happenings, and therefore flexible.

In my younger years I practiced making up meanings that were likely stories. I learned that that is what real creativity may be…

It originated in a Saturday Seminar Series I participated in back in 1986. In it Werner interviewed a famous Nobel prize winning physicist in that Seminar Series. He just came from interviewing applicants to his graduate level classes. He was shaking his head. He said: they didn’t learn Physics the way I learned Physics. I invented Physics for myself… they learned it from someone else…

So he asked them: why are you wearing the clothes you are wearing? It the applicant didn’t make up a story, they weren’t suitable for his course. They used no creativity, they saw no need for creativity.

He said that unless you can make up a thousand likely stories about the same thing, you are not using your creativity.

So I have been practicing since 1986…

You see, muscle testing, my means to converse with Source, is a yes/no medium. And unless I am creative enough, I will think that reality is as pedestrian as my questions are.

So when a two years ago I started to get these itchy bites on me, I wasn’t creative enough to consider that the bites come from fleas… I don’t have pets… And I didn’t think that the hundreds of squirrels and birds and raccoons that pass my deck have left a ton of fleas on the deck. So every time I went out there, I brought in a few on me… and they started to multiply.

But for a whole two years I made up likely stories that weren’t helpful… hives, spiders, ants… blah blah blah.

So much like to my clients who have cancer that they never paid attention to, I am now plagued with lots of fleas that are not that easy to get rid of. 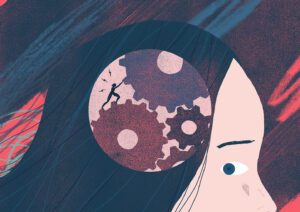 So what is the relevance to you?

What do the fleas have to do with you… or the price of tea in China?

You see your original incident and your original decision form the basis of your worldview. And unless you can change your mind, you’ll end up where you are heading… And will hardly have a good hour in your life.

But the mind, the Egomind actively prevent you from changing your mind.

This is where Consciousness directly talking to, directly pinging the brain becomes useful.

You would, at last, be able to see that there is nothing threatening you, that there is nothing wrong with you, that the world is not black and white, that you are not worthless, useless, and neither you are special You would see that you are not entitled. You can work for what you want, and if you do the right work for the right amount of time with the right intensity, you’ll get what you work for. 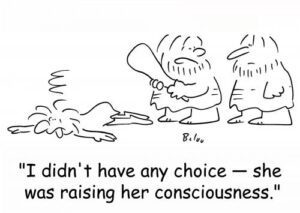 The challenge is that Consciousness has been discouraged from engaging.

And thus you are left to your mind to make all the decisions for you. Your mind is a moron. Inflexible, self-serving. Not your friend.

Instead of working with a full brain, you are subsisting with a part of your brain that is unwilling and unable to give a flying fig about you. So unless you awaken Consciousness, continually, you are screwed. Royally.

You see, if vibration measures how much of everything you see accurately, then you can see that seeing only what the mind wants you to see renders you low vibration. 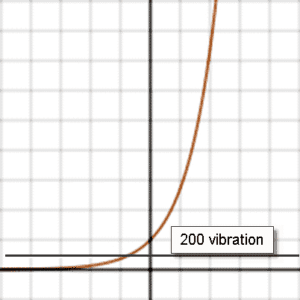 Vibration is a hockey stick curve… so 200 on this curve means: you only see 1% of what is accurately.

So if you EVER wanted to raise your vibration, for whatever reason, keeping Consciousness active and do what it was intended to do is your solution.

The Big Bundle energy does exactly that. This is why I listen to it as much as 10 hours a day, through headphones.

Consciousness is not a set it and forget it ‘thing’… Don’t forget, it has the Opponent, the Egomind to reckon with. And the Egomind isn’t something you can just shut off…

So in the ideal circumstances, you would want to use the Consciousness awakening energy 24/7…

Source says that if we could put the Big Bundle on a chip and play it to one of your ears 24/7, you could have Consciousness work 24/7.

Is this an error in the DNA? I would say it is.

When I muscletest: Could I raise my vibration even higher if I played the Big Bundle more than 10 hours a day? And the answer Source gave me was a yes.

A few years ago when my health was really really failing, I played the audio all night and all day. I taped the ear bud to my ear, so I don’t pull it out accidentally. My vibration went up to 980. My health also recovered.

What is the number associated with 980 vibration? In that period I saw 90% of reality accurately.

Also, they didn’t know how to recognize the results they got. 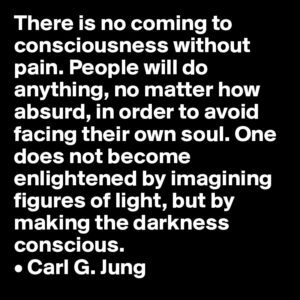 Some of them had bouts of sadness, bouts of misery… so they stopped. They could not see that the sadness, the misery was a sign of them seeing their life more accurately. Really.

If you get conscious that you only see 1-2% of everything accurately, that you replace everything with some inane, uninspired, paranoid interpretation and act if the world were really like that… and that you are missing what could give you joy, or what you could do to grow yourself, what you could do to feel good about yourself: do you think sadness is quite justified? And is a good sign?

Just like with the Heaven on Earth, symptoms, mood, worsening are a sign that the energy treatment is working.

But if you live, entirely, in the fixing paradigm, then, of course, you can only see wrong… and the absence of wrong should be right… right?

But if you live there, then you’ll expect instant. Instant fix.

But there is nothing wrong in reality, so it can’t be fixed. 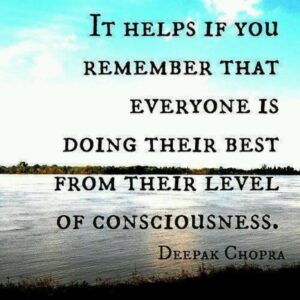 Reality has scale… to everything. And no fix.

You can make something different, or better on a scale… And for that you need to work on it continually to take it to where you want it to be.

And, of course, you spend your entire life never interfering with the magic: you do exactly nothing. Not a thing.

On the other end of the spectrum you consider everything your doing. And you think that the more forcefully you do it the more it will happen. The tenser you are the more… what? It hasn’t been working? Of course! In reality you need to allow reality to change. Your forcing won’t encourage change.

Not in things, not in people. Not in you either.

If you already own the Big Bundle: start using it. With earphones or ear buds.

Loop it. The audio is only 39 seconds long. You can do it on any device, including your phone. if it is an mp3 player, have only one file on it and it will loop automatically. Individual files cannot be made to loop on most mp3 players.

Google how to do it… don’t be stupid… listen to the Big Bundle while trying to set a device… to make yourself more willing to surrender your arrogance.

If you don’t already own the Big Bundle, you can buy it here…

Get the Big Bundle

Warning: playing the Big Bundle on a speaker will not do anything.

The Big Bundle energy is intimate… So playing it on a speaker is about as effective as having a water fountain in the room would raise your cell-hydration… Not effective. The Big Bundle needs to be played on headphones in one ear or both.

Of course the cheaper something is the less reliable they are… You get what you pay for.