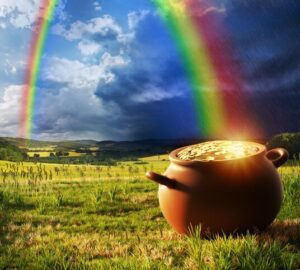 What is the Ego’s reward for getting you to the Promised Land?

So, I have been observing that many people who seemingly were interested in what I have to say now aren’t.

I am turning on my X-ray eyes, so to say, and look.

People are afraid. They want to be prepared for war.

Is there a war coming?

But when you are afraid, reason goes out the door. You turn for information to those who yell the loudest, to Chicken Little.

People who sow seeds of confusion and fear and hurry.

One of the ‘interesting’ things about humanity that they don’t see anything between hurry and doing nothing, aka resignation. Nothing between fear and curiosity. Nothing, again, between wrong and right.

I know, I know, that saying with the word ‘do’, (how you DO anything is how you DO everything) but your doing is the result of seeing, so the two sayings mean exactly the same.

You see nothing between black and white, between right and wrong, between success and failure.

Not all students of mine trust me enough to actually do the exercises I ask them to do. The exercises seem (you see, the word see again is definitive!) useless, and not worth it. Can’t work, won’t work, why would it work, says the little voice inside.

Yesterday I may have managed to change what they see… and maybe not. We shall see.

So what is that exercise only some of my students practice?

It is finding and using words for things that usually have a fixed interpretation. Emotions, opinions, behavior, happenings.

How do you do it?

What types of fixed meanings do we have, when we don’t see anything between black and white, right and wrong, success and failure?

One of my students has started a podcast. A podcast’s success is measured by subscribers, and downloads. Whenever you listen to a podcast, you count as a download.

When I started this website, I started with the vibrational reviews. Why? Because I knew that human idle curiosity will drive traffic to it. People want to know all the bad stuff about other people, especially people they or others idolize.

And I was right on the money. On a normal day my site had thousands of visitors. Thousands a day wanted to read how low this guru’s and that guru’s vibration was.

I was catering to the lowest in people.

I didn’t see it at the time, but I see now: I was at a crossroads… Today I can see that I could have chosen to become a shock-jock… and make a business from mortifying people. Mortifying is good entertainment. People love to hate you.

But that is not the path I chose. I chose to be an avatar-type person, a pioneer, a Columbus type person. Discover the narrow path to the Promised Land. To the next evolutionary stage of human. To Human Being.

Don’t feel sorry for me. I acted in harmony with the spirit. It didn’t make me rich. It did make my heart beat.

How many times did I think I got to the ‘door’ of the Promised Land, you ask? That we got to part of the path, but not the door?

I think it was around 20. Twenty times. Each time I was sure.

The question always was: can every single human, without energetic support, get there?

What I forgot to ask: would every single human be interested in getting there? 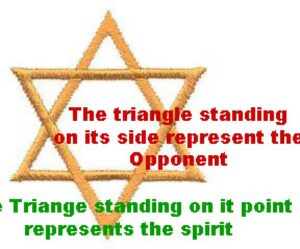 Yesterday in the Moneyroots workshop I realized that people do what their self-interest agrees to. Let’s call that self-interest the Ego for now. Is it the Ego? I don’t care… we’ll call it that. It will make what we see clearer.

Yesterday, in the Moneyroots workshop it came out, loud and clear, that unless you get compensation for what you do, even if that compensation is not instant, you won’t do what would take you to the Promised Land.

No matter what YOUR chosen path to ‘Heaven on Earth’ is…

…unless you can see that you’ll be paid for your efforts, your Ego won’t agree to give you energy.

Money is just money looking from everywhere else, except when you look THROUGH money.

We call people saints whose ego don’t need money to charge ahead.

But I promise all those saints had something more sinister in mind to feed their ego: lording over people, manipulating, owning people… the ‘power’ over lives. Pomp, Rolls Royce, sex.

Ego is only interested in ‘desire to receive for the self alone’.

Wanting to get paid for your effort is fueled by the Ego… and it is honest, it is fair, it is the good use of that energy source.

Beware of saints: they are sinister. They want your life, your child, your dignity, your everything… while they pretend that they are on your side.

I just finished reading Vince Vogel’s ‘Holier than Thou’… about the evil of holiness.

I prefer people who want money…

So if you are interested in becoming all you can become… Interested doesn’t have any energy in it.

Interested is weak. It’s exhausted and satisfied with snippets of junk…

You need to ‘enroll’ Ego to join the ‘interest’. And then, if both the Ego and the ‘interest’ are strong, you’ll be able to move on the path.

So back to what it is that I say, what I teach takes you all the way to the door of the Promised Land…

My students are on the path, and some are able to practice the ‘exercises’ that are the key.

When I look, the students who are successful didn’t need money as a reward. The ones that are not successful yet: unless money becomes available at the end of the rainbow, they won’t be doing the exercises… 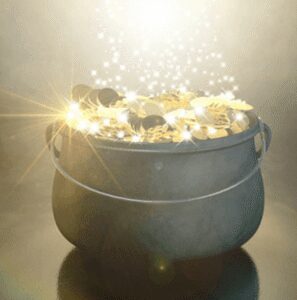 Ego won’t be interested until money is there… in a pot at the end of the rainbow.

But, by the grace of god, yesterday we managed to see the pot of gold…

And unless they forget, unless the environment unenroll the Ego, these students are on their way.

Also, don’t forget that the end of the rainbow is still far. You still don’t have the necessary skills, the necessary moves and even if you do, it still takes time, time with scarcely any reward.

Like any project this one has phases, and until the fourth stage, the reward is smaller than the effort.

When it’s a friend, a relative, you look at them and consider them a loser.

This is where distinguishing, the riches of vocabulary comes in and become crucial.

If you only see winner and loser, you’ll stop.

If you can see what’s going on, shades of gray, accurately, then you’ll continue. When you’ll get to the door and walk through it… because

Human beings experience themselves free to be… instead of being jerked by the right and the wrong.

They see the world the way world is, neither hostile, nor benevolent. The way it is… They see that it is up to your action to get what you want… Really.

You can start anywhere… In today’s Feel your Face session we’ll address emotions. We’ll feel what the face is saying… and we’ll allow it to say what it says, without jumping the gun, without judging it right or wrong. It is what it is…

Do it until right and wrong completely dethroned. But until then you are still jerked around by the right and the wrong…

Can you do this on your own?

Yes. Actually I intentionally made this article detailed enough so that you can do it.

What you probably cannot do on your own is the enrollment of the Ego in this plan. And unless Ego sees this plan as it’s worth it, it won’t give you energy.

Ego is interested in having power, in having a good life, and money is needed for that. Money as a reward.

If you are comfortable, money is not easy to make as a reward: you already have enough.

Is listening to a recording of a session useful? No. Your Ego needs to know that you are taking care of it, that you give it what it wants to participate. Listening to other people as the get it, or that they got it doesn’t motivate the Ego.

So what should you do?

The only person I have ever known to teach something close to what works, close… I said, not all, is Wallace D. Wattles.

You can see where he is still a magical thinker, but not as magical as the so called ‘attraction’ people.

…while the attraction-people say it is enough to want it…

By the way, I am not going to sell the Feel Your Face workshop’s recordings.

But I am going to continue the Moneyroots series, because thus far that program is the most surprising in turning things around for people. Who would have thought.

It is definitely not for people who only want money… by the way. So if that is you… don’t bother.

For now I don’t know what to offer you… So I offer you an evergreen… the Starting Point Measurements.