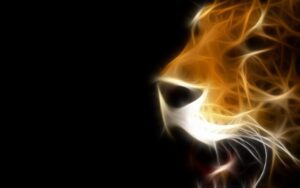 I have a friend who is 4 years older than me, he is in his late 70’s. We have been talking once a week for about 14 years.

He would like to retire, but his business is in decline, and there is nothing to sell: he is a glorified self-employed person.

Since I have known him, he bought about 15 money making programs, only to drop them after a weak attempt, after losing money with them, or trying. 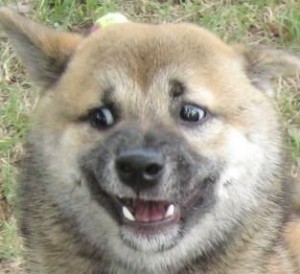 Last week, to keep myself challenged and sharp…

…I signed up to a program by my favorite teacher, Robert Plank. The program is to teach you to build an easy, self-sustained business using Amazon.com. buying low and selling high.

It is not that I needed instruction per se, but I felt that I needed to be challenged. I already have an Amazon business, so I could almost teach the course… But there was something I really liked about the setup.

Lance, Robert’s partner, has a 7 years old daughter. She asked her dad to teach her to create a business of her own…

Wow, that is not your usual relationship with your kids, is it?

So he created a system of business, that is fun, and easy enough for a 7-year old.

I decided, that if a 7-year old can do it with guidance, then my friend will certainly be able to do it… lol.

Now, we had an hour long conversation, I shared with him some of the things he needs to know, and then gave him ‘homework’ to do. Then he said: ‘I expect this to succeed’ or something similar to this. 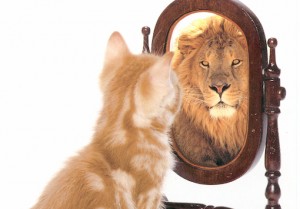 I flew off the handle. I said: ‘Don’t bring positive thinking bs into this conversation! If you ask me what I expect, I look at your past performance, and I see failure after failure. So I expect this to be a failure in spite of your good intentions, in spite of my help, in spite of the good information.’

This article is about this aspect of the delusional attitude positive thinking teaches you to have.

They say: expect good things to happen to you… Ugh.

Trend is a largely graphical method of showing where things are going.

It is based solely on your past performance, and your attitude. Your attitude is very predictable, it can be called constant, it is so predictable.

Here is what came in my email today: isn’t it eery that the writer of this email is addressing the same issue?

Brands are Built on Core Beliefs’

Businesses, too, see themselves differently than their customers do.

A flatterer disguised as a branding consultant will help you create an idealized self-portrait and tell you it’s your brand. I say “idealized” because we business people judge ourselves by our intentions. Customers judge us by our actions.

Peace of mind comes from liking the person you see in the mirror.

But brand attraction happens when the customer looks at your company and sees a reflection of themselves. 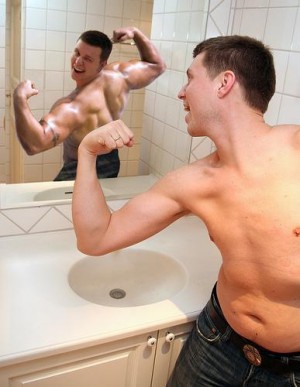 We are attracted to brands that stand for something we believe in. Likewise, we are attracted to television shows, movies, books, websites, podcasts, newscasts and songs that confirm what we believe. This is known in psychology as “confirmation bias.”

Let me say this plainly: If you challenge a person’s core beliefs, they will avoid you. Agree with those beliefs and they will like you. This is the essence of brand building.

But not everyone believes the same things. This is why a brand-builder must choose who to lose. There is no message, no belief system, that appeals to everyone.

The Democratic party and the Republican party dominate American politics even though just fifty-eight percent of Americans align themselves with either of these two brands.

Not a single show was on both lists.

‘I don’t mean to make light of it, but Democrats seem to like shows about damaged people,’ said John Fetto, senior marketing manager at Experian Simmons. ‘Those are the kind of shows Republicans just stay away from.’

Conservatives prefer shows where hard work and talent are clearly rewarded. Reality shows and contests like American Idol, Dancing with the Stars, Survivor and The Bachelor scored high with this group. 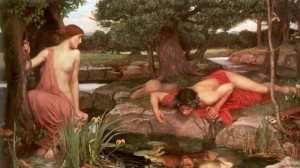 Interesting information, right? But not really surprising when you think about it. Narcissus saw his reflection in a pool of water and fell in love with the person he saw.

How can you use this information to make money?

1. Quit trying to change your customer’s mind.
2. Tell them they’re right.
3. Confirm their suspicions.
4. Demonize their enemies.
5. Let them see themselves when they look at you.

Do these things and you’ll make more money (or friend?). Usually, a lot more money.

But a strange thing happens when you “go along to get along,” when you agree with people you don’t respect, when you fail to speak out against injustice, when you allow etiquette and expediency to quietly replace compassion and courage:

You look in the mirror and you no longer like who you see.

How do we remain open to seeing things from a new perspective without losing clarity of self in the process?

If I ever figure it out, I’ll let you know.

Now, returning to my friend who said: ‘We’ll expect this to be successful.’

Is he a bad person? No, he isn’t… he just doesn’t exist as a person.

There is a person he thinks he is, he hopes he is, he pushes in front of him as HE, he who doesn’t exist.

But there is a real self inside that he doesn’t know about, that accepts him, accepts his behavior, his delusions, his cowardice, his settling for less, without judgment.

This is the Creator/Witness/Observer aspect we all have.

When you manage to remove the barriers between these two selves, a whole new life becomes possible for you. You will stop pretending to get love, attention, appreciation that you didn’t earn. You will stop trying to be someone you aren’t. You will start working with what you have, and earning what you earn. You will not need others loving you, because you already have as much love as you need: your Creator aspect already loves you.

You’ll experience freedom, creativity, powers, and self-expression. Because little by little you’ll have a self that you can like, that you can love. When you’ll look in the mirror, you’ll like the person who is there… and you’ll love your life.

When you like yourself, you love your life. That is the bottom line.

The Unconditional Love Activator, especially infused in your drinking water, can take you there faster than anything I know.

It only takes a few minutes to infuse your water… and it works quite fast.