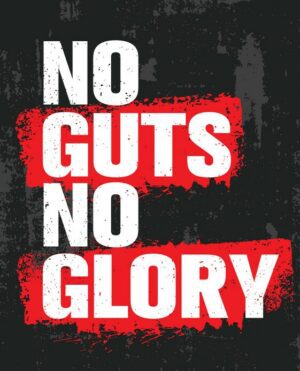 What really puzzles me, though, why is it that people who are on the side of genocide, racism, suppression, violence, world dominance…

Why aren’t those people who are on the wrong side of the law, why aren’t they timid?

People who hate me have the guts to write to me and tell me. Tell me what a piece of excrement I am… egotist, judgmental, whatever they call me. They yell. Not timid at all.

On the other hand, my students whose life is slowly brightening, who finally find their path, who have reason to celebrate… they are quiet, with finger on their lips… modest, and silent.

I find the same thing in politics too.

What is politics? Unfortunately it is politics where most things about your life are decided… Decided by thieves, loudmouths, robbers, killers, cheaters, perverts… people you’ve elected. Both sides. Even if your current president is timid…

So life is getting worse. The dance floor is getting smaller. And the noise is getting louder from the wrong side of the divide… They yell AND ACT, so most of the rights people have fought for, are taken back. 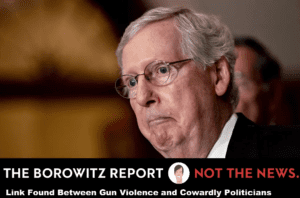 I find that only humorists have the guts today to say what there is to say. My favorite is Andy Borowitz… his Borowitz Report. Hilarious and outspoken.

I want to be like Andy Borowitz when I grow up.

But honestly, personal responsibility, personal power is on the decline, and…

Back some 20 years ago I was writing a magazine review on topless dancing. It was early afternoon and I was the only customer in the joint. The dancer was a blonde buxom woman. She was dancing for me. She spit on her breast and the saliva was sliding down on her skin… and I got turned on. Yeah… I still get a stomach ache when I think back.

So then I spent a few hours contemplating if I was suddenly gay.

I considered that I had to choose. And I looked what life would be like if I started to be attracted to women… and it looked like a disaster. Being different was already unpleasant. Even having friends was already a non-issue: I had none. But being THAT different: no, thank you, no. I didn’t want that.

Later I found out I could be turned on by anything sexual… for example two men kissing… huh… interesting.

So I am heterosexual…

I have counseled many (tens) of people who struggled with and against their attraction to the same sex and had to deal with their parents, their community rejecting them.

I hear that belonging is the strongest desire unfulfilled when it’s missing. I am lucky I don’t have that. Really, I don’t desire to belong. But most people do.

Anyway, what does this have to do with the principle: no guts, no glory?

A humanity that divides itself, as it is doing it now, to wussies and thugs is not doing well.

People whose voice I’d like to hear, have no opinion. Cowardice infects the brain and makes you dull. Incurious.

So does resistance… When you resist you cannot also have guts at the same time. Why? Because if we turned those energies to vectors, resistance and going for it are two vectors that extinguish each other.

If you are more afraid of death than of a meaningless, empty, dishonorable life then I am happy for you. You’ll have the meaningless and empty. Guaranteed.

If you don’t know that unless you at least attempt to fly the spirit you will live a life of quiet desperation, and you’ll deserve it. 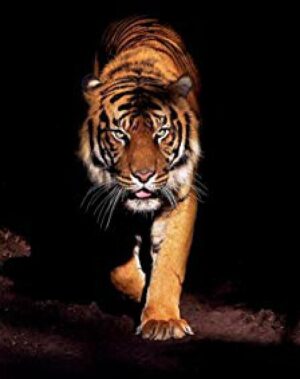 You can’t avoid, you can outrun, you can’t outsmart being unhappy.

Life is not designed that way, no matter what the ‘law’ of attraction people say. Life belongs to those who face the tiger. To those who grab life by the horns and risk for it. Not to the timid souls.

The more you practice distraction, the easier you are distracted.

By the same token…

…the more you practice cowardice, timidity, hiding, running from, trying to outsmart the tiger, the more you do it…

….and the less of you is available to have guts and glory.

Theodore ‘Teddy’ Roosevelt Quotes: ‘Do what you can, with what you have, where you are.’ ‘Believe you can and you’re halfway there.’ ‘It is hard to fail, but it is worse never to have tried to succeed.’

Or this most famous one on the timid souls:

‘It is not the critic who counts; not the man who points out how the strong man stumbles, or where the doer of deeds could have done them better.

The credit belongs to the man who is actually in the arena, whose face is marred by dust and sweat and blood; who strives valiantly; who errs, who comes short again and again, because there is no effort without error and shortcoming; but who does actually strive to do the deeds; who knows great enthusiasms, the great devotions; who spends himself in a worthy cause;

who at the best knows in the end the triumph of high achievement, and who at the worst, if he fails, at least fails while daring greatly, so that his place shall never be with those cold and timid souls who neither know victory nor defeat.’

So what can you do if this article touched on a nerve. If you realized that you have been timid and that is why life isn’t giving you what you hoped it would?

Instead of practicing distraction, cowardice, timidity, etc. you may want to start practicing courage, bravery, daring.

Slowly. I don’t recommend that you start big.

The art is to see choice, like I saw choice in that dunk booby bar 30 years ago. Choice. And then, when you see you can, choose courage.

The more often you do that, the faster you can turn your habitual attitude around.

Don’t think cowardice is native to you. It is a habit, and like any habit, it takes work to change it.

In my Friday podcast I work with a person whose habitual way of being isn’t giving her the life, the business, the confidence, the self-esteem she would prefer.

We’ve been working for about a year and a half, once a week, publicly.

Slowly and almost imperceptibly she is learning to choose new habits.

This is how it works.

Courage hasn’t even come up as a choice… yet.

You have become the way you are through decades of practicing being that way… And it may take years to change you into a person who can, who will, you will live a life worth living.

No guts no glory. Every step of the way.

Doing my classes, doing my workshops needs you to have courage. That is why I only have a handful of students. Because you have no courage.

Because you practice cowardice… And you get better and better at it.

In the Starting Point Measurement it is easy to see where you can start expecting the fastest results… But, alas, it also takes some courage to find out where you are at.

If you are of the persuasion that bad news is better avoided… then this is not for you. You’ll find out that you have a disease only when it is incurable, that you are poor when you have no more energy to turn it around.

It is your life. Really. Death is worst for the people who remain alive after you die.