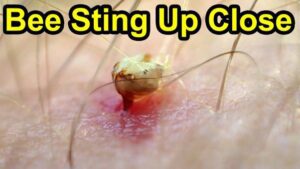 I stepped on a bee in the park once and it stung the foot of my sole.

But my mother was so afraid of bees, and they stung her every time she got close to them… Then, for days on end, she could be the center of attention…

This article uses the bee-sting as an analogy… to show how an early incident effects your life… forever.

The bee sting and the stinger

Do you know when a bee stings you, it leaves its stinger in you? And unless you can dig it out, it is the source of infection, swelling, and much much pain.

What you didn’t know, probably, is that the stinger is a modified ovipositor, which the bees’ ancestors used to deposit their eggs into the bodies of insect hosts. The evolution of venom made prey items much more manageable! Since the ovipositor is a female reproductive organ, only female bees have stingers.

Anyway, this phenomenon is a lot like your first incident around age three. Something happens that you didn’t expect, and it hurts. Like a bee sting.

But the incident, just like a bee, leaves its stinger in you, and it festers. And it hurts. And you don’t even try to pull the stinger out, you are just trying to protect the area… It feels like everyone and everything is trying to get to that swollen painful place…

Your whole life, everything is can be explained by that sting… and the broken in stinger.

And we all have it. In that we are equal. The only difference between us is what we said the incident said about us…

My stinger said that I was stupid and worth nothing. Not worth keeping, not worth taking care of.

In The Work we go back and look what the stinger said… Once I know yours, I know nearly everything that I need to know about you so that I can help you…

That incident and your decision sets up the course of your life. It sets up what you are trying to avoid and what you’ll pursue or pretend to pursue.

What you pretend to pursue is supposedly will render that bee-sting not be valid… What you try to avoid is to be seen, to be known as what the bee-sting meant to you.

Not important
Someone who doesn’t matter
Not measuring up
Not special
Never deserving
And the shades are infinite. One of them, another not, is not safe… or maybe always feel threatened with annihilation.

The exact words don’t matter really. The mood, and the ultimate consequence is the real issue.

It sets the machine. It sets the attitude, the emotional response to nearly everything.

You can have a pretense machine…

You pretend to prove that the original would wasn’t true or even justifiable. 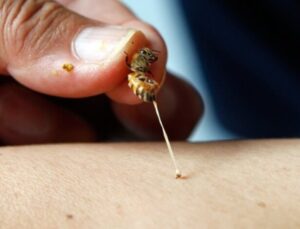 Your father told you that you didn’t run fast enough in a race. So to justify that you can’t, you act in life eager, pretending that you are really really trying, but never actually give anything all you’ve got.

Instead of admitting that ‘hell yeah! I run as fast as it took to win that freakin’ race, not faster. And besides, who cares!’

If you could, EVER, admit to that, your machine would be defanged. Not go away, but it would stop controlling your behavior 24/7.

Being eager, never give yourself time, ever, to just be. Never allowing yourself to go slow and go deep… Instead being always on the hurry, eager beaver, but not getting anywhere. To prove your father both right and wrong.

Mind-boggling, but this is the nature of this machine.

Others’ machine works exactly the same way: you try to both prove and disprove what was supposedly said about you in the original incident.

I wasn’t an exception either. I don’t think anyone is.

Muscletest says the stinger cannot be removed. The machine cannot be done away with.

But you can manage it. You can tell the truth, and you can stop both proving and disproving the ‘sentence’.

In another way to look at that first incident, we can consider that you are in the courtroom, and a judge will pass a sentence on you.

You are both the judge and the ‘criminal’. 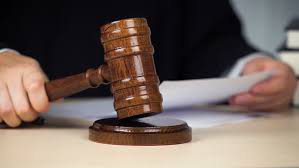 The judge will SENTENCE YOU…

….to a never ending cycle of proving and disproving the sentence YOU passed on yourself…

Unless you manage to remove the wrong by having the vocabulary to retell the incident. The words matter, and how you say it creates a new reality.

I have managed to retell my own story, except one area of my life is still not responding, so the stinger there still have an effect. The area of money.

In the last Moneyroots, when I asked: what is money for you, the words that came out of my mouth horrified me. It was something like ‘directly dealing with money, receiving money, holding money needs to be avoided’ Whaat?

And I was still better off with my horrifying reaction to that question, than other people.

Some said: ‘money needs to be given away‘, ‘money measures how much you matter‘, ‘money is a necessary evil‘.

Your relationship to money, to work, to others, to yourself is a very important factor in how you live, how you do things, and how you feel about yourself. 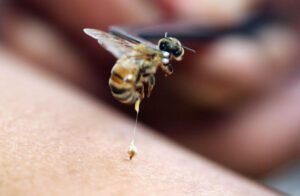 My mother called me a whore, and for a three-year old that was a question: what does it mean? And then I heard my mother call a woman a whore, a woman I knew. And she was pretty, well dressed, and always going on dates.

I learned about getting paid for it later.

And it became everything I didn’t want to be. I wanted my mother to be wrong. It was my bee-stinger broken in, not removable.

This incident was 72 years ago… and yet.

But luckily in other areas of life I managed to allow myself to have peace of mind. To take care of myself… to the degree that I do. Well? No. But well enough.

That machine, looked at in yet a different way is like the hamster wheel.

You are essentially trying to prove something and the opposite. Prevent something and cause it. As if you had the foot both on the gas pedal and on the brake pedal… Going nowhere… Exhausting and futile.

Also, your method to prove that the original sentence was not right, not true, comes from the toolbox of a three-year old, not an adult. 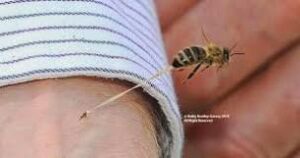 How much time and energy do you think you’ll have to actually get things done and even be NORMAL? ordinary? If you said ‘not much’ you are right.

Your energy is used for lies and pretense, and none of it is available to create a great life… And that is a very apt description of most people’s life.

The first job of a coach is to let you see what you do and why you do it. To see and even if you feel horrified, don’t make it wrong. See it like a machine that you don’t need to run… That you can actually do life well inside the machine, and not trigger its cycle too often.

You will, occasionally, but at least it won’t be your whole life.

That bee-stinger can’t be removed. That area will remain sensitive but unless you touch it willfully every day, it will become less painful.

And that is what is available inside what we know.

So how do you weaken the machine, how do you carve out a life worth living even though you have a machine?

Given that you have a sentence to prove and disprove… but the disproving is a pretense, a lie, if you can just eliminate one side… for example the pretense, then you may be left with the other side… the truth side.

Some sentences don’t have a truth side… mine didn’t… although maybe it did.

What my mother said was one sentence. And there was the other sentence I pronounced about myself, that I was stupid, that is why I got into trouble.

And then there is a truth side: It was stupid what I did…

So when I can stop pretending I am not stupid, the moment I embrace that I am, and then I accept that there is nothing a stupid person cannot achieve, then I can have peace, I can do what matters, instead of proving that I was not stupid… and I can start creating a life that I can love.

That is what I did.

I told the truth. It was painful… it still is. But it was the truth.

It was part of restoring my integrity.

You can’t have integrity and live a lie.

And without integrity nothing works. Nothing. Not your health. Not your money. Not your relationships.

So I recommend that you start restoring your integrity.

But being on time, or keeping your promises is just the tip of the iceberg.

You need to attend to the deep parts of integrity. And slowly and meticulously create integrity…

This, telling the truth about yourself is a crucial part of integrity.

On October 8, Saturday, at 2 pm, I’ll have a live integrity session. I’ll deal in this session with aspects of integrity I didn’t address back in 2019, when the second integrity workshop was held.

If you were in that course, or bought the recordings, you can come to the live session for no charge.

And if you just want the live session or its recording, you can do that too. But I won’t call on you… you are trying to get the cherry off the cake and leave the cake alone…

Anyway, you have some choices in the shopping cart.