In this article I take you through a whole range of emotions to get to a clearing. Just like taking you through a dense forest… But there is a pot of gold in the forest’s clearing… so it is worth wading your way through, I promise.

If you play by the rules you lose

Very interesting observation: British writers, also British films are honest about corruption, about people talking about the rules but not keeping them.

People really don’t know that they are next. 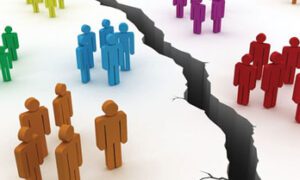 People, you and me, thought that you can win in this world. That if you know what you are doing, and if you do it well, then you can win.

In the United States Republican means: you vote for money and power over other people. You think, just like Pastor Niemoller wrote

If people could be replaced by something other then people, money and power would do away with people completely… including workers.

People… that is you.

And their followers: they are exactly the ones who don’t think they are next.

They are thoughtless. Their vibration is below the average vibration, because they can’t see that they are cutting the branch they are sitting on…

Would I call that stupid? Yeah, I would, but maybe it is just blindness. They can’t see the future.

The moment you care about anything more than people and Life, you are an enemy of yourself…

…you are people, aren’t you? And you are an enemy of Life.

I am not sure what one can do… Because what can you do when there is nothing that you CAN DO.

But luckily you can always make sure you don’t make anything wrong, and you do life the best way possible.

It is, actually possible to be happy on the sinking Titanic. Live well and die well.

If you call, what is happening, wrong, then you can’t be happy. Bad, wrong have a way of eating the happiness, so you won’t have it. And no positive thinking, no putting nice words on it, none of that is effective…

the wrong hidden is more wrong than it is plain sight.

Wrong is wrongest when there is no looking. When you are trying not to look at it… because it is soooo wrong. 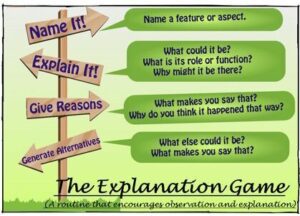 When you can stop and examine it, like an ugly bug on your palm then all wrong disappear. And even ugly can become interesting. And detailed. And just a thing.

You can look at anything like that. An emotion, a feeling, a happening. You take it out and look at it, closely and minutely, and all the wrong disappear. 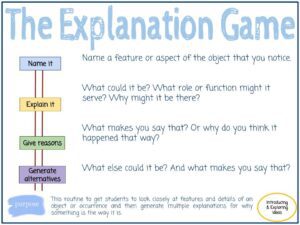 Cancer, acid reflux, atomic bomb, cheating husband… All lose their wrongness under close examination. They become just a thing among millions of other things.

Even stupidity. Even homicide. Everything.

Without fail. Unless, of course, you don’t want wrong to disappear.

If you think wrong keeps you in line, think again. It hasn’t, has it?

But it is supposed to… Who said so? No one who knows… And it doesn’t.

Your inside, your conscience is a better judge of what you should do and what you shouldn’t. But it has been dulled, muted, and reconfigured by rules, and rule-based teachings.

Can you recover your conscience from under the mile thick many layered blankets of rules?

Muscletest says ‘no’. WTF! That is not what I expected. If not that, then what can you do?

This looking I am suggesting… breathing life into all the so-called wrong that don’t feel good to you.

Is that what I have done? Exactly.

When you say ‘wrong’, if you started to observe, it is always a knee jerk reaction to something. That means there is no looking, no seeing, no details. It is automatic and thoughtless. Nobody home. 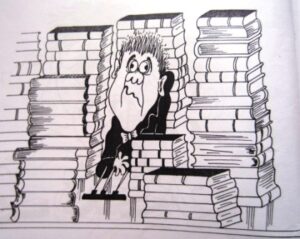 So it’s work, item by item. The more items you can see and allow to be not wrong, the more elbow room you have to dance in life.

Elbow room… When you feel stuck, what you are saying that you have no elbow room to move.

So ultimately you need elbow room and that is what this method is offering.

I don’t have more myself. And despite everything, I am still happy.

In tomorrow’s Soul Correction Live I’ll teach the methodology again, this time in the context of your soul correction.

After all soul correction, unless you are already living in the world of no wrong, is about correcting. Correction is needed when something is wrong, right?

But you’ll resist with all your might to consider anything new wrong about you. The ones you are already NOT correcting is just enough, thank you very much!

But if you could see that…

…then the situation changes. You suddenly don’t have to. Don’t have to do anything. You can, if you choose to. Correct it or not.

It is clear that wrong and have-to rise up together… so when wrong disappears have-to will disappear too.

Then you simply do or not. Maybe get to do it… because you now see certain things that limit your ability to be happy and fulfilled. And being happy and fulfilled are important to you… so you remove, permanently or occasionally what is in the way. 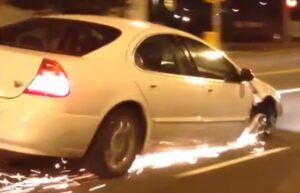 It’s like changing the flat tire on your vehicle instead of trying to drive on the rim… Makes sense, doesn’t it?

One of the first benefits of driving on fully inflated tires, so to say, is to start seeing other people as people. Persons. And start seeing that they have quirks, habits, preferences, desires, things they like, things they want. 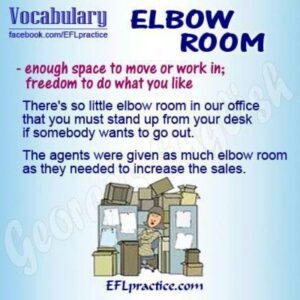 And that you can interact with them based on what you see… as a person to person. Yeah, when you start seeing other people as people, you start having room for you to be a person too.

And that is just the first thing that can happen when you start eliminating wrong by seeing it for what it is… a bunch of things, none of them lethal. 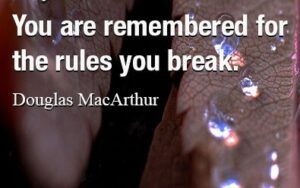 And seeing yourself as a person, not a thing, is sweet. Oh, and freeing.

This is one of the things we’ll do tomorrow in the Soul Correction Live… at 11 am.