This article will be about mastery… and the path to it…

Mastery is a missing distinction… as if really ‘aint nobody got time for that‘. It is so missing that people don’t even hear me saying it. It is up with the idea of distinction… nobody hears that either.

But why are people not hearing me? So this article is going on a hunt, hunt not for Red October, but for the stuff that blocks even hearing… Ready? Let’s go.

Two years ago I took on going for mastery in writing articles. I spent a few thousand dollars on all kinds of training. Courses, books, newsletters. A few days ago I had to ponder if I was boring people. I wrote about it…

I got an email next morning from Hawaii.

Mahalo.. yes receiving them [your emails]… ??????
I am sure they are not boring.. you have great intelligence so [you] think and say stuff people aren’t open yet to …
I look forward to reading your articles. 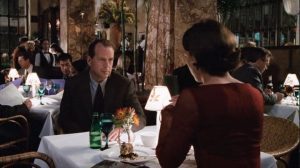 She is pointing to a possible reason I sound boring to people. Or why people don’t hear a word I say. Why they ignore what I say.

One of my most visited articles is about speaking butterfly language AT caterpillars.

I am not sure who reads that article. Whether it is the self-appointed butterflies, or the caterpillars…

Often the people with the golden tongue are dabblers too. Dabblers, because they think they have achieved the peak. So they stopped climbing.

There is something beautiful that very few people ever experience. And that is mastery.

Mastering something. Consciously… not by accident.

I have had that experience, getting to mastery, with a number of things, and I am experiencing the lack of it in many more areas.

I know the difference, so I strive for mastery.

Sometimes I don’t know if it is available, and yet I am going for it.

Pit that against every single person I encounter: they just do things. Maybe even get things done. And they move to the next thing with their eyes on whatever…

You could call it perfectionism, but it’s not that.

You can get to mastery in anything life related. I endeavor mastering a lot of things… even though I am a shut-in. And I don’t leave the house any further than about a hundred yards in each direction. I am old and weak…

When I had a car I didn’t even have thoughts of mastery… I was more like a dabbler, moving from things to things. 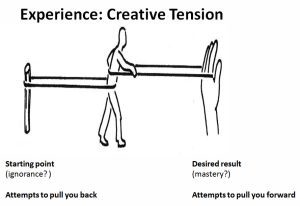 Why? What does a car have to do with mastery or the lack of pursuit of it?

This is tension, the battle between how it is and how it could be, is called creative tension. I have HATED IT as long as I have lived. It is almost inhuman… It’s a pain. So when you have a car you can escape it. Or find a way to dissipate it. 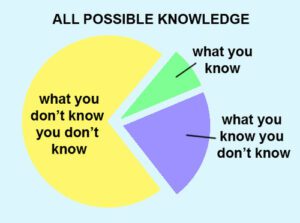 T. Harv Eker says: when things are not working, there is something that you don’t know.

This is why 99% of the ‘how-to’ articles are worthless. They all come from what people know so they can be reminded… and not from their ‘don’t know they don’t know’.

I only teach from the ‘don’t know you don’t know’ paradigm.

One of my students has decided that while she is insanely busy, she could still practice something… and she decided that that something will be this ‘allowing emergence of what she cannot see’.

To see what she hasn’t seen, to see what had been invisible to her.

It may be visible for everyone else…

I wish my other students considered that there are things they don’t see that if they saw them, it would get them unstuck, and they would be able to become all they can become.

And even though this is just stage one on the path to mastery… at least you have started.

You can’t get anywhere without actually starting.

Dabblers, the eight billion, are who read my articles… or not.

Dabblers lack vision. They don’t see beyond a little improvement here and there.

And when they fantasize, they cannot connect the dots… because their ‘path’ is like a broken graph… where in the broken area they can say ‘and here a miracle happened’.

Because they don’t believe in blood, sweat, and tears.

Not even a little blood, a little sweat, some tears.

They don’t want to pay the piper. 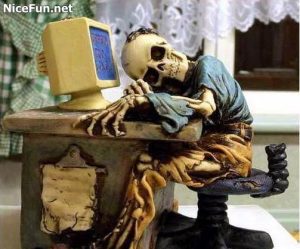 They don’t know that life won’t give you much if you don’t give it much.

Unfair you say? What do you think the rules of this game are? You get everything and you give nothing?

But other people got it! you scream… but you never looked what they did when no one paid attention! You didn’t see their blood sweat and tears. Or when you saw them doing whatever they were doing, you thought they were dorks, or stupid… because life needs to be enjoyed, you said…

So what is the life of a dabbler? It is shallow. Shallow peaks shallow valleys… no real joy, no real pain.

Not worth writing about. Blah.

Some 35 years ago I was assisting an a Landmark Forum.

One of the other assistants brought her 10 year old son with her… so as to not leave her son alone at home for two weekends.

The son brought his ping pong paddle and a ping pong ball. He practiced keeping the ball in air for hours at a time.

I asked what he was doing. He said: ‘It takes mastery to break out of the ghetto…’

What he didn’t say because he probably didn’t know, that mastery of anything leads to the distinction of mastery. It leads one to a methodology to attain to mastery, to reach mastery. And when one does it consciously, as I think he did, leads to mastery in anything.

Several of my students have practiced bouncing a golf ball on a rubber mallet and got quite good at it. But…

They did it to expand their brain powers, their intelligence. And when they didn’t see results they quit. They didn’t practice for mastery’s sake… so no mastery was forthcoming.

So mastery in bouncing a ball can lead to becoming a thought leader, winning the Nobel Prize in anything… because once you get the hang of mastery, once you get that it takes blood sweat and tears to get to the joy of mastery, you can do it anywhere.

How long does it take to get to mastery? It takes years of constant and conscious practice. Especially the first time.

Most people don’t ever get to that place, they quit everything after three tries. There is a saying: ‘I’ll try anything once, twice if I like it, three times to make sure.‘ And if you watch people, Mae West’s attitude is rare… 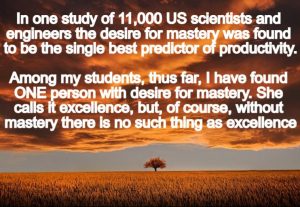 Some of my students don’t try anything, even if they’d decided to trust me. Others try it once, and quit because it didn’t take them to happiness. Yet others, and you can tell who they will be, because they have demonstrated in their lives, by earning a degree for example, that they can stay in the game a little longer, try it 3-4-5 times, but then they quit too.

They still come to class. But everything they need to do to get to where they want to get to would be done between classes… And there they don’t do it.

Or not long enough. Not until their nose bleeds… symbolically, or course.

So what if you have never mastered anything? Can you start now?

I think you can.

Dr. Popper has a series of exercises.

The first five are the basic skills… skills that you can learn to master. It is cycling through the short and sweet exercises, daily, for six months.

They are simple… but not easy. Here is one:

Once a day, in quiet, calm conditions – preferably when you are alone and do not fear that within a few minutes they will disturb you – put a simple object in front of you, e.g. a pencil, sewing needle, glasses, etc. In your mind – silently, in precise sentences, say everything that you see as an essential feature of the object.

When you first do it, you’ll have very little to say. You’ll talk about it and then your mind wonders…

It takes just minutes… but you’ll do it 26 times… so you’ll get better, maybe good, maybe you’ll get to mastery.

If you did it every day, like I did with everything I have mastered, you’ll do it 180 times. And the goal is to get better every time you do it. Imperceptibly better, all the way to mastery.

The book of Inner Paths

I am working on converting this book into an exercise book… The challenge is that the book was written in Hungarian. I have a rough translation of it, and an audio of it in English… The two don’t seem to be connected… and that is a challenge.

It will take some time. I have several volunteers who have never done anything like what they are volunteering for…

If you feel that mastery, mastery of yourself, your thinking, of your attitudes, actions, emotions would be something you’d like to attain to, or just want to support those of us who do, you have a chance to do that.

You can get the audiobook, you can get the rough translation in a pdf, and if you donate money, you’ll get the exercise book when any part of it is ready.

That Forum opened me up to see. To see what I didn’t know I didn’t see.

I think that the reason I could is because I was so miserable. And that misery is still snapping its teeth at my heels. I know that if and when I stop generating, It will bite into my ankle…

That is my secret weapon.

Do you have one?