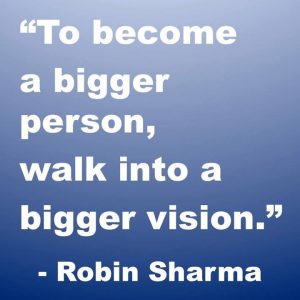 Knowledge is where? It is on the other side of a river… you need a bridge.

A very painful fact OF LIFE triggered today’s article. The fact that information doesn’t readily translate to an improvement in your life, in your results.

I have called this phenomenon several different names for the past 30 years.

Marketing teachers call it consumption… unless you are a marketer, this makes no sense to you… I bet.

Another way I expressed it is this: there is no bridge between the theory, the idea, the possibility, the dream, and its implementation and realization.

And talking about what’s missing as a bridge makes people see that something is missing… and yet nothing happens. Because we don’t know how to build a bridge.

We don’t know how to build a bridge. Neither you nor your teacher.

But what if it is not a bridge that is missing? What if what is missing is having a project that needs, that can use that new information?

I listened to a marketer’s presentation yesterday on a business principle. I paid 50 bucks for the audio, and to me it has potentially a chance to double, triple my income. Because I have a project that needs that information.

I noticed when it came to the questions and answers part of the presentation. People who had a business instantly saw how the information was usable, albeit it is a lot of work to implement. People who didn’t have a business, didn’t see the value, because thy had no place to implement it.

Maybe they will, in a year or two, when they will have a project. Same information, different level of value.

So maybe that is the definition of a bridge:

unless you have some project to use to implement the information in, you don’t have a bridge.

But what is a project?

Most people don’t have a project.

When I attempted to help people find their strengths with the skill finder method of the What Color Is Your Parachute, I found something totally puzzling.

You see the skill finder method works through analysis of seven projects the person accomplished successfully, AND enjoyed doing it.

When I did mine, I had so many projects, I could have kept myself busy for a year recounting them. The clients, friends I worked with had maybe one, maybe two. But no one had more than two.

I think that living through projects is the successful person’s secret weapon.

So again, let’s ask: what is a project?

Mr. Google to the rescue: A project is a set of tasks that must be completed in order to arrive at a particular goal or outcome. Depending on the size and scope of the project, these tasks may be simple or elaborate, but all projects can be broken down into objectives and what needs to be done to achieve them.

What are 5 characteristics of a project?
1. Specific. The project must be specific. …
2. Measurable. A clearly defined project must be measurable in terms of its benefits and achievements. …
3. Achievable. A project will only be meaningful if it is achievable. …
4. Relevant. The project needs to bring relevant benefits to the entity concerned. …
5. Time bound.

OK, let’s summarize: a project has specific, measurable results with a deadline. A project needs to be achievable and relevant to someone…

And now you see why people don’t have projects. Every single one of those five elements you deplore…

Unless you can say: there is no way in hell I will live without that! your project is not very relevant to you, and it will not have a lot of energy.

I think that my work, my kind of work is most useful when we talk about this, the relevancy. Because the same project can be very relevant or not very relevant, and the difference between the two states is words.

And of course having a deadline shows up as an imposition, a have-to… and sucks the joy out of people whose original incident resulted in the ‘avoid’ type of racket.

Liberty and freedom are used interchangeably, but they aren’t. Liberty is having wiggle room, wide open space, no restrictions imposed. Like a puddle, or the delta of a big river.

Freedom is constraint. Recognizing your limitations, whatever they are, and make the best of what you have with what you have.

People who love liberty are the non-achievers. The ones who don’t have projects because projects would cramp their style. Because they are limiting them in their liberty.

These are the eight billion…

These are not numbers… these are characteristics.

Not all famous and ‘successful’ people have the 1000 characteristics. For example Elon Musk, Warren Buffet, even Steve Jobs aren’t a 1000… Why? I explained it in a previous article.

You see, information is useless until it is implemented.

I am watching this Belgian TV series on Masterpiece via Amazon. It show is Professor T. The title character is a university professor teaching criminal psychology.

In one episode we see him failing 99% of his students. The students learn to regurgitate the information, but it is obvious that none of them changed anything inside them. Nothing is actually learned, no knowledge. Except one student who saw something as a result of doing the class. She saw that shame can be the motivator of a lot of crimes.

She is the only one who passes. She was left with something she saw for herself, and that is a valid implementation of the mountain of information she had to wade through to get that.

The ones that have a project are the ones that occasionally do. The rest? no. Never. There is not bridge, there is no vehicle, there are no legs. The information remains information. A good idea.

There are attempts for implementation, but there is no staying power, no lasting results because…

Yeah, why is that?

Because for people without a project, life seems like a switchboard where you flip a switch and the light comes on.

Life doesn’t work like that. Behind the switchboard there are a lot of energies that will work against that light.

Here are a few that I have experienced myself:

But if you don’t do what you need to do to actually deliver on your promise, i.e. your check bounces, the price you pay is double, triple of the light you got when you made the promise. Eventually you’ll be hesitant to make any promises.

What eight billion people do is quit. Their worldview is: it should be easy, pleasant, a walk in the park. Every step must be successful and enjoyable or else…

And, of course, the result must come fast… almost instantly.

The stages of a project

I have written about this before. I like Tai’s 67 step take on it best. He likens a project to a child.

The eight billion expects a newborn to support them… while the 1000 knows that a child won’t reach the point where they can even return a little bit of your investment until they are about six years old… I remember being able to go to the store and pick up an item and bring it home at around six. Or make my bed, set the table for dinner. At eight I could cook. etc. At 10 I had a part time job in a clothing store and could re-fold the shirts customers tried on for size. I remember I bought a hideous bathrobe with my earnings.

The eight billion are not ready for the formulation and concentration phases… and their projects can never take off. So they quit.

So what can I do if the 1000 don’t need my coaching, and the eight billion are self-trained to not be able to use it, or not readily?

Yesterday I asked my core group participants to set a future for themselves, a future that inspires them in the present. A far enough future, maybe even an unattainable future, so they don’t run out of future before they run out of years.

A future is NOT a project… but it is a context for projects. Plural.

The future I am living into will sound very egotistic to you, and it probably is.

When in 1985 I heard the poem: the spirit is only interested in flying. who is doing it the spirit only has a passing interest.

I remember whispering to myself: Please god let it be me!

So ever since 1985 the future I have been living into is being the one who flies the spirit.

I know, you wouldn’t spend 37 years on it, especially if you started from as low vibration as I did. My vibration by that time was 100… but a month earlier it was 35… 35 is the vibrational level of worm… flying is not in the reality of a worm.

In fact flying isn’t real until the vibration of about 700.

So having the dream of flying the spirit is not normal…

The unattainable dream that lasts longer than my years.

And I, wiser than my years, also set out to use the misery of my first 38 years as propulsion energy… so when I can’t see myself flying the spirit, there will be something to move me.

And I grew to got to where I am now through projects. One project at a time.

My current project is to raise people to the level of inner skills that they can actually use what I teach.

Life, formal education, even spiritual education didn’t do a good job of doing that. So it is now my job.

And before anyone can start it, the project for themselves, they need to set a future, a context, a juicy future that makes it worth their while to hang in with the five simple exercises consistently, for six months.

So, with my core group, I am working on facilitating that future creating… and honestly so far it isn’t going well.

I had a workshop a year or so ago that obviously didn’t do a good job, because the participants didn’t do what I asked them to do.

But I just listened to about an hour of the workshop from the recording and it is brilliant.

Get a sense of what a vision is
In the second session I explain how a vision of a future works… and how to keep it working, even though it has a tendency to disappear… FAST.