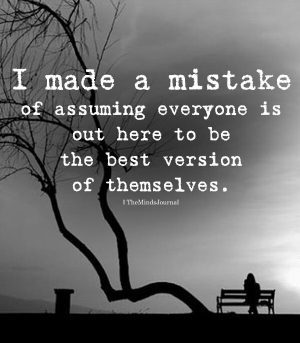 Assumptions, assuming… the not seeing beyond the cover

I have made a lot of mistakes in my life…

The biggest, I say, were the result of this cognitive bias we all have. Making assumptions based on insufficient data.

Assumption is jumping from seeing something and its meaning… without looking further, or looking again.

Given that astuteness is the exact opposite: making the correct interpretation of phenomena or data, assumption is the sign of stupidity.

And I have been guilty of that. 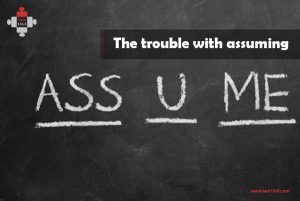 I am not stupid in everything, but I make stupid mistakes that cost me way too much…

The biggest mistake I have been making is assuming that people are like me. That they will be able and willing to use what I give them.

And some assumptions are inflexible. In spite of lots of proofs I am still assuming, for example, that if I activate someone’s The Sight capacity, they will actually see.

They already see! See what they have seen before. They look in the mind, not in reality! Not at what’s in front of them!

As you see, I am frustrated.

Frustration is a symptom of expecting something that you have no right to expect.

So if you are often frustrated, what is underneath the frustration is assumptions.

Based on what data? 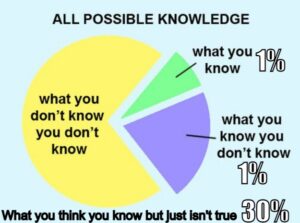 This is why what Mark Twain said: it ain’t what you don’t know that gets you into trouble. It is what you know for sure but that just ain’t so.

That is the definition of assumption… and that is the source of my troubles, and your troubles.

And the more of these you have, unexamined, the more frustrated you are in life. 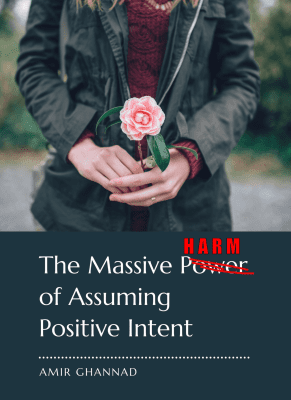 And, of course, some clever operators take advantage of you, because you are too stupid to know better.

So, you could ask if you understood what I have said so far, you could ask: so looking in the mind is stupid? The answer is a resounding ‘yes‘.

I am not saying you are unable to  look where outside of the mind where what there is to see can be seen… You are able, even if you never tried. But it is easier to look where you have always looked, and see what you have always seen.

The 67 step coaching program is a ‘come with me and see’ training program.

The more you look in the mind, the more you use it to parrot what you hear in the audios, the less useful the program is.

Unless you follow the speaker down the rabbit hole, you’ll remain unchanged by what you hear, and that is a complete waste…

Can you hear? I am frustrated AGAIN.

240 thousand people bought those audios. don’t get too excited, they didn’t buy the audios from me. Roughly 90% gave up after listening to the first long audio. That left 24K.

Ten of those people listened to all of the audios. And none used it to be taken on a world tour…

The more completely assume that, the less teachable, the less coachable you are. And the more stuck you are in your assumptions, and in your frustration.

And that is that.

So what could be a remedy for this failing? For this cognitive bias? 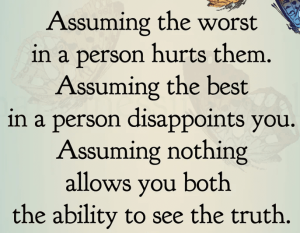 One of my favorite sayings is ‘it ain’t necessarily so‘

But considering what you are sure of is not necessarily true would require some flexibility… So your rigidity number will predict to what degree you’ll be unwilling to consider that maybe you don’t know.

The more rigid you are the less you are willing to look, because looking is a danger.

So I think, that maybe what is underneath this rigidity is fear… Fear of losing control, fear of uncertainty…

The average rigidity of all humans, all eight billion, is 70%.

And if you looked, lol, very funny, you would see it everywhere. Rigid adherence to political parties, to opinions, to hate, to love, to sports teams, to right and wrong, to conspiracy theories.

Has it always been so? No. I was born in 1947. The average rigidity then was 10%, even though individuals could be more rigid. My mother was 70% rigid. I never met her expectations of what a female child should be…

My father’s rigidity was 1%. Mine is 3%. My brothers took after my mother…

The more you insist that you know, that you are right about whatever, the more rigid you are.

Can you change that? Muscletest says that you can.

But you need to diligently question any and every assumption you have… and not stop at any point.

Your writing may reflect what’s going on inside. A full stop or an exclamation mark means: you think you know. Three dots, whatever they are called, or a question mark may indicate that you left the issue open for debate…

If I were a high rigidity person doing the 67 steps coaching program, I would allow my eyes to go where it goes. I would see what it sees, and would say: let me see what that looks like in reality. And look. In reality, which is just outside of the mind. 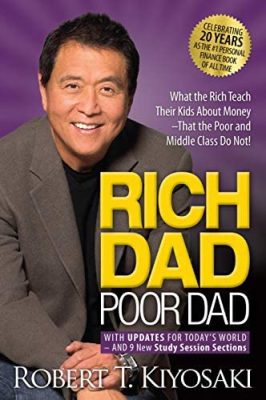 For example there is a step that talks about the rich friends and poor friends… much like Robert Kiyosaki wrote about rich dads poor dads decades ago, educating millions of people, supposedly.

So the next step would be to look in reality and start looking at people you know, rich and poor… and look how they are. Spending time looking at them. Look until you see something that you didn’t expect.

When you see something that you didn’t expect that is a sign that maybe you are looking in reality, not in the mind.

If you are not willing to be surprised, then your rigidity number may be too high for you to do that program.

So what should you do if you find that maybe that is how it is? 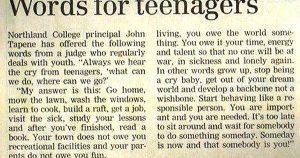 My recommendation is: go and do a project. Go back to where you lost it. Remember the school principal’s advice to teens? Go home and do chores. Learn to cook…

I have a habit to continue my education in cooking. My favorite teachers are the ones that experiment, and then make a video of their findings.

My newest favorite, from America’s Test Kitchen, is a Techniquely With Lan Lam. She is a great teacher, and what I learn is very enlightening: I never would have thought to do what she does… lol.

All the opposite of rigidity.

Do I want to sell you anything on this occasion? Not really.

But if you want to check your numbers against your level of frustration, it is useful to get your Starting Point Measurements.

You’ll get a whole lot more than what you bargained for, 48 different measures about you, muscletested or calculated. Including your vibration, your soul correction, your health measurement, and your cell hydration.

Most things are quite hidden from your view… but when you see them, you can address them… like your rigidity.

Get your Starting Point Measurements
But most importantly: if you want to be smart, you need to be . Sound dumb. Be dumb. Or that wanting to be smart will raise your rigidity and self-concern sky high… and you’ll be really dumb. Not just look dumb.

And this is the basis of the ‘from inflated to humbling self-image’ method… I attempted to teach in this workshop.

There are two ways to say: I am dumb. One with resignation, as if it were a fact. And the other: a reminder. A reminder that your actions are dumb while your brain can do a whole lot better.

This is how I have been doing since 1996… It has helped me to become flexible, and a lot smarter, in action.

Oh, and don’t forget to make sure you drink your coherent water, preferably hourly. A few gulps at a time.

PS: one more thing: What you think you know is a belief. Most of what you believe is based on what someone told you.

So it is really faith: Faith is belief in the absence of evidence.

What would be evidence? Experience… This is why most that you know is not knowledge… because most of it based on faith…

And building a life based on faith is what Mark Twain is talking about: you are basing everything, or most everything on something you believe… and is not true.

If you have 25 minutes, this lecture at Columbia University in NYC about whether there is intelligent life anywhere else is fascinating.