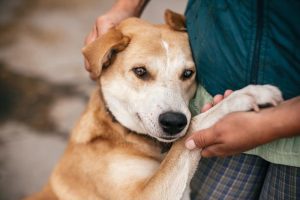 If, and when you manage to get out from behind your own eyeballs, you make someone happy… what just happened?

I have been alive for 75 years. I have experienced being made happy, made proud, only a few times.

What makes anyone happy is when what they do is acknowledged as useful. When they find that they were instrumental is someone else’s success, or happiness.

Not what you thought?

Humans by design are a lot like dogs. They are happiest when they are useful. When their companionship is appreciated… somehow shown. 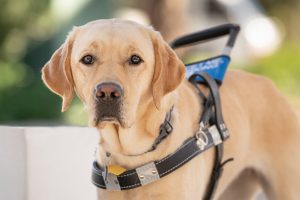 Guide dogs are incredibly helpful, making their human get around, like a somewhat complete life. But they are not happy. Because, for some reason, they are taken for granted.

I have observed guide dogs and their owners. Poor homeless people and their dogs. 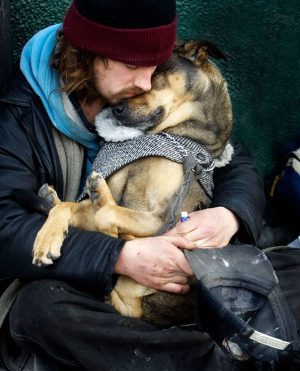 Night and day… between blind and homeless…

When you take anything or anyone granted, the other is not getting the feedback that they are a person and you appreciate what they are giving you.

My mother’s last words to my brother were: ‘I am done. I am not needed any more’. And then she died.

I am the same age as my mother was when she said that… and have been feeling just like her, not needed.

But this morning something happened that has a chance to change my mind about that.

Two of my clients wrote to me to ‘report’.

Also I wanted to thank you for today’s article– I had been engulfed in frustration for a long time, and I completely see that it was from expecting something I had no right to expect. And how many assumptions I made… there was a lot of clarity from todays article. But I also really appreciate the last part, about there being 2 ways to look at our self-image… as a resignation, or as a REMINDER… that was so helpful, I can really wrap my head around seeing ‘I am hasty & eager’ as a REMINDER… I needed that clarity, that was so helpful.

Thanks again so much,

And then the other.

Backtrack a bit – to last Friday’s call when I realized there was a gap and that gap existed between where I was and where I wanted to be. In anything.

And that you told me to ask for coaching. (Well – I hated that too).

But I spent most of Friday trying to think of how to ask for coaching and found it really difficult. I could ask how to lose 40 pounds, I could ask how to get caught up on my rent. But these didn’t seem to be specific enough or maybe too wide of a gap.

So the next morning when I woke up – I finally saw ‘steps‘. Bam. Just saw them – for the first time. Steps.

Huh. Steps are required. Nice. Which steps? For which thing(s) was I trying to close the gap on? What could I ask for coaching on to even get on the first step?

The ‘steps’ revelation was huge.

But I was still grumbling about having to do the 67 steps. I knew I could only do maybe one a week. Maybe.

Then your article on Wednesday had a meme and I’d seem it a million times but finally saw it for the first time. “To go where you haven’t been you have to do something you’ve never done” Holy Sh!t that hit me like a ton of bricks too. Of course!

I then WANTED to do the 67 steps program. As soon as I had some time – I began the first session. I had time for 20 minutes and I found that I was able to listen and then look. I finished the rest last night – took notes and will listen again before I report on it.

Even after the first half of the first step, I was seeing many things – putting them together and then seeing them differently. For example – I saw the straight and narrow differently. I saw that with regards to my health – I need to eliminate the foods that aren’t working to help slim down. Instead of using the idea of restriction, or specific diet, I was able to think of the idea of ‘dropping it’. Just drop it – so much easier to say and do than I shouldn’t eat that. And easier than saying ‘I should eat this’ with regards to following a ‘straight and narrow path to health’.

I imagined a hiker…

A hiker who takes all the camping gear he needs and then some. A big huge backpack with all these things dangling off the sides. How the heck can he hike up a mountain? How much effort does that take? Whereas a hiker who has a small pack for water and sun block can prance up the mountain like a gazelle.

I imagined a massive jumbo jet plane – the ones with showers, and an upper deck, or the army ones that carry tanks, and how much weight they carry – how much effort it takes to get them into the air. Then I imagined an ultralight aircraft gliding through the air almost like a kite – effortless. Like a hot air balloon dropping weights and soaring. Dropping what doesn’t work suddenly makes sense to me.

I also saw how I act in scarcity and in abundance.

Just today. I saw myself switch from one to the other. And I realize that I have done this before. Not thinking abundance in a ‘positive thinking’ way either. Just a different mindset. And I saw myself ugly when I was in the midst of scarcity and how I put the blame entirely on others, and rage my anger on them.

I have been practicing the willingness, responsibility, intention and eye switches for the past two weeks also. I find this really helps take me out of procrastination. But when I am in the throws of scarcity I am finding it difficult to get out.

Is it because I saw her as a person and not as an object? (I just saw this now as I write it.)

So my coaching question is – I need help when I am in full blown scarcity mode – what would be the best first step to get out of it. I don’t think awareness is strong enough to do it yet.

Brilliant. I am needed.

So here is the answer I gave to the coaching question: how to get out of the scarcity mode.

Her instincts that activating one of the four switches is right on.

Here it goes… my answser

switching out of scarcity: it’s counter-intuitive. I first wanted to say acceptance, but that won’t work for you… won’t even work for me.

So it needs to be stronger. You need to intend for all the things you don’t want, don’t like to be there. Like directing traffic. Make it go where it is going. With the intention switch…

Once it is where you intended it to be, it loses its power.

Scarcity is an imposition without it… and an ‘of course’ with intention.

Once the imposition disappears you are back in your power.

If you don’t know how to use the intention switch, you can probably learn it from the switches class I had a few weeks ago.

Learn to activate the switches
If you don’t know what the switches are then here it is: 1. activate the will, activate responsibility, activate intention. And the fourth we just cursorily address in this workshop connects you to source.

A switch, when you activate it, stays on for about an hour… so that you can do all the things that need the will, the responsibility (causing, choice), and intention… You need them for most everything that you don’t do, so your life is stagnant, or stuck.

The two people who wrote the thank you email have their self-concern at 10%. Other people who were in the same workshop: between 70% and 91%… no surprise they are silent.

I am almost certain they didn’t get the most important thing, maybe the only thing that can weaken the self-concern: using a humble self-image as a reminder… Here is what the first client wrote:

That has been my technique all along…

PS: there is a report somewhere that says that the same ‘move’ is what makes a woman irresistible to a man.