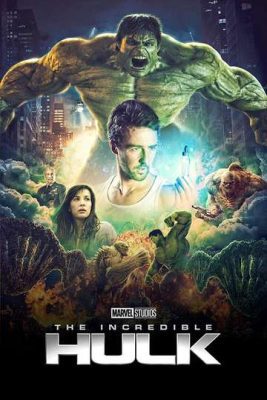 I am watching The Incredible Hulk (2008 With Edward Norton).

I have jumped up and paused the movie every five minutes so far… And I have been pondering why.

I can read two-three-four hours without jumping up…

And suddenly I realized: a movie forces itself, forces its speed, forces its ‘don’t think just take what I want you to think‘ attitude on you, so you don’t have any time to digest, to ponder, to have a say. None.

And maybe that is the reason humans never think. Information overload 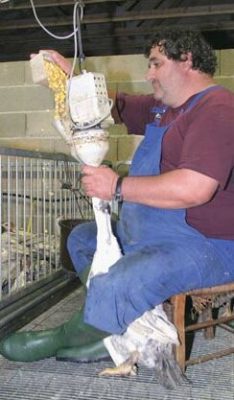 They are being force fed…

Force fed like the famous geese in Hungary. Famous for their soft down feathers, and famous for their enlarged liver (Foie Gras) that ounce for ounce cost about as much as gold.

The color of the liver is gold too.

This is not necessarily true when you read. When you read you can pause, and ponder. You don’t… but you can.

You are lucky if you can grasp one thing and retain it by the end of the data that is coming at you like an avalanche, hellbent to bury you. 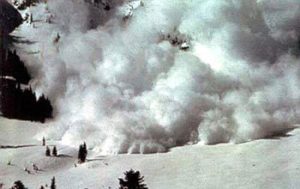 When it comes to action movies, like The Incredible Hulk, I haven’t trained my brain enough either.

I listen to Alex Hormozi’s videos at 75% speed…

…and it sounds to me normal speed… not slow. My brain isn’t fast enough to store and regurgitate his original fast video…

And then, to your utter surprise, you never change.

Guys like you are simply too focused on agreeing, disagreeing, understanding, or being outraged and offended over some little detail or opinion, without having any ability to grasp the context of whatever they are outraged by… and therefore completely miss the obvious.

I stole and paraphrased that sentence from an email I got this morning from my teacher.

But it describes the inner dynamic better than I can…

When you don’t allow what is said to get into intermediate storage (short term memory) then you’ll never be able to see the context. And without the context whatever you actually heard is either useless or harmful for your life.

Mind you, it does take some practice to expand the holding capacity of your temporary storage. And it also takes trust that most people are short on: you can filter out what you don’t want when you do the review. That is why it’s called in England revising.

So how do you practice to expand that holding capacity?

If I watched more movies, fast action movies, I would probably be able to expand my storage capacity from five minutes to even 15 minutes by consciously remaining The Observer, no emotions, no running commentary, no like/dislike, etc. Just GETTING it in.

Does anyone have more than 15 minutes? I don’t think so.

Your failing is that you consider what you have to say, while listening, more important than what you are listening to.

That is an attitude. Arrogant. Superior.

The higher your IQ the less arrogant you are. And the less inner chatter you’ll have while listening to anything.

Unless you manage to assume humility while you listen, nothing else will matter.

So how do you do that?

My inverse method finds the unproductive behaviors that are triggered by emotions. And culls them. Weeds them out. Manages them.

Because he didn’t do it this way, M. has failed to cause significant improvement in himself a year or two ago.

He invented a practice to stop the audio when he noticed his mind going away. Did all the thinking he felt he needed to do on the distraction, and then went back to the audio.

But he never effected his underlying reasons: the undertow.

The undertow is the arrogance.

If you don’t think you are arrogant, what makes you think that is arrogance.

Especially the segment that gets their guidance from The Bible or the Koran. The Bible says that all was created for the benefit of humans. Ugh. No wonder we are biting the hand that feeds us.

Anyway, your emotions, what flavor they are, are mapped out in the Bach Energy System.

Although you could use the energies embedded in audios, I recommend that instead you make yourself familiar with the behavior, so you can manage it.

They, the emotions, the inclination won’t go away. It will just be easier to manage when you don’t have to consider what your emotions say to you a fact, reality, a guidance.

Emotions aren’t guidance. They are misguidance in fact.

One of the reasons Bonnie has been able to grow is because in our sessions I point out the distinct and strong emotional reaction she has to certain things, especially with regards to trust, with regards to feeling that what she has is not enough.

I just retested her full Bach Profile from a year and a half ago. Many of the energies test ‘somewhat’, but the exact same ones test ‘yes’. Nine energies.

So if she weren’t an active client, what emotion would I recommend that she starts with?

The forceful insistence to think ‘positive’ is the same as Bach Energy #42: No matter what I do, it isn’t happening. LYING, to get off the hook, to get away with not doing, not giving, with stinginess. A big middle finger to the world. I won’t give you wood, even if you give me heat. haha.

This is the dominant Bach Energy and its behavior that excuses you from having to be responsible for anything, especially for you no results.

So how do you weed that out?

If you want your full Bach Energy Profile tested, you can.

Here is the link:

Get your full Bach profile