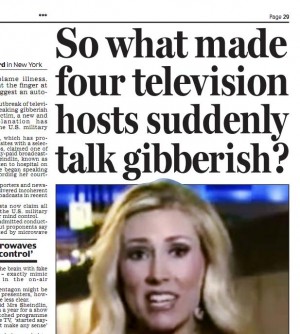 The general public, including writers, can’t fathom anything less crude for mind-control than the affirmations in the Brave New World, or the microchip in Interface. A little bit more subtle is the method in Snow Crash, but not much.

The general public, including writers, cannot perceive, cannot conceive, cannot believe in the idea that mind-control is much more subtle, and it is going on all the time.

Or maybe how it is done in reality would not sell books? That is possible too.

Who is controlling your mind and to what end? What do they want that they are doing it… and they have been doing it for about seven thousand years… maybe even more. 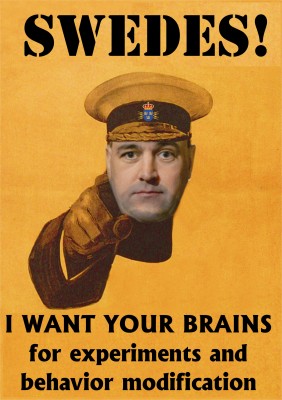 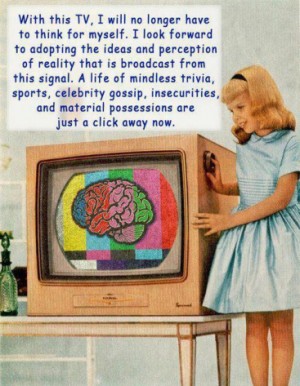 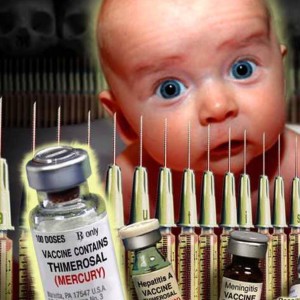 In this regard, to what end, the novel, “Interface” is what comes closest to showing the why’s and what for’s…

The Brave New World shows the world as it is AFTER the mind control people have done their work: we can see that all control, all influence, all morals, and all principles are dictated by a mighty small number of people. The rest is relegated to the job fitting to them: their job is to produce and consume. Produce and consume.

We cannot quite see who and how they benefit… that book was written almost a hundred years ago.

In Snow Crash it is one person’s madness: he wants to rule it all.

In Interface it’s a group of people, The Network, that is “protecting their financial interests”.

What is in common in all three books is a person’s inability to feel, realize, know that it is happening to them.

The goal? I guess total domination, but if they want that, they have succeeded already.

In the Interface what sets off their actions is an imminent threat to their financial interests. Some knucklehead US President’s careless speaking in a televised appearance.

What happens to one that stands in the way of these “powers that be” behind the scene orchestrator of our lives? What will they do to them?

In all the books their fate is death. Or obscurity.

How are they doing it? People go “apeshit” thinking of the thought of “them” spraying from air planes disease causing, or mind altering substances.

People have stories to tell about being abducted by aliens and have their mind altered physically.

People are afraid that the food supply, the water supply will get to them.

These are very gross methods: the mind is altered by subtle energies.

What is energy? This is the most frequent question I get from people.

Energies can combine, like I combine, aka bundle energies for easy handling and invulnerability.

When I infused the individual energies of Heaven on Earth in water, within a day all those energies were identified and countered. But bundled energies are harder to decypher: the order, the strength, the combination is complicated, just like breaking a code.

It is even more difficult when it is more than 40 energies in a bundle.

Not that the powers that be hasn’t tried… or aren’t trying.

Energies are great carriers of emotions: for about a year, every day some bad feeling was broadcasted… now it comes rarely, unless they can direct it, and it doesn’t come my way.

In the Interface the delivery mechanism was through radio waves, and through specific memories of the person puppetized…

I am writing to wake you up.

You can snap out of the reverie and start your recovery.

My programs seem to cause a fairly good recovery, and I am tweaking and shaping them so they work better.

I don’t know of any other program that works, not at this point.

If you think you know of a program that works as well, let me know. I’ll check it out.