All successful people share a number of principles by which they operate. Missing even just one of those principles will render you unsuccessful. So find out, at least, what you are missing… What you can’t see you can’t change.

The Anna Karenina principle describes an endeavor in which a deficiency in any one of a number of factors dooms it to failure. Consequently, a successful endeavor (subject to this principle) is one where every possible deficiency has been avoided.

The name of the principle derives from Leo Tolstoy’s book Anna Karenina, which begins:

Happy families are all alike; every unhappy family is unhappy in its own way.

So if you want to be successful, and who wouldn’t want that! you need to learn two things:

And once you learned those: practice them… implement them… master them.

I know no other program that gives you the opportunity to learn and practice that, other than the 67 steps coaching.

There is, to my knowledge, only one area of business that is not covered in the 67 steps. Marketing. The principles of that area are not part of the 67 steps. And to my chagrin when I heard those from some other teacher, I didn’t listen. I knew better. 🙁

And I am, and have been paying the price. Deficiency in any one of a number of factors of success dooms you to failure… I have had no other deficiency, due to having internalized all those principles, but I did have that one in marketing…

What is a principle?

A principle is a comprehensive and fundamental law, doctrine, or assumption.

The test of a principle is its portability: if it is not true in every area, then it’s not a principle.

What the 67 steps doesn’t teach some important hows. How to get guidance. How to learn, how to internalize, how to test out, and how to build on what you already got.

It doesn’t teach what are the ATTITUDES that are as harmful as jumping into an empty swimming pool… because you didn’t look before you leaped.

240 thousand people bought the 67 steps… and muscle test says: they all did it the wrong way, because the attitudes didn’t change.

Most everybody did it to learn something. So they did it with the homework attitude. They did it like they do everything else in their lives: with their eyes on the future, not on what they are doing.

Overvaluing information, which the 67 steps is, is the bane of the current humanity.

Information is worthless. Literally. It becomes worth a damn only if it is internalized, implemented, tested, and becomes a new foundation on which to build the next actions.

And although J. is excellent at doing the 67 steps, until the steps, the principles INFORM HER ACTIONS, they are just information: worthless.

It is the intellectual failing of our time…

I learned making things my own through the many diverse extracurricular activities I engaged with all my life.

I didn’t do the activities to get through them. I did them to do them. To experience them. To produce results in them, not with them.

But everything else I did, I did it for its own sake.

I know the eight billion hasn’t been doing life the way I have. But it is never too late to start… I promise.

So the 67 steps coaching program is a two-prong approach:

The 67 steps provides you with nearly all the principles distilled down by masters over the ages. And the coaching, the reporting, the finding and quoting of the principles you find, the guidance, together will give you the missing parts, that Tai either doesn’t know, or he doesn’t say.

So I kind of know what they teach in an MBA curriculum.

One important thing the two programs share: unless you implement, fully, what you learned, while you are in school, the program is worthless. So the missing worldview is building.

Everything worth doing builds something. And every result worth having is the result of having built something. And although that is not very involved, only 10% of humanity would consider it valuable enough to try their hands on it.

The rest doesn’t ever consider building anything.

70% of humanity can’t cook. Frying eggs is not cooking… yet. Cooking has layers… just like building.

This is why I recommend to some of my students to learn cooking… it is worldview altering.

I have the opportunity to observe people who kind-of have a business.

Except for 1% of them, their business has no layers: it wasn’t built.

No layers? no business.

Someone shared the other day: I just realized we haven’t advertised for exactly a year… and we are surprised that we are not busy.

Even my business lacks some essential layers!

So unless you change your mind, and consider building the crucial activity for success, success will elude you.

But because so few people even know about building, companies like ClickFunnels became so successful because the software does the building… while the user doesn’t have to KNOW and do the building.

Courses like ‘become an expert’ in five hours sell like hotcakes… But alas, expertise is built too. So is mastery, or even getting reasonably good at anything.

It is all building, and the eight billion doesn’t consider it essential.

Bands, like the Beatles, built the skills, the repertoire, the style, the looks over playing in Germany ten hours a day for many months… 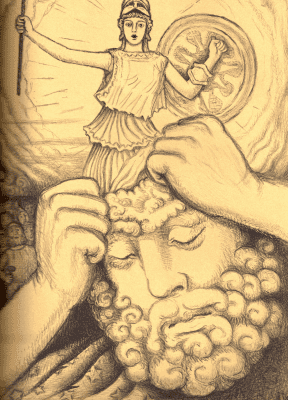 The fallacy that Pallas Athena popped out his daddy’s head, all equipped, fully clothed, ‘wise’ is now the shared belief of the eight billion…

And the overnight successes are obviously swimming naked… visible to all as the tide of boom is receding.

If you sign up to the 67 step coaching, I now will include a private one-on-one conversation where I look if that is a good choice for you.

It’s the biggest bonus I have ever given, so it needs to be time limited… I’ll decide when to stop offering it…

Are you ready to become successful?

Oh, one more thing to lighten you up: everything anyone teaches is a ‘mystery’, like the balloons this guy is selling. Look at what you bought and make your decision. But no matter what, don’t lose your sense of humor, even if what you bought isn’t what you wanted. lol.