There are probably many origin myths. Every group has one, because curiosity is as innate with humans as wanting the best life possible.

An origin myth explains why humans are the way they are… and in a way it also serves as a ‘how to play this game of life’ instruction book.

I am familiar with the ‘god created everything in six days and on the seventh he rested’ myth. Unfortunately, when I look, it doesn’t explain anything well, and it gives instructions that need a PhD to understand, let alone follow. So no, I don’t buy this myth, even though billions of humans do.

I like the Kabbalistic origin myth because in my work of penetrating the invisible I haven’t found anything that doesn’t seem to fit. This includes science too. 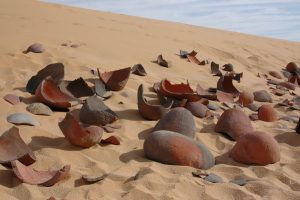 For purposes of this article, I will restrict myself to the vessel.

I am retelling the myth here, so you have the whole picture, even if I don’t go too deep.

This was well for billions of years. But at some point The Light said: I am bored. I want to bestow my light on something… but there is nothing to receive it.

So after another few billions of years The Light had an idea: I will create a vessel for just the purpose of receiving light… and The Light, everything and nothing, fashioned of itself a vessel.

And then proceeded, for billions of years, to bestow light to The Vessel. And it worked. The Light was giving, The Vessel was receiving, and all was well. 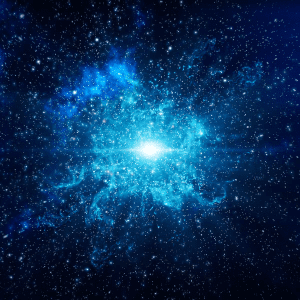 But one fateful moment The Vessel said: ‘No more. I will not receive any of the light any more, unless I also have something to give light to. I am experiencing bread of shame!’

But there was nothing else, so The Light withdrew itself into an infinitesimal space… that created a vacuum. It shattered The Vessel into myriads of fragments, and in that space the physical universe was born into.

The fragments of The Vessel are the souls of humanity…

Now: let’s fast forward to 2023. Eight billion people live on the Planet, and each has a soul. 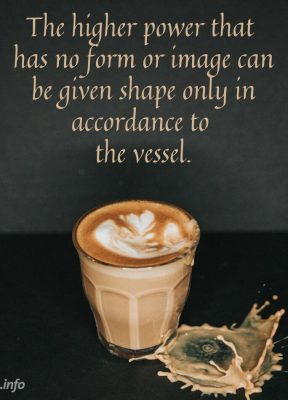 The soul is part of the original vessel that was created to receive. Pure receiving. Desire to receive for the self alone.

Then came the desire to give, the desire to channel the light to something or someone else. Desire to receive for the sake of sharing.

Each fragment of the original vessel has both components as drivers competing with each other at every moment.

Each soul deals with this internal competition. The goal is, and we call this soul correction, is to have both, and yet choose desire to receive for the sake of sharing, because it makes life more enjoyable, and easier to live in the world. The path to the best path possible.

Interestingly, Kabbalistic numerology predicts the variety of ‘desire to receive for the self alone’ making it easier for me to identify.

Now, depending on a person’s reaction when their tendency for ‘desire to receive for the self alone’ is pointed out, I can predict how well their soul correction, and their life is going to go.

Now, who or what is doing the reacting?

This is the most important question that everyone misunderstands.

You are not your soul. You have a soul. And the soul is telling you stuff… The soul is like an employee. you either assume being the boss, or your soul is going to make your life hell.

You are also not your ego, if there is such a thing.

You are not your behaviors, your color, your ethnicity, your nationality, your religion, your gender, the shape of your body or face. Instead you HAVE THOSE.

If I were asked to say what makes you think that you are all those things you have, I would say it’s the Ego. The Trickster.

It loves you to react, to resent, to fight, to regret, to argue… It tells you that whatever any of your employees, any of your friends of family, anyone you know does, says, makes YOU guilty, look bad or occasionally look good.

That is the entity that chuckles when I point out a way you are behaving counter to what would work.

It, that entity, says something profound that is a lie: that you, who you are, depends on the behavior of all the members of your team. That you are as changeable as the wind, that you have no substance… But it’s a lie.

You are solid. You are all good. You are unchangeable.

Without the Ego, or whatever that entity is called. without its whispering in your ears, you would have a sense of self… You would know that you call the shot. That you are the boss. You are the owner. No matter what the entity says…

The more you have allowed Ego to call the shot and tell you what to do, the more you are jerked by that Ego… the more you experience like a dog that is wagged by the tail.

The more prone you are to consider yourself your results. You characteristics. Your ethnicity, your gender, your behavior, your sexual preference, your looks, your age, etc. Your thousands strong team.

And the more vulnerable you are. And the less energy, the less attention, the less interest and ambition you have to live a good life.

You are at war at the urging of the Ego.

All the invisible dynamics I teach are actions, activities and attitudes resulting from the Ego’s whispering.

All of them. The Racket. The Itch. Also, The Pebble in your shoes. The Perpetration/withhold. Morass: you not listening. The having to, needing to, wanting to, and should. All 100 invisibles, 100 or so.

It is the Ego’s whispering that made nearly all the people I sent an amazing teaching audio yesterday not want to open it and learn what it teaches.

I already know. I don’t need it. It doesn’t apply to me. I don’t want to know.

You see, without you being able to shed all the not-you, without you even knowing that the not-you is NOT YOU! your chances for happiness, fulfillment, love, and even health are between zero and none.

There are approximately 1000 people on the planet who know that they are not their behavior, not their public image, not their evil inclinations, not their money, not their accomplishments, etc.

They know, moment to moment, that they are them. and they have all the other things, the behavior, the public image, the evil inclinations, the money, the accomplishments etc.

And if you look, only when you manage to separate the lentils from the ashes like the birds in Cinderella, only then you see yourself as a person.

And only when you are separate from all that is when you can see other people as persons… without the hangers on.

Then you’d be able to see that someone posting junk food pictures of Instagram, for example, is not a junk food eater. The behavior and their self is not collapsed in your mind. You would see that the pictures, and even what they eat doesn’t change the person. The person is the person. What they eat is what they eat. It’s a HAVE. Not an IS.

The self, the person is unchanged by any of their attitudes, actions, or by anyone’s opinion.

Let me take this even further: America is a self. And every action, every attitude, and every person who does good or bad is what America has… not ever changing America.

Capisce, capiche, capische, or capeesh are all spelling variations of the Italian word, capisci… And no matter how you spell it, it means the same thing. The meaning doesn’t change by every spelling, by every person who says it…

If you believe that it does, I know that you are very unhappy.

This is the most important thing to learn, this ‘I have a self and I have many aspects, behavior, attitude, etc. But I am the boss… and what I say goes.’

The Ego tries to tell me otherwise, but I’ll do my best not to listen to the Ego…‘ (Amish Horse Training Method?)

Believe it or not, it takes more energy to suffer than it takes to produce.

And that energy you have been wasting on doing the Ego’s bidding, has rendered you ignorant, dumb, dull, and the opposite of astute.

You are not your mind, and being afraid for your precious I will eat up all your life…