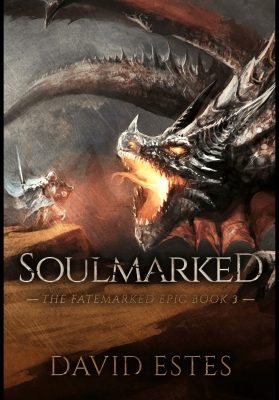 Most of the things that are visible, you are not able to see.

It is like seeing the back of your head: you need a mirror to see it. A ‘talking mirror’, meaning: another person. An observer.

I have been reading this fantasy series by David Estes. Heromarked, soulmarked, fatemarked, whatevermarked… I like it, I just don’t remember the titles… sorry.

They want one, because an empty and meaningless, a purposeless life is difficult to live because it is empty.

You don’t know if you are fulfilling what you were given life for. 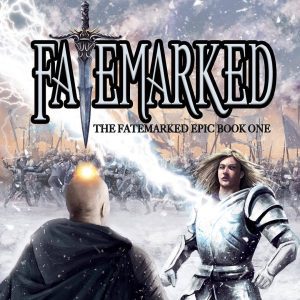 So some of those characters in the books have a fatemark, a superpower, and with that a purpose. A job. Something to fulfill on…

There is the peacemaker, the key, the hero, etc.

In some of my articles I ask readers: what is your superpower?

Mine is ‘penetrate and make sense of’. Unfortunately my superpower is not ‘make it easy’. I would be rich if I had that. Yes, I make sense of the world, but on my own level, not on the level of the masses.

The gap between what I teach and what people can use is too wide.

After 35 years and countless courses and workshops, books, five million words written as articles, I decided to employ a bridge… the 67 steps.

Between you and me, even the 67 steps is too high for a kindergartner.

Tai Lopez, the creator of the steps and also the speaker, is translating the available principles and knowledge to his level, that is, let’s say, low college level.

The principles themselves come from PhD and postgraduate wisdom level people. Tai translates from their work what he can grok, what he can relate to, to his own level.

240 thousand people bought the 67 steps. In my muscletesting not one of those people managed to translate the gold to their own level where it would turn into new growth.

Using the rain analogy again, the surfaces may have gotten wet, but the wet didn’t penetrate. It didn’t cause new growth.

It is obvious that Tai can’t see, can’t fathom, can’t even get curious about higher levels of integration: on what integration may mean there, even though in another step Charlie Munger provides a wisdom level explanation. The dots aren’t connected. No integration.

Tai stumbles in many of the steps, again and again.

And yet he is quite an excellent bridge. Except low college level is still too high for the people who need the knowledge. And people need it, desperately.

The food also needs ‘translators’… and the human body has them by design. Myriads of micro organisms, bacteria, fungi, and enzymes, and chemicals…

We humans relate to knowledge as if it didn’t need ‘digestive juices’… as if it could become useful and used instantly without any processing.

That is the promise and the lie of the mind.

Anything that is in the mind is undigested and useless, unused stuff… and in a way that stuff is even harmful: the stuff prevents better knowledge to enter, and the stuff gives you a sense that no matter how much you try to learn, nothing changes.

And that is true. Undigested, unusable knowledge (food) is not going to change anything to the better. To the worse: yeah, often.

There is this interesting and devastating thing I am seeing when I look around. On the Settleheads. On the political hubbub. Even on some people who managed to be very effective in some area of life.

They don’t bring the same ‘digestive power’ or even intent to every area of life. They never distinguish that in their successful area they had something that they don’t bring to other areas.

Humans can’t tell if they are using what they hear, information, or they are just reacting to it.

Some people, actually most people, have NEVER digested any knowledge. Never made anything useful. They may be regurgitate a lot of undigested raw stuff, but they never got any nourishment from any of it.

They need someone to ‘chew’ for them, to break down what would, what could turn into nourishment. They need a ‘bridge’ fatemarked person.

A ‘desire to receive for the sake of sharing’ job… a channel. Not the kind people fancy themselves channels: ‘I am channeling this entity or that entity‘ b.s. No. The kind of channel, where knowledge goes in one end, and knowledge broken up into more digestible pieces comes out on the other end.

Like Angelo D’Emilio used to be in Landmark. Before they made it a requirement for ‘leaders’ to become ‘delivery people’, deliver the ‘oracle’ verbatim. Keep it so dense, that no one gets it. Yeah, that is how they do it.

Integrity, for example is hard to get. WTF is integrity?

So Angelo D’Emilio struggled with it, and came up with something that resonated for everyone.

Rarely ever for most people. But at least you can tell at any moment… while the integrity statement left you high and dry.

I need an Angelo D’Emilio to make ‘the work’ digestible for those who want it.

At this point I have a student who is pulling off an amazing feat already: she is making the 67 steps digestible for those for whom it is too rich. And that is all the people I know.

As I am on my last leg, that is a big question I need to decide: does ‘the work’ in the way I teach it, has any value for anyone? Is it worth preserving it after my passing?

After thinking long and hard, without diminishing the value of my work, I have to say that without a ‘bridge’, without someone making it make sense to people: my work has no value for people.

I am not the first person in history whose entire life’s work is useless to humans, because they are not ready for it.

Isaac Luria, 16th Century Kabbalist. I could even go as far as saying that any of the real Kabbalists… Shimon bar Yochai, for example.

An entire organization, the Kabbalah Centre is based on Yehuda Ashlag’s teaching, but none of the people in the Kabbalah Centre connect to the Creator, no matter how much they talk about it. And without connecting to all of it, all the knowledge is b.s.

Tesla, Nicola Tesla is another person whose theories have been bastardized because they are not on the level of the common man.

The most important law (I think) of Judaism is that god created it all, but our job, humanity’s job, every human’s job is to improve on it. To whatever degree we can, to repair it. Tikkun Olam.

You repair the world (Olam) by repairing your soul.

The bridge’s purpose is to learn so others can benefit from their digested knowledge. Not through teaching, mind you, but through their reporting what they learned.

In the Prison Break (67 steps) coaching participants listen to an audio and then report on what they learned.

If I don’t produce a digested version of the step, then you either didn’t learn it, or you learned it only for yourself.

I have been documenting this, as fast as my health allows, on this site: PrisonBreak.fun

Sometimes a participant surprises me… they actually learned something and I can get their digested version. Yay. Alas it happens rarely.

And then someone comes who can be that bridge consistently… Without knowing that they are.

The challenge is: can they be the bridge and be happy being that, or are they going to turn into ‘teachers’…

All teachers teach for reasons of desire to receive for the self alone. That is one of the reasons we now have an eight billion strong ignorant humanity.

Even beloved Fred Rogers (Mr. Rogers) did what he did from ‘desire to receive for the self alone’… to be right.

In the Fatemarked series the Oracle of the West thought up a scheme to save the world, to create peace.