You can make-believe it happens, or pretend that something’s true.
You can wish or hope or contemplate a thing you’d like to do,
But until you start to do it, you will never see it through
‘Cause the make-believe pretending just won’t do it for you. ~ Mr. Rogers Neighborhood 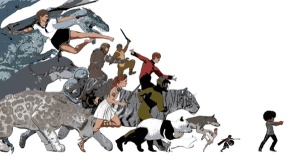 Children get it that make-believe is not satisfying, so maybe you can too.

It is about reality vs unreality. Unreality: imagination, make-believe, and should that is as unsatisfying as eating broth with a fork.

Rudyard Kipling wrote the poem, ‘If’. Read the poem and search your soul. If your soul wants for you what is in the poem, if the poem inspires, you, then keep on reading.

The poem is about BEING. Beingness that could become a goal for humans, humanity, for you, to attain.

Being free from any pressure, any grief, any slavery that humanity suffers from.

That way of being is so different from how people are today, it is staggering.

What’s the difference, deep deep at the core?

He writes about the Man who interacts with reality instead of the mind. Instead of opinions. Beliefs. Shoulds and other unreal things.

A man like that is as rare as a diamond the size of your fist. 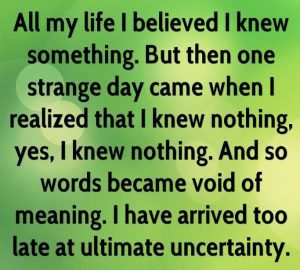 And the rest, the eight billion: nearly 100% of their time.

The difference between the two groups is surprisingly in one thing and one thing only: where they look at the world from.

So when you look at the world from behind your eye balls, you are interacting with unreality…

…and you cannot be effective, and you already have some words and some emotions that will keep you unhappy, unfulfilled, and disempowered.

The art is to look at the world through the sober eyes of the Observer. We call it the sideways view. 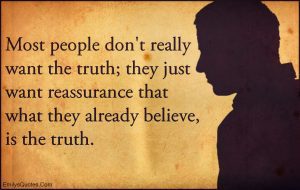 And when you notice that there is emotion in the way you look, you’ll now know to step aside and allow the Observer to look, the sober eyed Observer, not the emotional self that gets everything wrong.

Every single ‘it’ statement of the Kipling poem is only possible if and when you look at everything through the eyes of the Observer, meaning: in the sideways view.

In the Reality Challenge

In the Reality Challenge you’ll take on a single way the mind can make you miserable, and learn to see it and sidestep it. Sidestep it so you can see the world without it.

The challenge will go as long as it will go. You need to self-manage, because I can’t do it for you.

Your job is to pick one misery maker. I recommend ‘should’ and with it ‘should not’. They always come together. 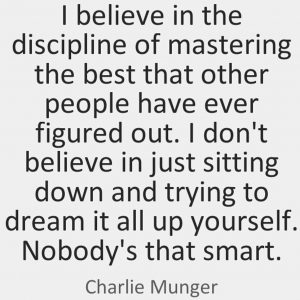 Should is one of the easiest and mightiest miserymakers…

Your first job is to learn that you have always thought that there is nothing wrong with should. That you thought that maybe it is an effective motivator, but if you look at your life, it hasn’t been so.

So your first job is to learn that you have been incompetent in identifying and catching the miserymaker, should, because you thought it is a good thing. It makes you feel bad and that will motivate you… right? Not.

And your job is to start noticing it and noticing its effect on you: instead of motivating you, it makes you do stupid things, like jump, hope, fantasize, and it makes you land on your ass.

Nothing more, until you can see it everywhere.

If you think you should go faster, it is the same unreality, just applied to this program.

You can’t get to third base without completing first and second base.

Second base will be looking in the sideways view and seeing the should fall away.

Third base will be mastery.

But you see, unless you can catch every single ‘should’, you will still live in misery.

The Reality Challenge is starting. It is true that you can join any time, but there is no better time than now. Really. You also get 10 free days, so you can see if you have the time, the desire to continue or not.

The challenge is simple but not easy.

Its goal is to take you to choice… Real choice.

To take you to a place where you have choices, choices you now don’t have. In unreality it seems there are no choices.

Here is the buy button to sign up to the challenge. It’s inexpensive, because it is brand new. And at $10 a month you won’t get much personal attention.

Sign up for a chance to have choice in your life 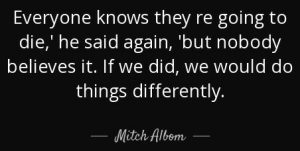 PS: Why is the competitive plane, the horizontal plane is called The Valley of the Shadow of Death?

PPS: Interestingly and surprisingly doing the Prison Break program the way I ask people to do, looking for the principles, opens up their previously non-used ability: to look in reality. I am still looking what to do with that discovery.

Also, when they do it the way they do everything… their ability isn’t opened up, isn’t used: they remain the way they had been before they started the program. Maximum 1% reality can ‘sneak in’.