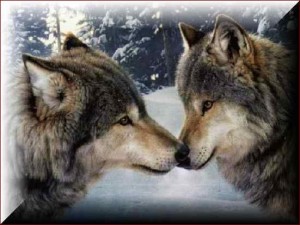 Summary: most of us want changes but we are all going the wrong way about it. This article goes to the heart of the matter. It will fly in the face of everything you know about making changes.


Quoting From Scientology: “To stop any creation it can be established that one once knew one was creating it, finding that thought and making it known again, or one can simply create newly and consciously what one is already creating unconsciously. In either case the creation stops. The wrong way is to start a new creation to counter against the old creation; when one does this he gets confusion and chaos.”

But why do I cry every time the movie comes to mind, and what does it have to do with what we are talking about?

In the movie, our hero lives his life, creating every minute of every day, that his father left him because he didn’t care. That his father didn’t love him.

Obviously this creates a certain kind of reality and a life consistent with that.

Unlike most of us, our hero has a chance to find out that he was creating exactly the opposite of what was the truth. His father loved him, more than anything else in the world.

The uncreation of that reality (MY father didn’t love me) is symbolized in the movie by the hero being able to play the cello again.

Now, why would I cry? Because I have been creating a similar reality for myself. In my case it is my mother that I singled out to create as not liking, not loving me.

The common “wisdom” is to turn the thing upside down, and try affirming it. The Native American tale doesn’t say “kill the wolf that you don’t want to feed.” It says: just don’t feed it. But, although it doesn’t say it, with wolves it is obvious: don’t forget about it, or you’ll become the food… the one who is killed. lol.

I can say that every time I forget about my wolf, my mother didn’t love me, I unwittingly set myself up to become dinner for the wolf. And I have been doing it with some regularity. Life HAS TO respond to the creation, life has to be consistent with it, in my case “how come my mother didn’t love me? What’s wrong with me?” to which my canned response is “because I am a worthless blah blah blah.”

And then life responds by giving me what someone worthless would get… it works perfectly… your creation creates the whole world, consistent with your cornerstone.

5 thoughts on “How do you change your life once and for all?”