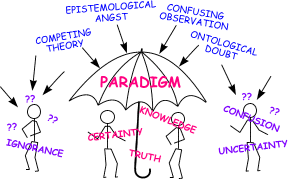 If the caterpillar/butterfly analogy were a good one, every human would be on their way to become a Human Being. It would be a DNA imperative: you would go whether you want or not. Human Being is not coded into your DNA. The space is there, the potential is there, but you need to activate it.

Humans are not like caterpillars, human being is not part of the life cycle of a human. If it were, then becoming human being would be a DNA imperative: you would go whether you wanted or not. Human Being is not coded into your DNA. Until you are born to someone who has activated the DNA imperative, it is a personal achievement. You will go, but your sibling won’t… Once enough Human Beings are born, the new group, the Human Beings, who have a higher capacity for survival than humans, become the leaders of the world. In case some natural catastrophe hits the planet, the lower level species could become extinct, like the early humans, and humanoids. Or there could be a peaceful co-existence… if it is possible.

Going from human to human being is an evolutionary jump, much like going from ape to human: a whole new level of organization of life: the introduction of language created a whole new species. 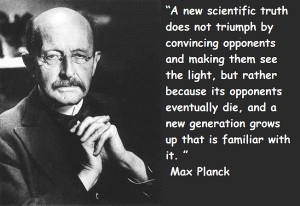 Just like the insight of Max Planck created a whole new “species” of physics. Physics for the new species.

The difference is in the invisible dimension of the species: only experimentation, only results will show the difference.

For a brainy caterpillar, quantum mechanics is a brain teaser. For a butterfly it is reality: malleable. 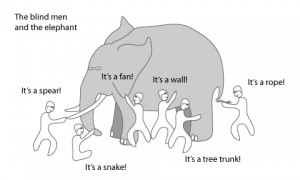 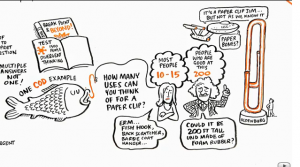 We all live in “our”, as if it were the only paradigm existing. Paradigms are parallel universes. You cannot see a higher paradigm from a lower paradigm: the boundaries are like one-way mirrors: from the lower side you can only see yourself, from the other side, from the higher paradigm’s side you are clearly visible, as if there were no mirror separating you.

Seeing the boundaries of a paradigm is very hard in both directions: everything is determined by your basic context, and you project. Even in butterfly paradigm: I am starting to see signs of that. But once one sees, one cannot deny having seen it… and cannot prevent seeing more of it.

Paradigm jumping is a great idea, but you can see, perceive, accept parts of the other paradigm that match your own.

Even if by some “miracle” you could spend a day in the next higher paradigm, you would see only what’s the same as yours… but not its essence. Why? Because it is not possible to see it until you consciously enter into it. The friend I mention in the previous article was semi-conscious: not conscious enough to see enough, to see the causality, so he got there, basically by a miracle… miracle is what you can’t cause again… lol.

That is why you are not growing. You live in a paradigm where people can do something for you. Where knowing or understanding something is of any value. So you won’t do any work: that is not part of your paradigm. Earning is for suckers… that is your paradigm.

Faith is a paradigm shift

When religious people talk about faith, it is because faith is something that could make you do the things that don’t make sense, or outside of the reality of your paradigm.

Faith takes energy, lots of it. Because faith is not belief: belief is a code word for suspending doubt for a moment.

If the first fish didn’t have something akin faith when it climbed out on dry land, humans would never have come along.

If you don’t climb out on “dry land” where seemingly nothing can live, you’ll never become a Human Being.