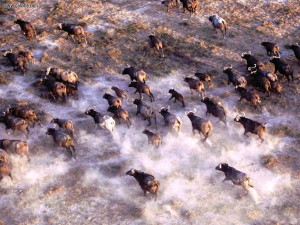 You need to do your own thinking. Why? 1 Because that is what it means to be human. Don’t know how? You are not alone. Schools don’t teach thinking, because it cannot be standardized, and because a thinker cannot be controlled as sheep.

Here are some methods of thinking, in bold strokes: 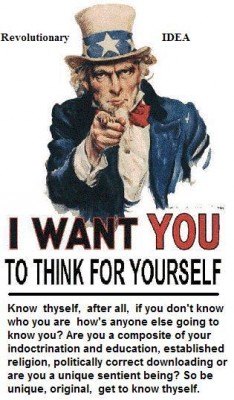 The inquiry Buckminster Fuller engaged in for about 60 years: how to live on this planet in such a way that plenty is available to all.

My inquiry is more like the inquiry of an archeologist: what happened, when it happened, what was the delivery mechanism if any, that distorted human’s perception of the world, and brought “mine” and words as such to dominate and make people kill each other…

Animals, if I am not mistaken, don’t do it. They kill to eat, or fight to mate… but don’t kill for righteousness, don’t enslave each other.

So it must have been words… when, what words, and who said them.

Who and what perpetuates them is clear… but just like you can’t build a castle that will stand the ravages of the times, you can’t build a culture on the rotten, virus infested foundation of another culture… that is why in all revolutions against despots created a new class of despots: the leaders of the revolution…

All reforms left the foundation untouched… and made absolutely no difference.

This is true for groups, societies, and it is true on the personal level.

We need each, to dig down to the foundations and dig them out, so we can build a life based on real values, the values of a human being.

Just a little piece of the rotten foundation left, and your life and consciousness returns to the rotten place again real fast. I see it in the students that elevated their consciousness only to return to deep despair and low vibration fast.

Will I succeed in a lifetime? Probably not. Will I have success stories? Probably. Am I OK with that? Yes… Not resigned, not complacent, just accept reality as reality.