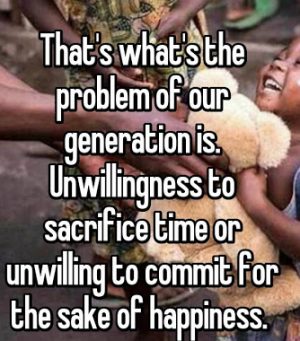 In the late afternoon of April 18, 1521, in the city of Worms, Germany, Martin Luther, 37 year-old Catholic monk appeared before Charles the Fifth, the Holy Roman Emperor at the imperial assembly. Luther was called to answer certain charges and to make public confession to the ‘errors’ found within the multitude of books he had written.

The speech he delivered that day, ‘Here I Stand, I can do no other’ marked the beginning of the Reformation, a critical turning point in Christian history that decisively altered the spiritual map of the world. 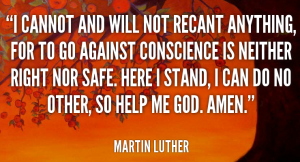 It was a calling… a calling that I say is what is underneath a commitment. Many have a calling, and almost as many deny it, don’t commit to it… and suffer for it.

Commitment. Not another ‘I have to do‘ thing, not another should.

Commitment, the one that comes from within is self-expression. A calling.

So why would so many people avoid even looking what their commitment would be like? They seem unwilling to commit.

In this article am going to look deeper…into why, energetically, people are unwilling to commit. END_OF_DOCUMENT_TOKEN_TO_BE_REPLACED