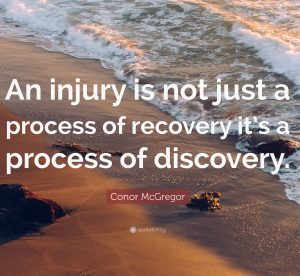 So you do what you are doing, think what you are thinking, feel what you are feeling only so-so… A student of mine coined the phrase: in the neighborhood of truth.

If you can’t physically stop doing what you are doing, etc. then you withdraw into the cave of your mind, and languish there.

It is a safe prison… more like a tomb. You don’t have to be with yourself.

Why don’t you want to be with yourself? Because when you look into yourself, you find evil inclination, you find ugly, and ultimately you find empty. Not empty as in nothing, but an abyss. You get scared and you run back to your periphery, where it is so busy, you don’t have time to even contemplate that there is nothing inside… that there is no you.

One of the big interruptions, potentially, are the times when you get sick.

When you are sick, your job is to be sick. And be sick. Allow the body to do the work, it is equipped, 90% of the time, to do the work with proper nutrition, proper hydration and no medication, not even herbal. 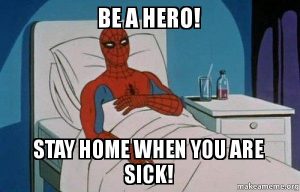 In some cases the body tells you not to eat, and it is wise to listen to the body.

Most people, when they are sick, they want to do the things they normally don’t want to do… just to avoid being with themselves, alone. Or watch TV and videos. Anything to not have to be present, aware, absolutely anything.

That is probably the worst distraction, because when you are sick your brain isn’t working properly (if it ever does!) and you will regret doing most everything you did, while you were sick. I tested this… and I am about half as smart as I normally am since I got sick about a week ago.

As I said, after I finished The Fountainhead, I started to read again Osho… The Awareness book.

And did find something I find interesting enough, relevant enough to share it here.

To the degree that you identify with things on the horizontal plane, to that same degree you are miserable, and can’t be in the present moment.

Surprisingly, maybe, the number in the Starting Point Measurements, the “about you” score is the same as to what degree you identify with whatever anyone says, whatever you read, your religion, your nationality, your personal and racial history, etc.

You are not your feelings, not your thoughts, not your history, you are, if you have a Self already developed, a Self. A consciousness.

Before that you are seeking to fill that empty space that should be you, every opportunity you have.

It fills the space with “not you”… so it was a mistake.

Things inform you, but if and when they make you… you are not a person, sorry to say.

Same thing is happening with the quadrants of Beauty, Truth, Goodness and Power. You are identifying with it, or arguing with it.

The East has a totally different outlook, first, it says no problem is serious. The moment you say no problem is serious, the problem is almost 99 percent dead. Your whole vision changes about it. The second thing the East says is that the problem is there because you are identified with it. It has nothing to do with the past, nothing to do with its history. You are identified with it — that is the real thing. And that is the key to solving all problems.

For example, you are an angry person. If you go to the psychoanalyst, he will say, “Go into the past … how did this anger arise? In what situations did it become more and more conditioned and imprinted on your mind? We will have to wash out all those imprints; we will have to wipe them off. We will have to clean your past completely.”

If you go to an Eastern mystic, he will say, “You think that you are anger, you feel identified with the anger — that is where things are going wrong. Next time anger happens, you just be a watcher, you just be a witness. Don’t get identified with the anger. Don’t say, ‘I am anger.’ Don’t say, ‘I am angry’ Just see it happening as if it is happening on a TV screen. Look at yourself as if you are looking at somebody else.”

You are pure consciousness. When the cloud of anger comes around you, just watch it — and remain alert so that you don’t get identified. The whole thing is how not to become identified with the problem. Once you have learned it … then there is no question of having “so many problems” — because the key, the same key will open all the locks. It is so with anger, it is so with greed, it is so with sex. It is so with everything else that the mind is capable of.

The East says, just remain unidentified. Remember — that’s what George Gurdjieff means when he talks about “self-remembering.” Remember that you are a witness, be mindful — that’s what Buddha says. Be alert that a cloud is passing by — maybe the cloud comes from the past, but that is meaningless. It must have a certain past, it cannot come just out of the blue. It must be coming from a certain sequence of events — but that is irrelevant. Why be bothered about it? Right now, this very moment, you can become detached from it. You can cut yourself away from it, the bridge can be broken right now — and it can be broken only in the now.

Going into the past won’t help. Thirty years before, the anger arose and you got identified with it that day. Now, you cannot get unidentified from that past — it is no longer there! But you can get unidentified this moment, this very moment — and then the whole series of angers of your past is no more part of you. You will not have to go back and undo whatsoever your parents and your society and the priest and the church have done — that will be a sheer waste of precious present time. In the first place it has destroyed many years; now, again, it will be destroying your present moments. You can simply drop out of it, just as a snake slips out of the old skin.

The past and its conditionings do exist — but they exist either in the body or in the brain; they don’t exist in your consciousness because the consciousness cannot be conditioned. Consciousness remains free — freedom is its innermost quality, freedom is its nature. You can look — so many years of repression, so many years of a certain education. In this moment when you are looking at it, this consciousness is no longer identified; otherwise, who will be aware? If you had really become repressed, then who would be aware? Then there would be no possibility of becoming aware.

If you can say “I spent twenty-one years in a crazy educational system,” one thing is certain: you are not yet crazy. The system has failed; it didn’t work. You are not crazy, hence you can see the whole system as crazy. A madman cannot see that he is mad. Only a sane person can see that this is madness. To see madness as madness, sanity is needed. Those twenty-one years of crazy system have failed; all that repressive conditioning has failed. It cannot really succeed — it succeeds only in the proportion that you get identified with it. Any moment you can stand aloof… it is there, I am not saying it is not there: but it is no longer part of your consciousness.

Analysis is a vicious circle. If you really go into analysis, you will simply be puzzled — how is it possible? If, for example, you try to go into the past, where will you end? Where exactly? If you go into the past, where did your sexuality start? When you were fourteen years of age? But then it came out of the blue? It must have been getting ready in the body, so when? When you were born? But then when you were in the mother’s womb, wasn’t it getting ready? Then when, the moment you were conceived? But before that, half of your sexuality was mature in your mother’s egg and half of the sexuality was maturing in your father’s sperm. Now go on … where will you end? You will have to go to Adam and Eve! And even then it does not end: you will have to go to Father God Himself — why in the first place did he create Adam? …

Analysis will always remain half, so analysis never helps anybody really. It cannot help. It makes you a little more adjusted to your reality, that’s all. It is a sort of adjustment, it helps you to attain a little bit of understanding about your problems, their genesis, how they have arisen. And that little intellectual understanding helps you to adjust to the society better, but you remain the same person. There is no transformation through it, there is no radical change through it.

Witnessing is a revolution. It is a radical change from the very roots. It brings a totally new human being into existence, because it takes your consciousness out of all the conditionings. Conditionings are there in the body and in the mind, but consciousness remains unconditioned. It is pure, always pure. It is virgin; its virginity cannot be violated.

The Eastern approach is to make you mindful of this virgin consciousness, of this purity, of this innocence. The Eastern emphasis is on the sky, and the Western emphasis is on the clouds. Clouds have a genesis; if you find out from where they come, you will have to go to the ocean, then to the sun rays and the evaporation of the water, and the clouds forming … and you can go on, but it will be moving in a circle. The clouds form, then again they come, fall in love with the trees, start pouring again into the earth, become rivers, go to the ocean, start evaporating, rising again on sun rays, become clouds, again fall on the earth … It goes on and on, round and round and round. It is a wheel. From where will you come out? One thing will lead to another and you will be in the wheel.

See how different his approach is from the Western fix-it, self-reflection, endless “me-me-me”.

While you and most everyone refuse to do the work of witnessing, and being in the preset, the process of living.

Obviously I am still sick. So this article is a little disjointed. I apologize for that.

I was going to be well by today, but then I ate… fish, nothing heavy, but it set me back several days. So I am still sick.